Just like the anime of the same name, Afro Samurai on the PS3 and Xbox 360 follows the exploits of Afro, a black samurai on a quest to find two sacred headbands which apparently imbue the wearer with incredible power. The story sticks pretty closely to the anime, but jumps around from past to present frequently, which can be a little confusing.

Players control Afro from a third-person viewpoint and must run through a series of enemy-infested stages, hacking foes to bits and solving the occasional low-key puzzle. Afro can perform a wide variety of moves and combos, accessed by pressing the light attack, strong attack, kick and jump buttons in various combinations. Particularly interesting are the Focus Attacks, which allow Afro to dispatch foes instantly by cutting them clean apart in many gruesome, blood-spurting ways. The use of these Focus Attacks is governed by Focus Energy, which Afro gains by attacking enemies. As he stores it up, the pendant hanging from his sword glows brighter, eventually glowing white when he has stored up the maximum amount of Focus Energy.

Afro  also  earns experience by defeating enemies, which eventually increases his level. At each level-up, he’ll earn more health, Focus Energy and new moves and techniques. Afro can also learn a number of super-powerful, secret techniques by finding all of the “mementos”, of which there are always five in each stage. These techniques include the ability to attack while dodging, deflect bullets and perform highly damaging attacks and counters. Needless to say, players should strive to find these as soon as possible to make those boss fights easier.

Afro Samurai uses a very interesting, illustrative graphic style to mimic the visuals of the anime; which lies somewhere between the clean line-work and flat shading of anime, and the more cluttered, cross-hatched line-work of western comic artists. Similarly, the music, supervised the RZA, is an interesting mix of traditional Japanese tunes and hip-hop or rap. It’s quite catchy, actually.

The voice cast includes Samuel L. Jackson as Afro and Ninja Ninja, Kelly Hu as Okiku, and Ron Perlman as Justice. These big-name stars do a great job of voicing their characters with the personality and attitude the subject matter demands, especially Samuel L. Jackson’s Ninja Ninja, whose quips and outbursts are mostly unprintable, but absolutely hilarious.

As a complete package, Afro Samurai might not be as refined an action game as Devil May Cry or Ninja Gaiden, but it’s pretty good in its own right. There are tons of moves and combos to master and a bunch of secret moves and bonuses to unlock, but unlike other Japanese action games, you won’t be gnawing at your controller after many failed attempts to master some unforgiving high-level play mechanics. Fans of the anime should definitely give it a look, and we’d also recommend it to anyone in the market for a decent action game without the frustrating, hard-core edge of other action titles. 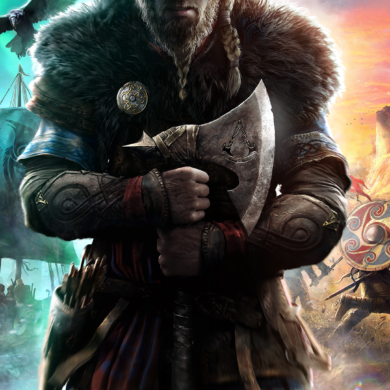