So you got a flat tire, missed a meeting, dropped your cellphone in your coffee, and the dog peed on the rug. Betcha think you had a bad day, huh? Well, take solace from the fact that it’s nothing compared to the day Raymond Bryce is having…

Disaster: Day of Crisis is a survival action game for the Wii that pits you against extensive natural catastrophes and a cadre of ex-special-forces nuclear terrorists called SURGE. As the quasi-emo Ray strives to rescue a friend from the bad guys’ clutches, he’ll struggle through an array of hazards including an earthquake, tsunami, volcano, and hurricane, complete with associated fun like collapsing buildings, lava, and flooding.

As you make your way through the various disaster-stricken areas, you will encounter challenges taking the form of quick time events and minigames. There are injured or trapped citizens in need of rescue, requiring you to waggle your Wiimote in order to perform CPR, lift debris, and apply bandages before a timer runs out. There is no real penalty for failure, though, as you can simply re-attempt should you be too slow. Your arm-waving skills will also allow you to bash open crates, dodge peril, drive recklessly, and sometimes just run like hell to escape impending doom. The game constantly adds new mini-games, ensuring things stay interesting throughout.

Members of SURGE are up to no good in the city, and it’s up to you to stop them. Encounters will result in on-rails battles which are reminiscent of Time Crisis in their execution – shoot, cover, reload, shoot, etc. As the game progresses, you’ll have a variety of weapons at your disposal, each suited to a different situation. Combat is generally fun and involving, but not particularly taxing given the straightforward action and weak AI.

The accumulated dangers will take their toll on Ray – health, stamina, heart rate, and smoke inhalation have to be monitored lest you become just another corpse in the rubble. Stamina depletes gradually as you explore (faster in very hot or cold areas), and is restored by finding comically oversized yet tasty-looking snacks hidden in containers (make mine a Super-Super-Size!) A limited selection of inventory items can also be found that help you stay alive a little longer.

Defeating enemies and saving people earns you two types of experience points – these are allocated between stages to purchase weapons and improve Ray’s skills. There are also several shooting ranges that allow you to hone your skills with the different firearm, and a handy encyclopedia of semi-educational disaster facts.

It is apparent that the developers have been ambitious in their creation of this title, combining several gameplay types and incorporating pretty much every gesture imaginable. These numerous aspects are well executed, but not especially so – DDoC is a jack of all trades but master of none. On the technical side, graphics in DDoC are somewhat sub-par and uninspired, as are the sound effects. Music and voice acting are well implemented, providing decent atmosphere. 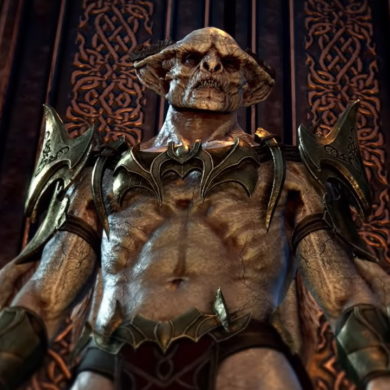