If ever there was a game designed almost solely to be appreciated by long-time gamers who’ve been at it since damn near the beginning, it’s Eat Lead: The Return of Matt Hazard. This game is filled with so many industry inside jokes, ripoffs, and pop-culture references from the last thirty years, that someone whose first experience with gaming is picking up an Xbox 360 or PS3 controller couldn’t hope to truly understand it all.

Eat Lead casts players in the role of Matt Hazard, a washed-up has-been of a video game hero who used to be the biggest star in the business. However, the success went to his head, and a string of bad choices and scathing endorsements soon ended his shining career, dooming him to sit alone at his home, soothing his troubles with ice-cream and reruns of his past successes. But as luck would have it, a new gaming company called Marathon Megasoft has just offered him the chance to get back into the game, so to speak, by casting him in the lead role of their new, big-budget shooting game. Seeing an opportunity to regain everything he lost, Matt jumps at the chance – but there may be more to this kind offer than meets the eye.

Eat Lead plays like a standard third-person shooter. Players can make Matt move around, strafe, aim, and snap to cover – pretty standard stuff nowadays. The cover system deserves a mention, though, because it features a new ability which allows Matt to quickly dash from one cover spot to another automatically, and it works really well – something which Matt himself feels the need to comment on in the game. Matt can find a variety of different guns from different types of games, such as pistols, dual cowboy revolvers, sniper rifles, futuristic laser weapons, and even water pistols. Also, Matt later acquires the ability to charge up his ammunition with fire or ice effects to take out enemies quicker.

For some reason, the general consensus about this game is that, if you take away the humour, you’re left with a pretty standard shooter. But can’t the same be said of just about every shooter on the market? Strip away the big budget trimmings from, say, Gears of War or Killzone 2 and you’re left with a “pretty standard shooter”, so I don’t know why it became an issue in this game. At any rate, Eat Lead’s gameplay is fast, smooth, and quite varied for what it is – especially the boss encounters, which are an intense song-and-dance routine as you rush about throwing switches, dodging sniper fire, or hiding from attack choppers as you attempt to get near enough to take them out.

While Eat Lead might not be the best shooter on the market, it’s solid with smooth and varied gameplay – but what really makes it unique is that the hilarious parody of the gaming industry, which makes the game appeal to long-time gamers on a different level than usual. If you’re in the market for a solid shooter with a great sense of humour, give it a try. 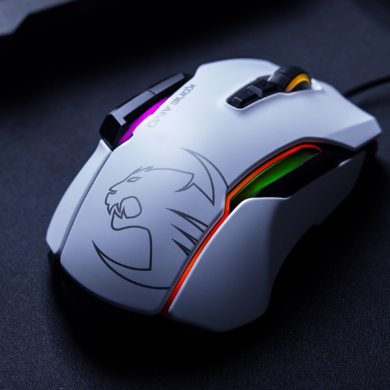