Call of Juarez: Bound in Blood is the sequel to the mildly well-received Call of Juarez, a Wild West-based first person shooter for the PC and Xbox 360. It seems that developer Techland is out to brush up on everything that made the first title an okay game instead of a great one.

The story for the game follows the actions of two brothers, Ray and Thomas, who start out as soldiers fighting in the American Revolution on the side of the Confederacy. When their commanding officer orders them to retreat and leave their hometown to be burned to the ground, they disobey orders and rush to save their mother and their brother. However, their vindictive commander labels them as deserters and pursues them long after the war ends, forcing them to lead a drifter lifestyle as wild gunmen who take whatever they want and gun down anyone who gets in their way.

The game uses the standard first person control scheme. It’s tight and responsive, and gives the player a few options of how much aiming assistance they would like. Like a lot of shooters nowadays, it features an “aim” button, which lets the player character aim through the iron sights of their weapon for more accurate shooting. It also features the fast-becoming-mandatory cover system, allowing players to duck behind objects for protection from enemy fire, and to peek out and return fire while remaining relatively unexposed.

In most scenarios, players can choose which of the two brothers they would like to control, with the other being AI controlled. Each of the two brothers has different abilities. Ray, for instance, can wield two revolvers at once and kick open locked doors. His brother, Thomas, is a lot better with rifles, can use throwing knives to take down enemies stealthily, and can also use a lasso to reach otherwise unreachable areas.

One of the things that sets Call of Juarez: Bound in Blood apart from other first person shooters is the inclusion of various gesture-based mini-games and abilities based on the actions of heroes in cowboy movies and westerns. Each of the brothers has a special ability which they can unleash once they’ve taken down enough enemies in quick succession. Ray can slow down time and target as many enemies as he can manage in a short span of time, after which he will take them all out with a rapid burst of fire. His brother, Thomas, can hold down the trigger of his revolver and pump the hammer up and down with his palm to rapidly gun down as many enemies as possible. But by far the coolest and most atmospheric of all are the quick-draw duels, which really give the player the feeling of being a gun-slinging badass.

The campaign for the game seems fairly decent so far, but unfortunately the multiplayer modes were unavailable in the preview code, so we’ll have to wait for the review to see how that turns out. Watch this space. 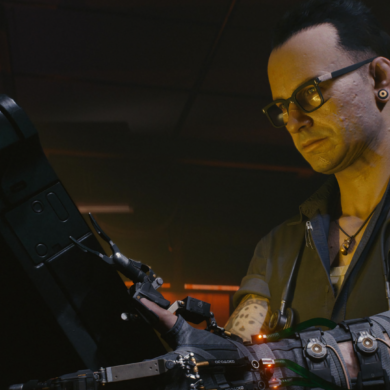