Oh blimey, bother, and baked beans on Big Ben! Professor Layton and his boy companion, Luke (unnecessary but inevitable tasteless joke here, I say!) have gotten themselves all tangled up in another grand adventure. Layton’s jolly chum Doc Schrader (I say!) has come into possession of one evil little artefact – a box said to bring about the quick and horrid death of anyone who dares to pry it open – and apparently (I say!) gone and died. Exercising his formidable powers of deduction (I say!), Layton arrives at the conclusion that Schrader must have pried open the devil box. The devil box in question, of course, has (I say!) inconveniently vanished, and the only clue remaining is an unmarked ticket for the posh Molentary Express steam train. A ticket which Layton and his young friend (I say!) remove indefinitely from the crime scene. It’s not stealing when you wear a top hat (Oh, I say!).

Professor Layton: Oh fie and brambleberry pie, once again we are thwarted by our unseen thwarters! It seems we shall never solve this confounded conundrum!
Luke: Oh dear, Professor! We are indeed, I say. How droll. What a to-do. Tally ho, pip pip, toad in a hole. Whatever are we to do now?
Professor Layton: This reminds me of a puzzle about sharks and electricity.

It’s not that the mystery interactive fiction bits are bad, or that the puzzling bits are bad, it’s just that they’re not quite working out in the same place at the same time. If you’re all about the mystery interactive fiction, you’re going to become bored and frustrated rearranging fish on a Tesla coil (hypothetically), and if you’re all about the puzzling, you’re going to become bored and frustrated plodding through an otherwise irrelevant plot that’s really nothing more than a big old MacGuffin hunt with with annoying charming dialogue (less hypothetically).

Of course, I’m also a cynical pig. If you like your mystery interactive fiction mixed up with your puzzling, you’ll probably adore it like everyone else on the planet did. 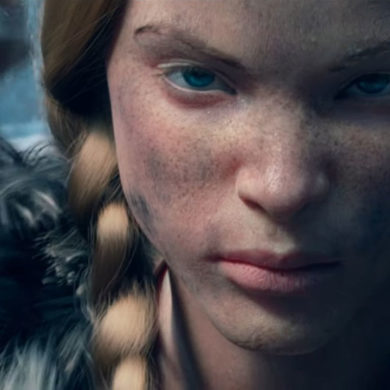 Ragnarök finally makes it to console versions of Titan Quest