But seriously. Clever concepts and marketing notwithstanding, Matt Hazard’s debut-pretending-to-be-a-retro-comeback, Eat Lead: The Return of Matt Hazard, sort of ate its own lead, rolled over, and died shortly after its 2009 release. It was actually a bit rubbish. Undaunted and apparently determined to make this whole thing work properly, Vicious Cycle went back to their game laboratory to drink Mountain Dew, browse crumbling alchemical compendia, and find some way to turn lead into gold.

Well, Matt Hazard: Blood Bath and Beyond might not be quite the Philosopher’s Stone, but it’s a lot shinier than its predecessor. Discarding all that newfangled 3D FPS nonsense that all the kids are into these days, Vicious Cycle’s gone with a retro 2D scroll-’em-up that plays exactly like a retro 2D scroll-’em-up. Much like Eat Lead, the game sees Matt “revisiting” a bunch of his previous titles in pursuit of the nefarious Neutronov, which mostly includes the not-so-discretely balding protagonist running and gunning his way through a bunch of instantly recognisable titles from everywhere else – including a version of Portal stuffed with giant killer penguins, a Bioshock starring sailors in hotpants, and Lunar Lander being Lunar Lander at its most infuriating. It’s like the last two decades of gaming slept with Gunstar Heroes and had an angry baby with a rocket launcher.

It’s not particularly innovative or anything, but then, it doesn’t want to be. It seems the game exists almost entirely to mock itself and Eat Lead‘s commercial failure, with lots of shooting stuff and explosions. It’s terrific fun, but a shame that, clocking in at around just 3 hours or so, it’s all over so quickly. A couple of absurdly difficult Xbox Achievements might mitigate that somewhat, however, depending on your perseverance and number of expendable controllers. Oh, and do wait for the bit after the credits. 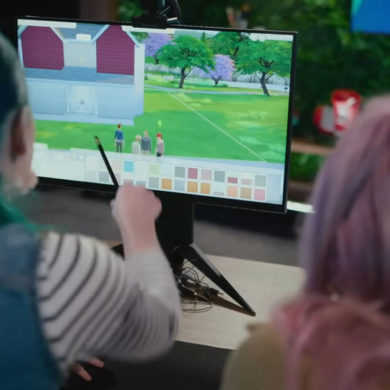