A man with a secret drives himself off the road in a storm, and wakes up in a grotty Gothic asylum. It’s also on fire, because it just wouldn’t be a proper grotty Gothic asylum if it wasn’t on fire. And just to keep things interesting in a Grand Guignol-does-soap opera sort of way, this guy’s got himself a bad case of total amnesia, a face all wrapped up in bandages, and probably an unknown lovechild implausibly conceived while he was temporarily dead two seasons ago. Anyway, after escaping the burning madhouse, the unlucky protagonist-but-maybe-antagonist-in-a-twist-ending finds himself mysteriously transported to the abandoned set of Children of the Corn, now inhabited by a bunch of creepy, disfigured kids even worse than the previous tenants and a sociopathic vegetarian tyrant. And that’s just the first stop on this trip. What’s delusion, what’s real, and what’s what? Time to work this stuff out then.

Unlike most point and click adventures of its time, Sanitarium uses an isometric perspective that looks rather a lot like Planescape Torment or Fallout. Unlike Planescape Torment or Fallout, however, the character movement and path-finding is clumsy and inefficient, investing the game with some entirely unnecessary frustration. Sure, it’s not so bad when you’re trying to negotiate your way past, say, a bucket or small rock in the scenery, but it escalates to a whole new category of grief when the game’s (equally clumsy and inefficient) combat kicks in. Yes, there are combat encounters in this game, and why the developers decided to shove them in there is a conundrum as tantalising as the one behind the hero’s murky past. Imagine playing something like Diablo with all the controller sophistication of the Magnavox Odyssey, and you’re still way off. I get that the game’s supposed to be a psychological horror and everything, but perhaps DreamForge should’ve rethought their immersion system. Then there’s the dire voice acting, but I’ll just leave it at that. This was 1998, which is forever ago in game time.

Those complaints notwithstanding, however, Sanitarium’s actually quite decent, if somewhat on the easy side and occasionally over-reliant on pixel-hunting puzzle solutions. Despite the drab amnesia cliché it starts out with, the plot goes on to intrigue with its constantly shifting and increasingly bizarre scenarios, and carnival roster of weirdo NPCs. In a genre dominated by family friendly themes and fuzzy wuzzy good fun, it’s rather nice to play something a bit disturbing. 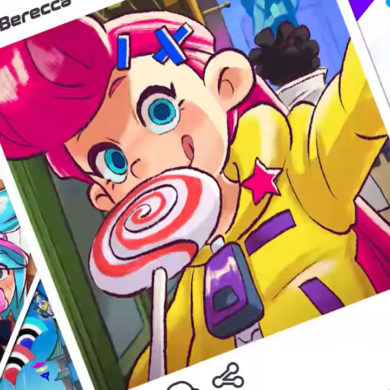