Welcome to Oddworld, home of the Magog Cartel’s premiere consumer industrial facilities, and SoulStorm Brew™. When RuptureFarms 1029 carelessly exhausts the local population of Meeches, grinding its production of the immensely popular novelty meat snack Meech Munchies™ to an abrupt and potentially commercially devastating halt, CEO Molluck the Glukkon turns a prospective eye to the next readily available source of protein – the Mudokon slaves working his factories. Fortunately for the intended Tasty Treats™, our protagonist overhears the insidious plan, and scurries off to rescue his chums from almost certain extinction, and the howling indignity of being a cheap, low carb entrée.

Representing some of the finest platform-puzzle gaming of its generation (and still largely unsurpassed), Oddworld Inhabitants’ Abe’s Oddysee (1997) and sequel Abe’s Exoddus (1998) saw its titular hero creeping, walking, running, rolling, hoisting, jumping, crouching, and farting his way through a series of daring rescues and unlikely escapes. In real life, nobody would be actually able to outrun a Scrab.

Since Mudokons are routinely blinded by their employers, Abe must make use of simple spoken commands to get stuff done. Nearby Mudokons can be instructed to follow or wait for Abe, as well as manipulate environmental paraphernalia like levers. In Abe’s Exoddus, this feature is expanded to include pre-existing emotional states and physical afflictions. Miserable Mudokons, for example, will remain unresponsive until Abe expresses sympathy for their wretched plight, while sick Mudokons must first be healed with a special chant. All of this is ultimately aimed at cooperatively negotiating the environment and escorting Mudokon slaves to Bird Portals and emancipation. It’s usually harder than it sounds.

Abe is also able to assume control of certain enemies through possession. A possessed Glukkon, for example, can be used to gain entry to otherwise inaccessible locations, or issue orders to nearby Slig guards in much the same way that Abe interacts with fellow Mudokons. Possessed Sligs, in turn, can boss around their not-dogs, Slogs. As an added bonus, both Glukkon and Slig targets are killed (more accurately, they explode) when this telepathic link is terminated. Hotdogs for everyone!

Both games are, however, both extremely challenging and extremely unforgiving, and you’ll watch Abe and his pals die a thousand horrifying, completely preventable deaths because you miscalculated a jump or forgot about the blind guy who walks straight into a meat grinder. While this isn’t of much consequence in the sequel, the lack of a quicksave function in Abe’s Oddysee can make this game a bit frustrating. 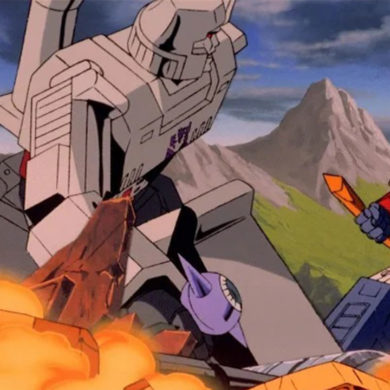