Mario returns, he’ll jump on stuff, run around planets , and Bowser may be involved.

Every level is 100% new, no recycled assets from the first game. You can ride Yoshi in some stages. Yoshi can eat a Dash Pepper to run up vertical walls, while eating a Blimp Fruit makes him expand like a balloon and thus float. Mario can now drill into planets. Skilled players can collect new Comet Metals which unlock more difficult levels with more challenges. Two-player support returns, though no word on if it’s expanded from the first game’s ‘help cursor’. You can control Yoshi’s tongue with the Wiimote. There will be a lot more 2D platforming segments than in the first game. HD Trailer, if you want it.

It’s not first-person like Metroid: Prime, but 2D from the side like Super Metroid. You can go first-person by pointing the Wiimote at the screen, though this is used just to look around, scan, and solve puzzles. The game doesn’t use the Nunchuck at all, only the Wiimote. You can even go first-person during cutscenes, just to check out the action from a different perspective. Nintendo promises voice-acting, and a backstory on the decommissioned Bottle Ship.

Hunt giant monsters alone or with your friends, local co-op or online co-op. Monster Hunter is serious business, you’ll have to track, carefully observe and cunningly attack your prey, or you’ll die.

No monthly fees for the North American version (in Japan, you have to buy a monthly Hunter’s License to play online). Will use Wii-Speak peripheral for online play, letting you voice chat. Lucky America gets a pre-order bonus in the form of 500 free Nintendo Points, and an online-capable demo, before the game is released. In the US at least, you can buy the game seperate, or for $10 more, get the slick $20 black Classic Controller Pro with it. Supports USB keyboard for texting online. 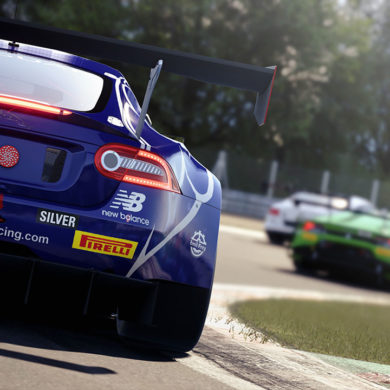 Assetto Corsa Competizione is racing towards a console release