According to sources, advertisers are abandoning PlayStation Home.  “The product has disappointed both users and advertisers,” says Brand Week. “In fact, Red Bull remains one of the few non-endemic advertisers to carve out space in the world.”

What’s PlayStation Home? It’s this “free” virtual world thing on the PlayStation 3 where you can roll your own creepy, lifeless “avatar” and parade it around a bunch of virtual spaces. Mostly, your avatar just gets dry-humped by other avatars who scream ‘TAKE IT’ over and over. Initially, Home was just a bunch of meeting point spaces, like a courtyard outside a mall, the area inside the mall where you could buy virtual clothing for real money: and then slowly, more spaces got added that either tied into games, or advertising.

The game-spaces usually had some kind of game-related theme going, or some minigames to play, while the advertising-sponsored spaces were just giant areas with big logos that may as well say CONSUME, BUY, CONSUME! But that’s a little cynical. Regardless, while Sony boasts that millions have logged in and millions have bought $1 bits of virtual clothing, much like the ill-fated second-reality, Second Life, the real-reality of PlayStation Home seems to be that of stagnation and disinterest.

“From moment one, it kind of felt clunky,” said John Rafferty, creative director at Publicis’ Denuo. “And once you got through that, there wasn’t much there.”

Remember the court case between Ninja Gaiden and Dead or Alive creator Tomonobu Itagaki and ex-employer and game publisher, Tecmo? That’s okay, we forgot too.

The short of it: back in June 2008, Itagaki announced his plans to resign from Tecmo and sue for “unpaid completion bonuses”. Tecmo denied all this, fired back with a counter-suit, and said Itagaki smelled funny (this bit is made up). Now, the court case has been resolved: and by resolved, we mean that Tecmo settled out of court. According to Itagaki, the settlement was “harmonious”.

Pictured below (which was found here), is what we think Itagaki’s new game at his new developer, Tokyo Cowboys, should be:

“Naughty Dog is proud to reveal that after six years in our current studio space, it’s time for the Dogs to move on to a bigger, better Kennel. As of March 1, 2010, we’ll be based out of our new studio less than 500 feet away from our current space.”

“We’ve built out our new studio from a raw and open floorplan to a killer new studio that provides us with more flexibility in space, layout and adjusting to fluctuating staffing needs – not to mention there are some significant upgrades to help us keep developing cutting-edge, award-winning games.” – Naughty Doggy Bloggy

The Development Hero Squad that brought us Crash Bandicoot, Jak & Daxter and Uncharted, finally gets a bigger dog run. Go Naughty Dog, Go! They drew us, their fans, this little picture to commemorate the event:

You hear it all the time from the Big Publishers, the party line that “third-party games don’t sell on the Wii”. They usually say this when one of their hand-me-down games with moody, angry plot and “mature” content, bombs by not selling to people who realize it’s crap before even picking it up off the shelf. The story that these publishers don’t tell, however, is how much frakking money they’re making from all those other games that they release on the Wii, that go on to sell millions.

Fifty-four third-party titles have cleared the million-mark on the Wii, according to Nintendo. This is comparable (if not higher) to the Xbox 360, and completely blows past the PlayStation 3. Yes, the popular ‘hardcore’ rebuttal is that these games are all ‘pandering’ to the ‘casual’ market, blah blah blah. Same old cowdung, different generation. Just remember kids, today’s hardcore is tomorrow’s casual.

Regardless, Nintendo finally releasing some solid figures does cast a serious light on how disingenuous publishers can be when they’re pushing an agenda. With these figures released, the final piece is now in place, and all the bullmanure is put to rest.

“The Wii is a fad!” – Four years after release, and it still outsells the 360 and the PS3. Clearly, it is not a fad.
“Third-party games don’t sell on the Wii!” – Except when they sell millions.
“The Wii is for the idiot casual!” – Ah yes, when it’s not YOUR kind of game, it’s obviously STUPID. Gaming racists. (Gamists?)

So, can we as a gaming culture, please move on from being stupid about things we don’t personally agree with? 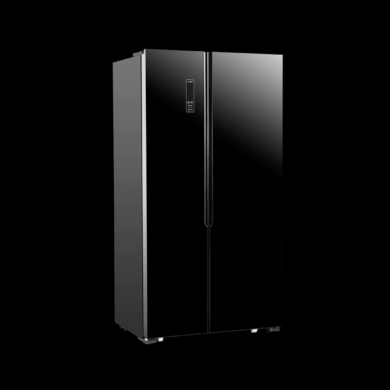 The Xbox Series X console is significantly smaller than a fridge, promises Microsoft