I feel as if I’ve just come down from a three-day acid binge. Every time I close my eyes I see Power Stars that need collecting; every time I have the briefest of internal monologues, they are punctuated by high-pitched, grating Toad voices; I keep wishing my dog had a tongue half as awesome as Yoshi’s so we could spit missiles back at enemies or devour walking mushrooms to make them explode colourful Star Bits everywhere. Super Mario Galaxy 2 is such a sensory overload of colour, sounds and brazen gameplay bliss that by the end of it all one cannot help feeling a little manic. 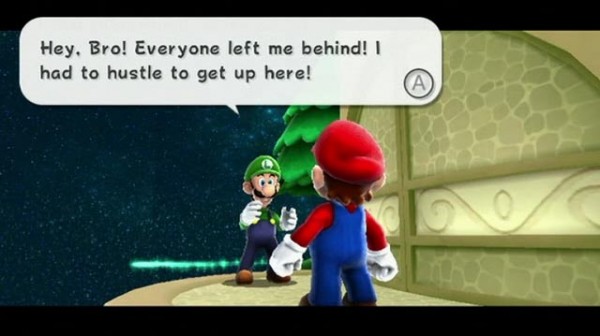 What does the second galactic outing for the Italian plumber entail? Well, just for a change, Bowser kidnaps Princess Peach moments before Mario arrives to watch the Star Festival and share some cake with her. If Mario had played through Portal he would know that cake is always a lie and would have turned down the invitation. Had he done so he would have saved himself the colossal task of having to pilot a Starship Mario (a spaceship shaped like Mario’s head thus making it a “face ship” – HA! [*dies* -Ed]) through the galaxy in search of Power Stars. He also would have avoided having to put up with an obnoxiously overzealous and obese Luma called Lubba, who is there to tell Mario (and by extension you) EVERYTHING. Lubba even tells you when your Wii Remote is about to run out of battery power – how thoughtful. With the Starship Mario acting as a hub, Mario has to flit through six different worlds (ala Super Mario Bros. 3) all made up of various galaxies. The ultimate goal is reuniting Lubba with his lost Power Stars, rescuing Peach and thwarting Bowser’s plans of galactic domination. All in a day’s work, surely? 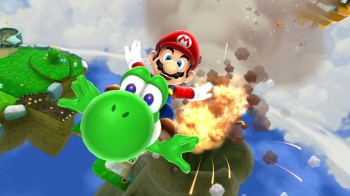 The game does everything right; it ticks every single box that reviewers look at when critiquing a game. Its control scheme is perfect; the levels grow in complexity at a fine-tuned rate so that you’re never overwhelmed but constantly pushed to your limit; you are continually drip-fed new information, techniques and features so that there’s always something new; all of the boss fights  utilise similar mechanics, but they feel unique and are all utterly enjoyable; and the level design is some of the cleverest you will EVER see in a game. Technically speaking this should be the shortest review on the planet; the game is a masterpiece and flawless in nearly every respect. But there is something, somewhere in the deepest recesses of my psyche that is stopping me from slapping 100% on this review and telling you all to go out and buy a Wii, if you haven’t already done so. There is some glaring omission nestled stealthily in the confines of the entire package that no amount of postulating can ever hope to drag out, but let’s try. 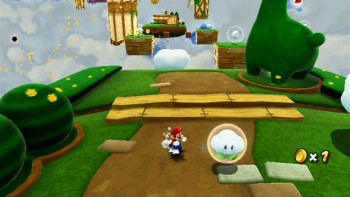 There are moments of utter joy to be found throughout Super Mario Galaxy 2. I can’t tell you the number of times I found myself with a blissful smile as the game threw new surprises and cute characters at me. At times I would chuckle quietly out of sheer reverence for what the game was getting me to do. The new power-ups are a treat (Cloud Mario!) and the levels that have you using a drill-bit are so simple yet so undeniably clever that you’ll be left aghast in the knowledge that you’ve reached gameplay Nirvana.

Then there were times that it all honestly just felt like a grind; as if I was pushing myself in order to finish the game for review purposes. I thought “what is it that is driving me forward in this game?” You cannot say that the gameplay is addictive because it is constantly turned on its head. The truth is that there is nothing driving you forward other than a desire to see what cleverness the next level incorporates – and that curiosity will be satisfied as there is invariably some ingenious twist in the level mechanic or control scheme. Other than that, the game is completely devoid of any other means of connecting with the player. The characters are delightful in presentation (I loved Bowser Jr and Yoshi) but they have zero depth. The Gears from Delta Squad have more complexity and depth of character than anything you’ll find in Super Mario Galaxy 2. 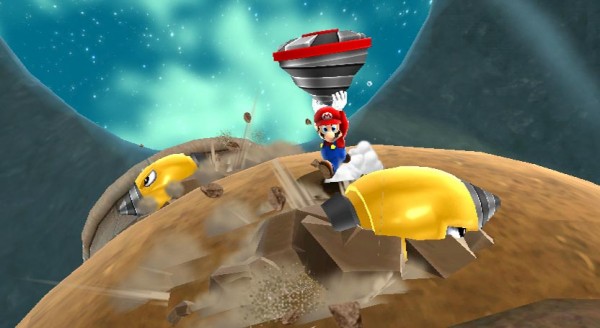 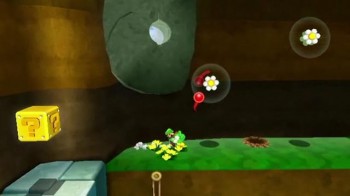 “But you’re missing the point” I can hear many screaming. Sadly, I’m not. I know that the overall focus of Super Mario Galaxy 2 is unadulterated gameplay heaven and honest fun; the game does this masterfully but in doing so it becomes almost sterile in everything else. There is no storyline and no connection to the characters other than a desire to bitch-slap Lubba and tell him to stop being so bloody helpful. The intense colours, permanent cheer and overt cutesiness of everything in Super Mario Galaxy 2 belies the fact that underneath it all, the events and characters are simply a box for housing ingenious level design and clever gaming mechanics. It’s like a clown at a children’s party: beneath the garish makeup and painted smile is some poor bastard who just wants to get paid so he can go home and try to forget his day job.

Stifle your rage, Mario fanboy; I loved the game. There was just a sprinkling of moments that had me questioning the torrent of “10/10” review scores that have been lavished on the title. Those moments, however, were short lived as the game would win back my affection through its numerous tricks and “tah-dah!” moments. It’s an essential game for any owner of a Wii console, but of course you already knew that. Just don’t expect to be blown away by anything other than everything that makes a technically flawless game – man, what a confusing notion. 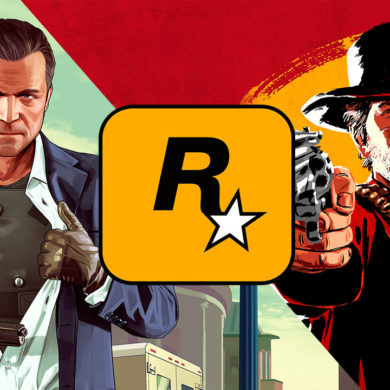 Rockstar services will be offline on purpose tomorrow