Some 26 years ago, two students, Ian Bell and David Braben (who went on to become a rock-star game developer) met at Cambridge and compared notes on games they were both working on, and pooled their efforts to release one of the most influential games of all time, Elite. While this was not the first ever title of its kind, it was a major breakthrough, and the one that launched, if you’ll pardon the pun, the space combat and trading genre. Even to this day, the occasional game developer will cite Elite as an influence and inspiration for his work. In the past few years, however, the “space sim” genre has been somewhat unpopular with developers, perhaps due to the joystick losing so much ground to the keyboard and mouse (in fact, one of the most famous space sims of recent years, Freelancer, doesn’t even support the joystick.) Nevertheless, there is still considerable demand for the genre, as proved not only by the likes of EVE Online, but also by a number of open-source projects out there. One such is Oolite (Object Oriented eLITE), which was started several years ago, and continues with great enthusiasm. 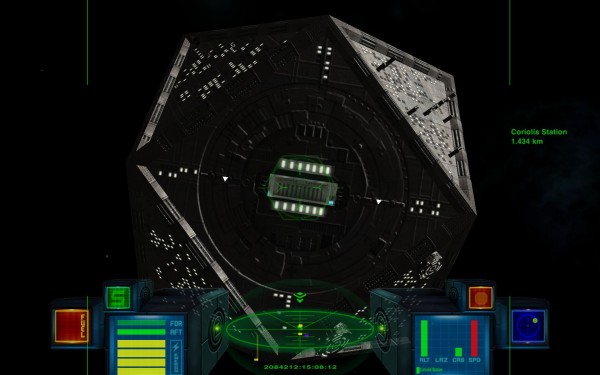 When we hear “open source”, we can’t be blamed for immediately assuming second-rate, user-unfriendly stuff that might only be appreciated by the Linux crowd – all too often that is exactly the case. Not so here. Oolite is a polished and completed game, impressively put together, which runs on multiple platforms (Windows, Mac, Linux.) It is a meagre 22MB download (which is still 1000 times the size of the original, which fitted in 22 kilobytes!), but to enjoy the full experience you will want to also grab some OXPs – Oolite eXpansion Packs. These vary in size between literally a few kB and many MB (for the larger model and texture packs), but mostly weight in at around a megabyte or two. They add a variety of extra features, but I’ll get back to those just now. 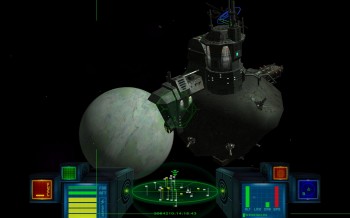 The core game is a re-creation of Elite, right down to the placements of all 2048 worlds (yes, that’s right – over 2000 of them!) in the 8 galaxies, their names, descriptions, and properties; the market prices; the ships; the stations; the missions – everything. The only differences are a couple of interface tweaks to make the game more friendly to today’s audience, and the ability to buy new ships (in the original, you could upgrade your ship, but could not trade it in for another.) The vast universe is procedurally generated using the original algorithm that allowed Bell and Braben to accomplish this on primitive machines such as the Spectrum 48K. The only major differences are graphical: the wireframe models have been replaced by solid models (though retaining their original shapes), and planets have been given textures. The gameplay itself revolves around flying around, trading, and kicking ass. The trading can be typical buy-low/sell-high shenanigans, or contract cargo-hauling, or passenger freight. Of course, one can also go the pirate route and attack vessels for their cargo (the cops will get upset!), or be a bounty hunter and go after criminals for the prices on their heads and their (often contraband) cargo. The game can be controlled with keyboard and mouse, but a joystick is highly recommended.

While a faithful reproduction, the base game gets tired pretty quickly: we have come to expect so much more from games these days, and while it is damn impressive that all this was achieved 26 years ago, today it fails to measure up for long, except as a curiosity. However, this is where the OXPs come in, and there are literally hundreds to pick from. They add a wide variety of content to the game: some are graphical enhancements that add high-definition models and textures to ships, stations, and planets, and transform the game into something that easily rivals, and even surpasses, commercially available titles. 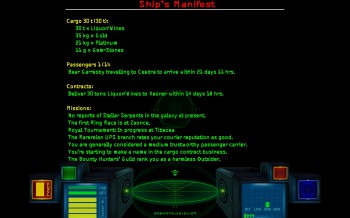 Others add custom HUDs (interfaces) to replace the default one, or alternative sound schemes (there is a variety of ship computer voices that can be added, though the game also offers synthesized messages – pretty darn cool!) The majority, however, add new ships, missions, or gameplay features. The latter can be things like refuelling satellites, in-system jump-gates, additional planets and moons, more realistic repositioning of planets relative to their suns, new weapons, new types of bases, flavour content for various government systems (each planet has its own political, economic, and technological profile), and more. The new ships OXPs are pretty self-explanatory – they generally add ships for both players and NPCs. And the mission OXPs provide either serialised campaign missions, or procedurally generated ones (such as the Random Hits OXP, which expands bounty hunting as a profession by generating felon NPCs to be hunted down, and adds seedy bars at Anarchy systems where hardened veterans can swing by to pick up contracts.) Literally, you can shape the game how you want it by adding the OXPs you want – and simply removing any you end up not liking. 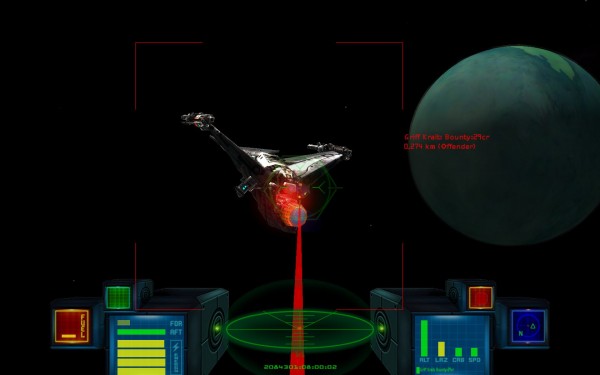 Overall, this is an amazing game put together by a handful of fans of the original title. Fleshed out, it surpasses commercial examples of its genre, and offers a deep, sometimes humorous, and long-lasting gaming experience for the discount price of – nothing! It supported by an active and very friendly community forum, frequented by the game’s developers, OXP developers, and just plain gamers like you and me. Oolite’s main drawback is that it has no multiplayer and, due to the structure of its universe, is unlikely ever to get it. If you want to check it out, head on over to www.oolite.org 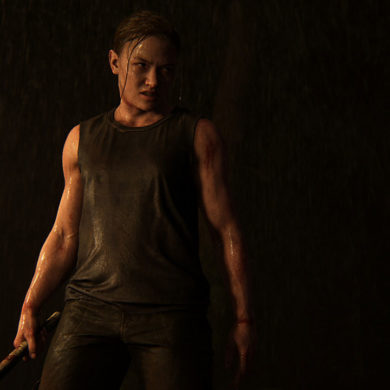