To help Sony get their new-fangled motion controller off the ground, a couple of developers decided to essentially retro-fit some existing PS3 games with PlayStation Move functionality. These two games are Resident Evil 5 from Capcom and Heavy Rain from Quantic Dream.

Resident Evil 5 is the latest instalment in Capcom’s iconic survival horror series, and it was eventually followed by Resident Evil 5: Gold Edition, which included a bunch of extra content, including new stories to play through and additional modes to enjoy. In this game, players get to guide Chris Redfield and his new partner, Sheva Alomar, on a mission to investigate and eliminate a possible appearance of the Las Plagas in Africa. Las Plagas, in case you don’t know, is a new biological threat in Resident Evil that turns people into mindless, murdering mutants and makes the zombies of old look like a turkey shoot. 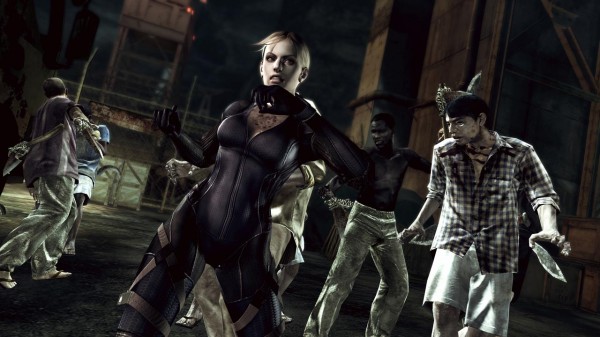 Just like Resident Evil 4 before it, RE5 ditches the old survival horror trappings in favour of more action-oriented, shooter-like gameplay. Ammo and health is still extremely limited and the enemies are tough, requiring precise shots and careful tactics to eliminate efficiently. Annoyingly, the character’s feet are still rooted to the ground while aiming and firing weapons – a cloying adherence to an outdated horror game staple – but ultimately the game was great fun.

Shortly after Sony revealed the PlayStation Move to the world, Capcom announced that they’d release an updated version of RE5 with PlayStation Move features. Well, it’s finally available for software-starved Move owners to tear into. You can go to the nearest game store and buy Resident Evil 5: Move Edition on a disc, or, if you already own Resident Evil 5: Gold Edition, you can simply hop online and download an 18MB patch which adds all of the Move functionality to the game, free of charge.

If you’ve played Resident Evil 4 on the Wii, you’ll know what to expect because the control scheme in Resident Evil 5: Move Edition is exactly the same down to the last detail. Players move Chris or Sheva using the PlayStation Move Navigation controller (or a Dualshock 3 if you don’t have one) and aim at the screen with the Move controller. The Move button on top makes Chris interact with various items in the world, like opening doors, hopping over obstacles and delivering melee attacks to stunned enemies. It also makes Chris fire his weapon while aiming, which is done by holding down the T-button on the bottom of the controller. Players can also slash with the knife at any time by waving the controller from side to side. 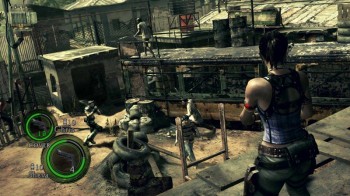 It sounds pretty good, and if you liked RE4 on the Wii, it comes highly recommended, but there are a few things to consider. The first thing I found annoying was that the Move control scheme seems to completely take away the sidestep ability – so now we have to actually turn around, walk and turn back to get a good angle. Also, for some bizarre reason, scoped weapons, like sniper rifles, can’t be aimed with the Move controller, and must be aiming with the analogue stick on the Navigation controller (or Dualshock 3). What? Okay… whatever.

If you’re looking for a real videogame to play with your Move instead of the slew of mini-games that are currently available, it’s a good option.

This beautiful and unusual game was unique enough to begin with. Players take on the role of four characters investigating the kidnapping of a boy by a psycho known as the Origami Killer, who drowns boys in rain water and dumps their bodies on open plots of lands with origami figures in their hands. By prompting players to perform movements on the Dualshock 3 controller which mimic the actions the characters were performing in the game, Heavy Rain maintains an incredibly immersive cinematic feel without sacrificing any gameplay. 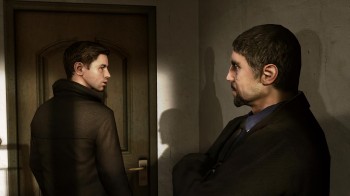 With that in mind, it makes sense that Quantic Dream would retro-fit Heavy Rain to work the PlayStation Move. Now, instead of performing actions on the left stick and face buttons, players use the Move controller – tilting, twisting, shaking, pushing, pulling and swinging it according to the on-screen prompts to make the characters perform certain actions. Sometimes you’ll need to do this quickly, slowly, or according to a certain rhythm, and once you’ve figured out what kind of movement corresponds with each icon, it’s actually good fun and easier than using the Dualshock 3. It’s also sharp and responsive and doesn’t often fail, with the exception of some of the shaking movements – trust me, when the game prompts you to shake the controller, you’ve really got to give it some if you want the command to register.

As with Resident Evil, you can walk into a store and buy Heavy Rain: Move Edition, or if you already own the standard version, you can hop online and download the upgrade for free. Be warned, however, the Move Edition upgrade for Heavy Rain is roughly 1GB in size, which may be more expensive to acquire than buying the game again depending on your Internet access methods – you decide. 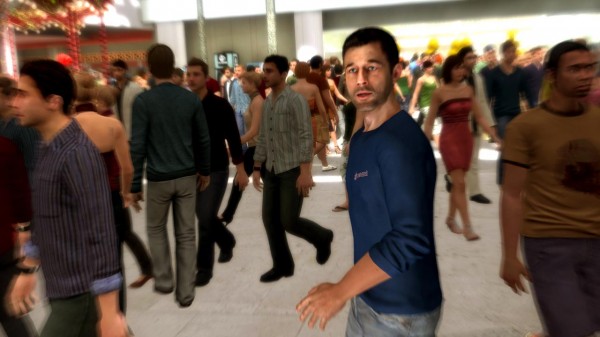 Apart from that, all you need to know is that Heavy Rain: Move Edition is a great new way to enjoy one of the PS3’s best games, and is easily the best PlayStation Move game currently available. 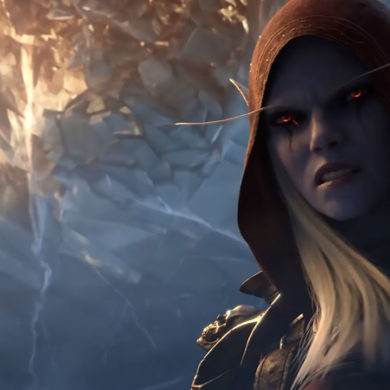