During 1999, a large part of the gaming market belonged to titles like Quake III Arena and Unreal Tournament. Outcast was one of those games that had an unfortunate release window as people’s attention was fixed in other areas. As such, it became one of those “best games you never played” titles that battled to find main-stream acceptance with an audience whose love for multiplayer was steadily taking over. 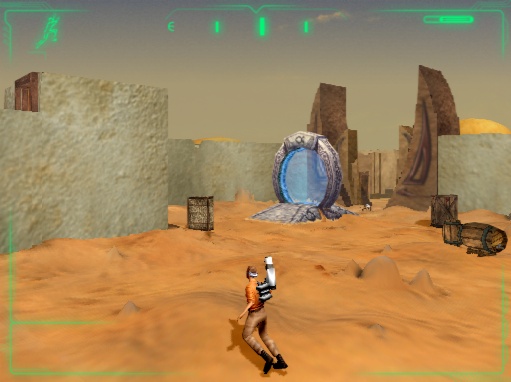 In Outcast, players take on the role of a former Navy SEAL called Cutter Slade. Scientists have proven the existence of a parallel universe, to which they promptly dispatch a probe that sends back images from the planet of Adelpha. Moments after receiving the images, an alien life form damages the probe releasing a shockwave of energy that opens up a black hole, which threatens Earth’s existence. Slade is called in to escort a team of scientists who are sent to the parallel universe to fix the probe and close the black hole. Naturally, things go pear-shaped and Slade is dumped into the beginnings of a rebellion, which according to local legend, he is supposed to lead. Slade has to travel to each of the six regions of Adelpha in order to locate the five Mons. By reuniting the Mons, he will be able to topple the evil Fae Rhan and bring peace to Adelpha. In return, the Talan (the race of aliens on Adelpha) pledge to help Slade locate and repair the probe to save Earth.

Outcast is a fairly unique third-person action-adventure game. It is almost open-world as each region of Adelpha is large and will require a lot of traversing. In many ways it’s not unlike an RPG in the way that the plot progresses through finding and completing missions. However, there is very little hand-holding insofar as being told what to do next. It’s up to you to speak to the inhabitants of Adelpha in order to try and understand what needs to be done. Sure, the main objectives get jotted down in a journal which you can refer to whenever you like, but there are no waypoints to follow on maps, no step-by-step mission logs and no “Mission Complete” notifications once you get a task done. You are, quite honestly, on your own on an alien planet. In that regard, the game does a good job of immersing you in the world. You seldom break away from the gameplay to consult maps, journals or an inventory like you would in games like Fallout 3, and that’s because it’s all built into Slade’s equipment. Even the way you save your game has been given a game-world explanation. The planet of Adelpha is highly detailed insofar as language, religion and customs are concerned. Thankfully a lexicon is steadily updated as Slade learns more about the world he is in.

On a technical level, Outcast definitely shows its age, but it can still look beautiful in certain areas. When it first released it caused quite a stir thanks to its use of voxels to map the terrain. In addition, the game has some early examples of depth of field blur and some stunning water reflections with real-time ripples. Sadly, the game’s maximum resolution is 512×384, so it does run in a window on larger monitors. There is a community patch that enables slightly higher resolutions but don’t expect hi-def stuff. There are occasional path-finding issues with the AI and every now and then getting Slade out of water will drive you nuts. These are problems that were apparent back in 1999, but they probably went unnoticed because Outcast was such an immersive and new experience.

For those who have never played the game but have always wanted to, then I recommend it, but do bear in mind that it is now more than ten years old. The plot setup is typical sci-fi cheese, but there are numerous twists as the story progresses. The voice-acting is still superb and the phenomenal orchestral soundtrack is surely one of the best in gaming history – there are echoes of John Williams’ Star Wars score in places.

For those who have played the game, then it’s still worth another playthrough even if it’s only for the nostalgia value. Besides, if you played Outcast when it was released you will undoubtedly have a special place for it in your heart. 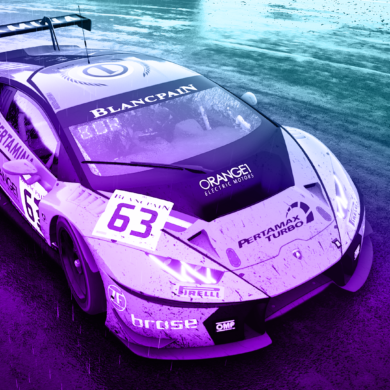 Mettlestate announces the Vodacom 4U Assetto Corsa Cup at Rush 2020