When people say “they don’t make RPGs like they used to,” Planescape: Torment is that benchmark. Released in 1999, it didn’t perform particularly well in terms of sales, but represented traditional role-playing games so incredibly well that many gamers – pen-and-paper RPG and CRPG players alike – helped carry this title to cult hit status. Planescape shattered people’s perceptions of what they can expect from a computer RPG. 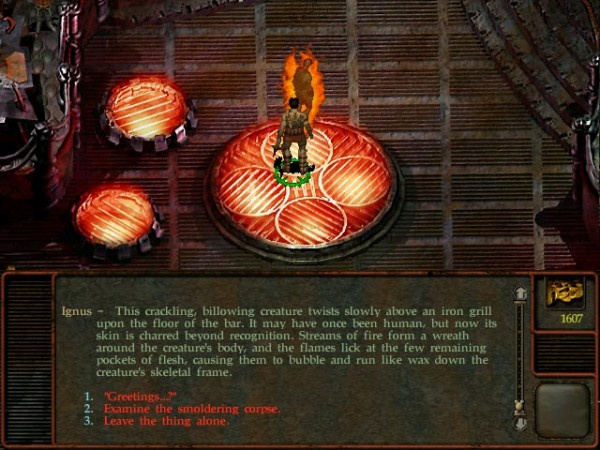 So what makes this game so special? For starters, it’s a story-focused RPG. Combat, spell-casting and kitting out your party members with phat loot is still a part of the game, but, like Black Isle’s flagship games, Fallout and its sequel, many situations can be conquered without the need to stab people in the knees. That significant story takes place in a Dungeons & Dragons setting called Planescape, in which you take on the role of Nameless One, an immortal who awakens, confused and without any memory, on a rusty gurney inside a mortuary. You’ll have to piece together your character’s past, and will soon discover that he has lived and died more times than imaginable.

Most of Planescape takes place in the city of Sigil, a ring-shaped metropolis that balances on the tip of an infinitely tall spire in the centre of The Planes. Sigil is known as the City of Doors due to the large number of hidden portals scattered throughout. Each door requires a key – be it a token, a charm, a jig or even a thought – to unlock, and many citizens of Sigil claim patchy knowledge of the keys and the portals’ destinations. The game world is huge and packed with interesting characters with whom you can have deep, dark and well-written dialogue, secrets to uncover and conspiracies to get sucked into. Where some RPGs choose to stuff in dozens of hours of repetitive fetch and assassination quests to fluff up the game-time, everything that you’ll spend time with in Planescape is exciting and interesting, and has consequences. 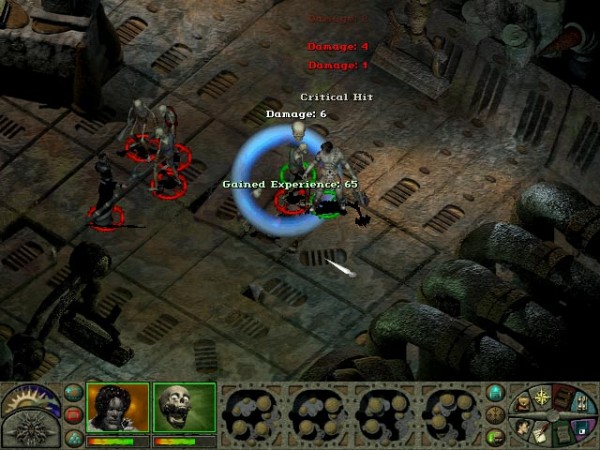 Unlike the AD&D 2nd Edition on which Planescape is based, the character creation and management system is fairly unconventional. Once you’ve assigned the basic statistics like strength and dexterity, you begin the game as a Fighter class. To change classes to Thief or Wizard, Nameless One will have to seek out the appropriate mentor and receive training. Similarly, alignment isn’t static – a wild notion for its time – Nameless One’s moral stance will change throughout the game based on his actions, and non-player characters in the game world will react according to that alignment, allowing new quests and dialogue options.

Despite its age, Planescape manages to hold its own against modern RPGs because it helped set the bar that those RPGs attempt to reach. It doesn’t even look that dated, thanks to some impressive pre-rendered 2D visuals, and its audio is fantastic with celebrity voice talent including Michael T. Weiss (The Pretender) and Dan Castellaneta (The Simpsons) and a score composed by Fallout’s Mark Morgan.

Interested in this game? Be sure to visit GOG.com. 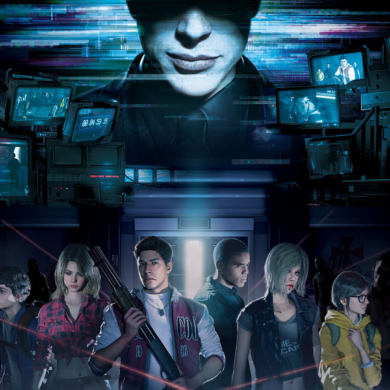