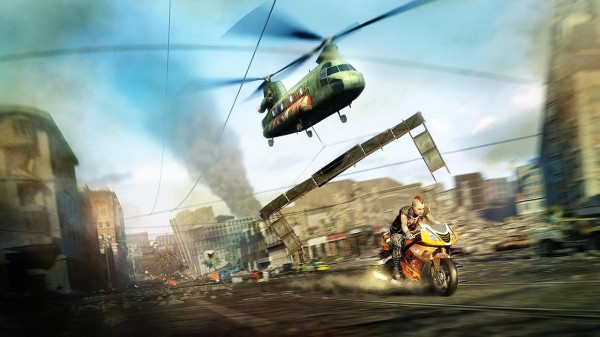 This is it, the messy climax of all Evolution Studios’ hopes, dreams, sweat and tears. Apocalypse realises everything the past titles have promised while boasting tighter controls, more ingenious track designs, blockbuster set pieces and the thrill of racing so fast your eyes might bleed. Welcome to MotorStorm: Apocalypse.

Evolution have decided that normal, ‘quiet’ tracks are for teddy bears and so throw all of Mother Nature’s tricks at you. With Apocalypse in the title (okay, the title was probably chosen afterwards) it was deemed necessary to demolish their game world with bridge-punching earthquakes, helicopter-killing explosions, ship-hurling tornadoes and, well, absolute mayhem. To portray this disaster, Evolution decided to ditch their gritty music festival feel of the previous entries in favour of motion comics to tell the tale of three protagonists who take the player through rookie, pro and veteran tracks in the competition set in an (almost) abandoned city. Now, I have no problem with motion comics, but they are an art unto themselves and unfortunately, the style, voice acting and script here are so weak that they do little to stop you skipping straight to the racing, which is what we came here for, and holy hand-baskets does it deliver.

Fans of the series will feel right at home. You race at impossibly controllable speeds through immensely dangerous courses and explode across the finish line. The water cool-downs are back, with a new mid-jump cool-down mechanic, allowing you to utilise jumps more strategically. The control layout is identical to that of previous titles but for a slight switch of handbrake to a trigger button, which makes for easier slides around demolished corners. As I mentioned before, your control over the vehicles has been tightened and they are not nearly as difficult to manoeuvre through the outrageous dangers as before. The vehicles are also heavier, meaning less airtime, but a greater sense of being and, trust me, it’s better. After giving in to the urge of returning to Pacific Rift to compare, I was immediately yearning for the apocalypse. MotorStorm is known for its punishing tracks, and while Apocalypse throws more dangers at your face than ever before, it is the most forgiving in the series, making it immediately accessible to newcomers, and less control-throwingly frustrating for veterans. The only disappointing aspects of the mayhem are the poorly implemented wreck system, where you swing to the left (square) or right (circle) trying to ‘take down’ opponents, that is simply not executed as well as has been done elsewhere and the partial loss of the sumptuous terrain deformation the franchise championed. This leaves freshly swept beaches and mud, which is a shame, but forgivable considering what the game does accomplish. 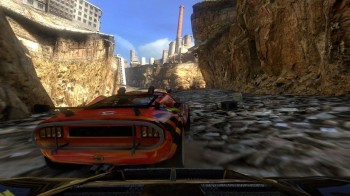 Throughout the Festival mode, you will be forced to play with set vehicles on set tracks, which, while it might sound limiting, does a great job of exposing you to all the types of vehicles available, now including the superbike, supercar, muscle car and more amongst the usual suspects. You can always go back to any of the 33 tracks, with any vehicle, in the mighty Wreckreation section. Unlike the previous games, you can now also customise almost every part of every vehicle to suite your taste buds and while only aesthetic, it certainly makes you feel like this is your personal competition, which is shiny.

Speaking of going back, it becomes immediately obvious how much more beautiful Apocalypse looks. Draw distances, textures and lighting have all been improved, but of course, this was not enough. The game world now falls apart around you while you race, opening up new paths, closing others and launching trains at you. All of these events happen with nary a dip in the frame rate and your jaw will drop as your mind tries to compute how the studio did everything so brilliantly while keeping it microwaved-butter smooth. Some of the tracks here accomplish more than other racing games do in their entirety and Evolution have proven themselves to be among the kings of track design.

Beyond the plentiful single player tracks, with their hidden card collections (forcing you to return to the mayhem with a smile and ‘I Spy eyes’) are Quick Race, Multiplayer and Special Events. Quick Race allows you to race any track, with any vehicle, under any condition. Race alone, throw in AI, or the very welcome four friends via split screen; you choose. Special Events opens up each track to a Hardcore Festival against meaner, tougher, almost untouchable opponents while Time Attack lets you keep tabs on your competition as you post your best track times to leaderboards. Then of course, there is the robust online multiplayer where the mayhem translates beautifully. 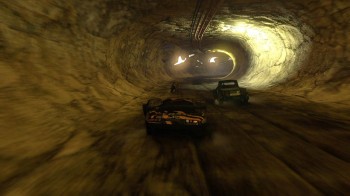 Apocalypse has adopted the FPS XP levelling as well as the now standard perk system, where you set up perk loadouts like quicker cool-downs, reduced water drag, etc… with more becoming available as you level up through wins and your style of racing, such as air time, wrecks and drifting. On top of this is the opportunity to bet on races, winning you chips which can be used to jump levels or increase winning brackets.

Apocalypse is a pleasure to play, delivers thrills-a-plenty and I have not had this much fun with a game in a while. There is no going back, and perhaps no going forward either. It feels like the end of a series and I am excited to see which genre the talented Evolution Studios tackle next. At this point, I imagine they could do anything. Having said that, if they decide to rework all four games, implementing the improved engine and control scheme all on one outrageously blue disc (with a flurry of new tracks) I might just pass out smiling, leaving their money in an envelope on the bed. 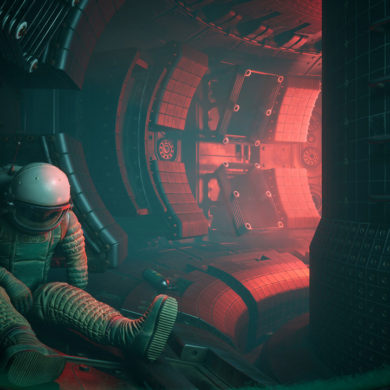