Nintendo reveals its Wii U console and new controller 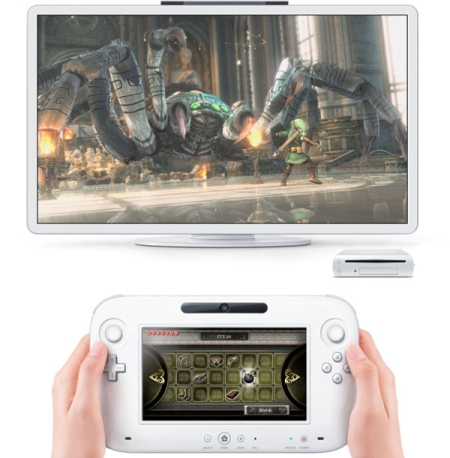 Nintendo held their press event and finally unveiled the successor for the Nintendo Wii. The Wii U, despite conjuring images of Kung Pow, looks as if it has given Nintendo serious potential to shake things up in the gaming industry once again. That potential is all thanks to the console’s chunky controller which houses a 6.2” touchscreen and streams content directly between the console and TV, and you the gamer.

Initial reactions to the Wii U have been interesting with many raising an eyebrow in response to the sheer size of the controller. Others have mentioned the fact that it looks and seems to function like a DS crossed with an iPad. Taking a look at Nintendo’s E3 reveal trailer, however, is enough for most people to realise the potential.

Full trailer and details on the controller and actual console unit after the jump.

The large controller features an impressive selection of inputs: two shoulder buttons, two click-trigger buttons, the standard four face buttons, a D-pad, two analogue sliders (similar but somewhat larger to the slider found on the 3DS), a front facing camera, microphone, gyroscope and then the 6.2” resistive touchscreen. It is interesting that Nintendo chose to go with a resistive touchscreen as opposed to a capacitive one, but that’s probably a cost saving decision – we’re sure buying an additional Wii U controller will be somewhat more expensive than purchasing another Wii Remote. A resistive touchscreen rules out multi-touch functionality (which is found in iPhones and iPads) and from those who have used the new controller they say that it functions identically to the lower screen in the DS, albeit with a crisper image. Nintendo is refusing to comment on screen resolution at this time. 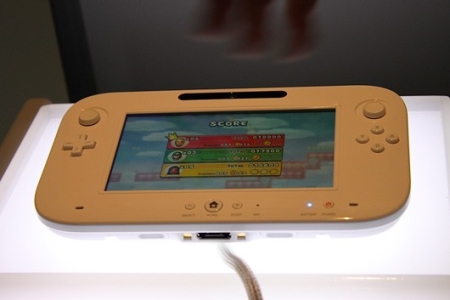 As the trailer shows, you’ll be able to move your game from your TV to the 6.2” controller screen to continue gaming if somebody else wants to watch ordinary TV. This will be a welcomed feature for most parents who have to fight their kids for lounge space and TV time.

As for the console itself, it looks like a chubbier Wii mixed up with a bit of the older Xbox 360 model. The processing and graphical power is decidedly more impressive than Nintendo’s previous home console and the result is that Nintendo will now be quite ready to stand toe-to-toe with Sony and Microsoft insofar as resource-heavy games go. The Wii U, however, will have that fancy controller as a leg-up against the current competition. What’s more, all of your old Wii Remotes and peripherals will work just fine on the Wii U, as will all your old Wii games.

The Wii U will use a proprietary disk format that holds 25GB of data. The Japanese company is not being forthcoming regarding internal storage, although Kotaku reported some time ago that there would be 8GB of flash storage built in. Nintendo refused to comment on that rumour but they have said that the console will support USB drives for as an added storage medium. 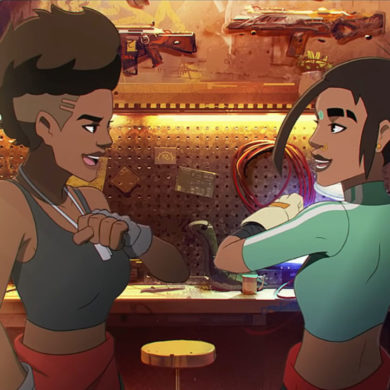