Bitch-slapped: One does not simply walk into Mordor

Its black gates are guarded by more than just orcs. There is evil there that does not sleep, and the Great Eye is ever watchful. It is a barren wasteland, riddled with fire and ash and dust, the very air you breathe is a poisonous fume. Not with ten thousand men could you do this. It is folly.

And so, where ten thousand men dare not tread, one woman went instead. In hotpants.

If you’ve only just recently arrived from outer space or something, here’s the relevant intel – local gaming show The Verge ran a video featurette from the rAge LAN earlier this week, and, well, it was a bit of a catastrophe. Let’s just say that an FHM model, a bunch of poorly-conceived Lord of the Rings analogies, and a supersized heap of sneering condescension didn’t work out, quite in spite of hard drives and alles. Ja, né, no comment.

But back on the topic of watchful eyes, the response from the gaming community has been (predictably, perhaps) sharply divided between “lank kak but but she’s hot lol” and “rape and kill her”. The former is probably the real reason The Verge ran the segment in the first place*, while the latter is the inadvertently and almost certainly unwittingly – with special emphasis on the “unwit” – ironic vindication of every FOX News Special Edition about video games and teen snipers. Poisonous fuming indeed, and frankly, a total fucking disgrace.

A Facebook page was promptly assembled, ostensibly in protest, but in reality a convenient host for hatred, misogyny, and threats of violence, with all the collective maturity and temperament of that creepy sixth-grader who drowns kittens on the weekend and has a promising future of court-ordered psychiatric incarceration ahead of him.

“I would still put it in her arse. I wouldn’t ease it in gently and work it in though. I would just ram it right in there,” writes a teenager who appears to be posing with an assault rifle in his profile photo, because he’s sexy and sophisticated like that, and totally has a shot (as it were) at getting it on with Miss July when he turns 16 in a couple of years. Mom’s going to be so proud, I’m sure, and really, intimidation with sexual assault is just a matter of perspective and expensive litigation, anyway.

That’s alongside the tragically inevitable torrent of stay-in-the-kitchen gags, commentary about “bitches” and “fags”, and tabloid-class speculation about presenter Lalla Hirayama’s STD status, both there and on The Verge’s own Facebook page. Because, don’t you know, the best way to challenge a stereotype is to be that stereotype. I mean, nothing says “terminally shut-in loser with anger management issues” like a terminally shut-in loser with anger management issues, and intellectual credibility is just a couple of big words.

Of course, when you point that out, it’s all just “LOLINTERTRONZ” because inane determinism is so cool, and because the internet is a free pass to the latent sociopath in all of us, and because stupid is as stupid does. Go go gadget-anonymous internet ballbag.

Here’s the thing, then. The whole point of The Lord of the Rings is that humanity’s hubris is its own cataclysmic undoing – a didactic subtlety lost not only on The Verge’s producers but also on the local gaming community, apparently, hard drives and alles. Ja, né, no comment, but don’t be such a dick. Seriously.

[Disclaimer: This is Tarryn. Sometimes she gets angry and needs to vent, or else terrible things will happen to cute animals. This is her venting – her opionion – and is not representative of NAG Online or NAG Magazine -ed] 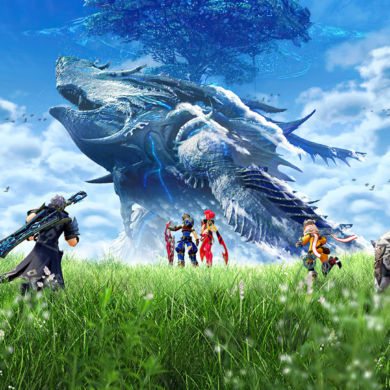