Review: Gears of War: The Board Game

Gears of War: The Board Game is really pretty much exactly what it says on the box. No, no, I’m not being glib*, it’s just that where something like the DOOM board game, for example, is nothing whatsoever like the DOOM video game, this one is actually very much the same sort of thing. Think of it as the tableware port, with state-of-the-art 1:1 motion control.

On first unboxing, it’s all a bit intimidating – between the 200 or so cards, 32 plastic figurines, 17 punchboard map tiles, about 100 tokens of assorted designations, all the dice, and a 32-page rule book, there’s probably enough stuff in here to choke a baby Berserker. 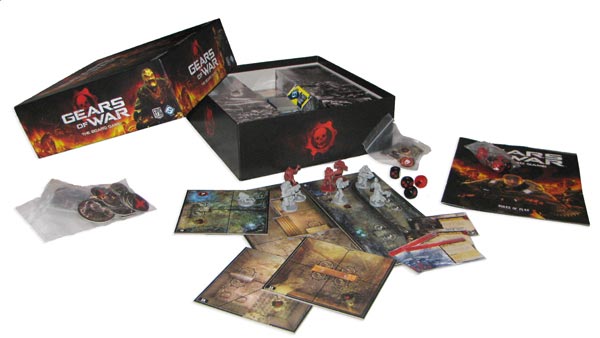 Basically, it’s Delta Squad versus Locust, with the ‘oomans playing the good guys and the bad guys controlled – rather cleverly, at that – with a deck of “AI” cards. The game includes seven mission scenarios of varying complexity, each of which prescribes its own winning objectives, special rules, Locust types, and sequences of map tile configurations to be used. Every Delta Squad member also has his own weapon loadout and perks.

A single player turn is resolved in three stages – drawing new “Order” cards (up to two, to a maximum of six), completing the actions printed on an Order card OR moving OR attacking, and then unleashing the fury of Myrrah’s goons with the Locust phase. Just when you thought you were safe, SUDDENLY BOOMERS.

What’s perhaps most interesting about this game is that your character’s hit points are determined by the number of cards in your hand rather than a preset, and chucking at least one card in a turn is mandatory.

When you take damage in combat, you drop cards equal to the amount of damage, which makes holding onto particularly good Order cards a bit of a risk, and invests in every turn a sense of immediacy not usually present in board games. When you’re out of cards, you’re down, and effectively useless until somebody else comes over and picks you up.

And that’s also the one thing that just doesn’t quite work in this game – when you get back up, you’re on zero cards until the next turn. That’s nice and everything, until SUDDENLY BOOMERS and you’re down again. I’d suggest immediately picking up one or two cards on a revival as a general house rule, and everybody can quote me on that, including the person responsible for writing up second edition rule book.

That’s the big thing about board games, though. If you don’t like a rule, bin it and it’s instantly irrelevant. And really, in every other respect, this is a super game that I’d recommend not only to Gears of War fans, but anybody who’s into team-oriented board games like Last Night on Earth or even Arkham Horror. 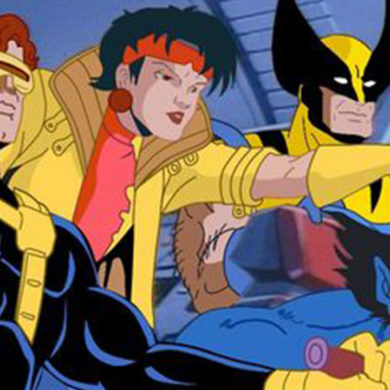 The X-Men: The Animated Series theme song, but on eight cellos