As the Wii enters its closing few months, Nintendo’s Zelda Team have finally given the wee white console its very first Zelda entry made from scratch for the system, something we (ahem) fans have been salivating over for years.

From the moment the game launches you will notice the more cinematic approach Skyward Sword takes and it certainly breathes some fresh air into the highly traditional series. Sweeping camera tracks and purposeful framing help bring the franchise to the present level of production values.

This time around you begin on the majestic floating village of Skyloft alongside the beautiful Zelda as students at the island’s illustrious Knight Academy. This is the first time Zelda has been really introduced as a person and the game does a fantastic job of evoking palpable emotion and subtle facial animation. All of this is made even better thanks to the sumptuous art style and some of the very best character and boss designs I have seen for a while, with the exception of Fi, the strange lady who inhabits your sword, who is jarringly stiff and dull in comparison to absolutely everyone and everything else.

For some reason, Zelda entries on home consoles are five years behind. Twilight Princess, a Gamecube title, launched with the Wii and only now do we get our own true entry. As it stands, Skyward Sword takes many steps in the right direction to drag Zelda into the present. Link can now wall-run, hang off ledges, shimmy along them and (as proof of COD’s infiltration into every crevice of gaming) can dash, all of which make use of a stamina gauge. All of these new abilities open up the Zelda formula of adventuring and dungeon exploration to incredible potential. Unfortunately, none of them are fully realised, and as a result the game feels those five years harshly. Link can still only auto-jump, which is simply not acceptable in 2011. The number of times the game threw me off of ledges or into flames is ludicrous. This bleeds to all the other new abilities whereby if you are not aligned pixel perfectly, nothing registers. Link will not try to cling to ledges, he will not climb ladders willingly nor try in any way to help you. Infuriating is an understatement. 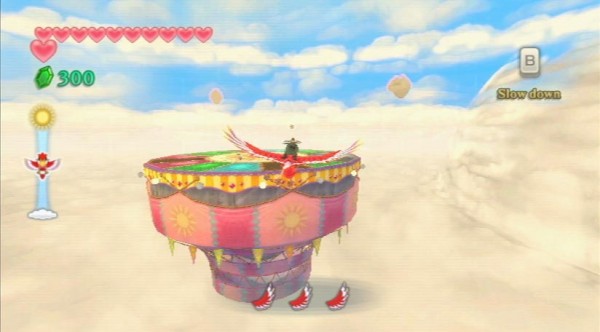 Fortunately, the swordplay on offer in Skyward Sword is exceptional. You will want to stand up for this game. Purposeful swings are necessary but the reward is overwhelming delight. You need to read enemies’ movements and attack patterns to strike when they leave themselves open. Combat is utterly absorbing, rewarding and seeing your swipe register in-game is a thing of beauty.

This sublime control extends to all the gadgets you use, including a fantastic flying beetle, a ‘canon’ that fires wind, a whip and even your Loftwing – the giant bird with which you fly through the gorgeous skies surrounding Skyloft after leaping off the edges of the island.

Skyward Sword employs a beautiful watercolour painting style which results in something in between the marvellous Wind Waker and Twilight Princess. The team have also done a fabulous job with animation, both within the game and in cut scenes, with beautiful expressions and charm seeping from every nook and cranny. As a testament to the art design and animation, I forgot within minutes that I was playing a standard definition game. Having said that, the animations are still very Japanese in their stiffness, which I have come to appreciate as a stylistic choice but it still takes some getting used to.

The sound design in Skyward Sword is just as charming as its predecessors. Beautiful music will have you whistling tunes between play sessions and varied and creative sound design makes the game feel fresh each time you dive in. The only hang up, which seems to have become a characteristic fans will never want to see die, is that Link still does not talk, and neither does anyone in the game apart from Fi, who speaks an imaginary language.

Zelda is known for its absorbing game worlds, glorious dungeons and bountiful side quests and Skyward Sword is no different. The game world is a little smaller than previous entries with much more backtracking than ever before. This is handled in a very Metroid-like fashion where you acquire new equipment and gadgets allowing you to reach previously inaccessible areas. Because you return with new abilities, the formula avoids feeling like a chore. Despite this, the game shyly boasts only five main areas, one of them being the hub city of Skyloft and while beautiful to look at, and expertly designed, it is simply too sparsely populated to feel like the centre of a game world.

In its quest to add ‘modern’ game mechanics, Skyward Sword introduces an upgrade system for weapons and equipment. Unexpectedly, this system fits comfortably within the Zelda universe but again, is not fully realised. While each item has a few upgrades, not many of them are essential which resulted in me simply ignoring most unless I happened to have the necessary goods. In addition, shields break, which left me using the very basic shields rather than upgrading, have it break, and start over.

This is a strange Zelda entry. On the one hand, it delivers everything we have come to love from the series while showing us how the series could play in the future, but on the other ignores basic issues the series refuses to shake, such as auto-jumping, a predictable dungeon – new item – boss formula and inexplicable enemy motivations. Had this game launched alongside the Wii, things would have been very different. This is indeed the game we wanted five years ago. While its core design is still utterly superb, and Nintendo have made good on their motion plus swordplay promises, Skyward Sword highlights Zelda as a series shining with potential and rupees but straggling behind the times. 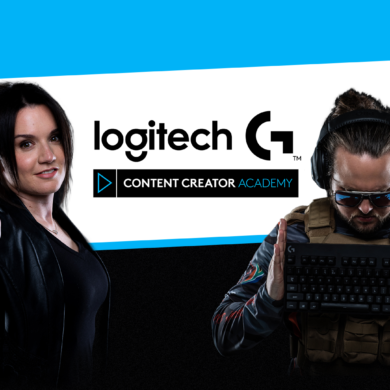