Over at HardwareCanucks, the reviewing team has been hard at work putting AMD’s budget APU, the A8-3870K through its paces and came back quite surprised. AMD positions this chip under the R1500 range in order to compete with the higher-end Core i3 chips from Intel. While it still suffers from weak performance in single-threaded apps just like its bigger brother, Bulldozer, with multiple threads it flies and even has an unfair advantage – an unlocked multiplier.

I’m not very interested in APU chips, if I’m honest. Currently my Athlon X3 445 keeps up very well with many stronger processors from Intel, and I don’t see myself upgrading this year. Perhaps this is also because I don’t tax my system that much right now and maybe it’s to do with the fact that I own a Radeon HD6870 which already offers superb gaming performance. What the A8 range does bring to the table is great performance and value compared to Intel, and very good graphics performance for those who don’t need a discrete GPU doing all the dirty work.

In their review the beavers don’t find much to dislike about the chip. Poor single-threaded performance is a given as the architecture is a big step away from the Phenom and Athlon ranges – while its acceptable, many developers haven’t optimised their code for the Llano chips and seeing as most things are developed on Intel chips, we’re off to a slightly rocky start anyway. However, the bonus comes with the unlocked multiplier of the A8-3870K, allowing the chip to be pushed up to 3.6Ghz from the stock 3Ghz speed. A modest overclock for most chips, but the graphics core got a massive bonus from the unlocked multiplier.

See, locked APUs from AMD suffer when overclocked very high at certain bridge speeds. Overclocking the graphics core to certain frequencies would disable the VGA port altogether, and changing the APU bus too high would create problems on SATA ports and produce artifacts on the screen. Unlocked chips get around this by allowing you to adjust multipliers and not much else – certainly something for the bargain hunter to consider. With the multiplier unlocked, we can finally get around graphics bottlenecks that plague the platform – you’ll want to invest in decent RAM if you want to do this. 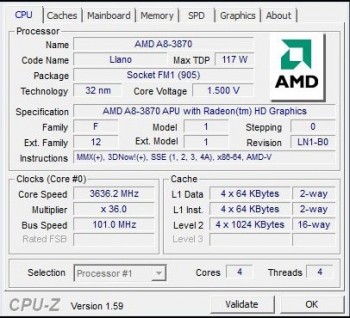 AMD has yet to release details on local availability. For enthusiasts, its advised you stick to your Phenom and Athlon guns before looking at the current APU range. That said, the APU chips offer more bang-per-buck than the FX range. 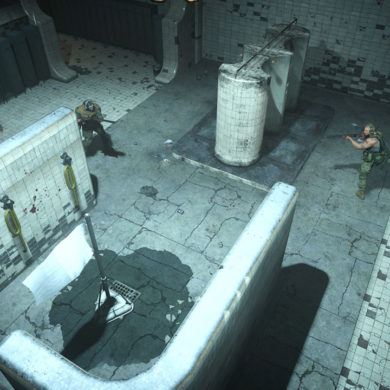