Preview: 1 hour hands-on I Am Alive 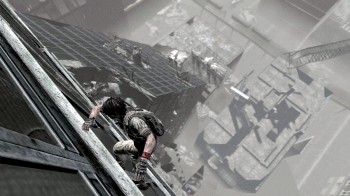 Yesterday some XBLA code arrived in the office for Ubisoft’s survive ‘em up game, I Am Alive. It’s worth mentioning that this game is only going to be released on XBLA and PSN, so don’t expect to find it on a retail shelf in a shop. The game is officially described as an action game, but seeing that we only found 3 bullets during the hour of play time, we’ll rather stick with our genre description.

The game plays out in the fictional American city of Haventon, a year after some mysterious Armageddon-like event. Evidence of this includes destroyed city infrastructure, blackened human skeletons lying about in various poses and occasional dust storms. The character you play also narrates here and there, speaking about the event a year ago and how he ended up in where he is.

The game conveys a sense of hopelessness and despair with a hundred shades of grey (you’ll see what we mean with the screenshots) and paranoid people waving you along with guns drawn and nervous eyes. The world reminded us of the town of Silent Hill in some ways and initially had us double checking corners for crazed dogs, creepy nurses and otherworldly creatures.

Navigating the city is part of the challenge in the game and anything strenuous you do such as running or climbing eats away at your stamina bar. Once this is depleted you have no more energy to hang on and might drop to your death for example. Normally this wouldn’t be a problem – just reload and try again right? Well no, in I Am Alive you get a limited number of retries – once these are gone that’s it. You can earn more retires by helping any survivors you happen across or by chasing after side-quests. An example of this played out down one random street as we gave a valuable health pack to an injured man and his wife, thereby earning an additional retry and a few lines of thank you dialogue. The alternative would have been to ignore the injured man and keep the health kit for your character – it’s a dangerous world out there after all, full of sharp edges. It’s clear that I Am Alive is a game about choices and managing your resources carefully in a challenging environment. 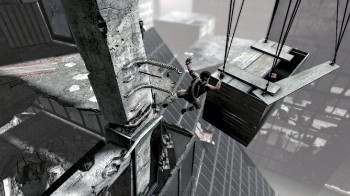 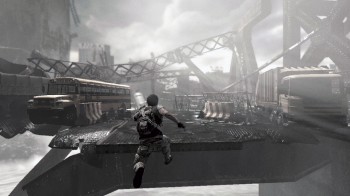 Besides offering up some tricky climbing obstacles (such as a broken suspension bridge early on), the game also threw more than a few thugs our way – most of them armed. You begin with a firearm but no bullets. One initial encounter had our character faking it by pointing the unloaded gun at a machete welding punk, backing him down and eventually pushing him into a hole in the ground. Other encounters varied from being chased away at gunpoint to surprise attacking three bad guys and rescuing a little girl. We had to use a single bullet here and it felt like a real waste – paranoia regarding your resources is a major hook in this game. 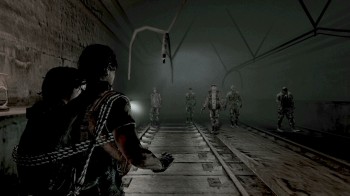 Along the way and adding to the suspense are some smartly handled narrative scenes that show amateur footage from a video camera that your character carries around with him, this mechanism helps push the story along and portrays a convincing setting that drags you into the experience and gets you to care about what happens next. It’s all expertly handled and the initial hour of play only made us want to keep going to see what happens next. I Am Alive is looking smoking hot for what it is and should be out early March 2012 for download.

More on this game in the March issue of NAG plus (hopefully) a Q&A from the developers (if they get back to us before we go to print). 😉 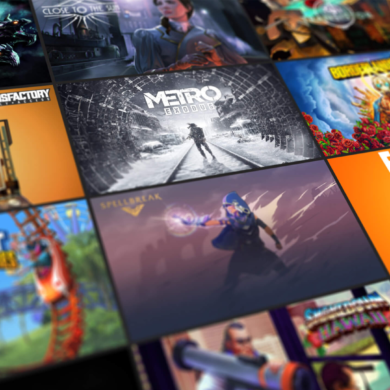