Now for those of you who need something a little beefier than what I showed you in my previous Laptop Buyer’s Guide, here’s where you need to be sitting with your morning cup of coffee and reading up on.  You’re looking for a laptop that perhaps needs to be a road-warrior workhorse, able to keep you going out of the office when you’re working from home or on a luxury yacht somewhere. Perhaps you’d just like a system that isn’t as anemic when it comes to graphics performance as what I showed you last week and that’s certainly the case if you’re a gamer.

Some of you may also need something that falls between the two for photographers and professionals who need some monstrous computing power to enable to you do your work while you’re moving, because you’re always moving. Today I’ll be looking at Ultrabooks, Ultrabook alternatives and laptops up to R15,000 and I’ll try to cover all the bases as to what you, dear reader, have been looking for.

Now I think you kinda get the idea here. Between R9000 and R11,000 there’s mainly full-fat notebooks and Ultrabooks to consider. There are also 15.6″ Ultrabooks as well, but what’s the use of that? It doesn’t work as a desktop replacement nor as a mobile alternative, so they’re rubbish in the interim. For the gamer, the Lenovo Y570 is easily the cheapest mid-range gaming option out there, with the combination of a 15.6″ HD-Ready screen and a Geforce GT555M, which should allow most games out there to run at medium to high settings depending on the game, the game’s age and the engine in use.

Road warriors have three options here: HP’s AMD quad-core toting notebook with 3G, the Lenovo ThinkPad T420 (the T-series being the original road warrior’s choice) and the ASUS U36SG Ultrabook. While I heartily support shoving an SSD into the former two, the latter would end up being way over budget. Its a good alternative and even has a discrete Nvidia graphics card with Optimus, and a much longer battery life than most Ultrabooks out there. Its value as a light, easy-to-carry Photoshop and Lightroom-capable companion necessitates some consideration, especially if you were looking at Apple’s Macbook Pro anyway.

As for Ultrabooks, Acer’s Aspire S3 leads the current crowd, being cheaper than competing brands and also offering a full three-year warranty. It also ships with a regular-sized 320GB hard drive, with a 20GB SSD used for caching your frequently-used data. In real life scenarios, the differences between this setup and a single SSD are negligible for most users. Note the lack of a Macbook Air here – Apple has pulled all stock out of the country’s retailers in preparation for the imminent Ivy Bridge refresh across the board.

When shopping around the R12000 mark, its a little more difficult to discern what’s actually good value and what’s fluff. This is the domain of Ultrabooks, offering thin-and-light laptops to those who don’t actually need all the bulk for the relatively low workload they’re going to do. I chose two Ultrabooks that could actually be useful outside of media consumption. I’m recommending the ASUS E36SG again along with the Samsung Series 5 14″ notebook. Both have discrete graphics cards, both are equipped with more powerful processors than you’d normally find in Ultrabooks in the retail sector and the ASUS in particular will have a much longer battery life with the SSD installed. You might even find some playable settings for your games on the Samsung as well.

For gamers there’s not a lot of choice here, as most manufacturers tend to have the same specs but vary on the graphics card in use. While you’d find the GT555M in most laptops here, the HP Envy  lineup was designed to compete with Apple’s Macbook Pro 15″ lineup, and this one I’ve listed ships with a Radeon HD6850M. You will have very little trouble running any game at high settings here and the better build  quality of HP’s product revamp needs to be seen to be believed. For gamers, this is your baseline. Oh, the keyboard’s also backlit for you night owls.

For graphic artists, photographers and the guys and girls who are deeply involved in content creation, the Macbook Pro 13 is again an option, but will be a lot more efficient and useable with an SSD installed. If you’re squeamish about doing this yourself, have the techies at Incredible Connection do it for you. Sorry, Air fans, nothing here for you yet. Wait a bit longer.

Again, we have a lack of options for gamers at the high-end where the lineup usually includes Alienware, ASUS and MSI. With many manufacturers and retailers trying to get on the Ultrabook bandwagon, its no surprise that high-end gaming laptops are not so much advertised and finding a bargain means knowing in which places to look. With the launch of Ivy Bridge you’d expect a slew of high-performance laptops geared towards the gamer, but I’ve seen nary a squeak from anyone beyond Alienware upgrading all its customer’s current orders to Ivy Bridge at no extra cost. Mayhap the NAG staff can chip in with some insider information to the contrary?

For the gamers, you’ve got the Alienware M14x and M11x as your options. Both are excellent value for money and I challenge you to find a manufacturer that shows off build quality as good as these units. The only one that comes close is the HP Envy 15, which when fitted with an SSD, comes close to being the best personal choice you can make.

For Apple fans, the Macbook Pro 15 is still in stock in a few Incredible Connection stores in the country and are great workhorses. With the AMD Radeon HD6750 inside, gaming is also an option and you’ve got Steam to thank for that as well. There’s finally a Macbook Air, but the price of the unit shot up once other competitors came into the market and Apple began to freeze stock to prepare for the yearly refresh. There’s a possibility of an 11.6″ Air in the works at $800 but we’ll have to wait and see.

Next week I’m going to set on the final episode of this series this month looking for purely gaming-orientated options starting from R18,000 and landing up at R25,000. I warn you, its going to mostly Alienware-dominated as there are very few competitors in that segment. With high prices like that and the diminishing returns you get with a high-priced laptop, perhaps its better at that point to get an ITX chassis and lug that around. Tune in next week! 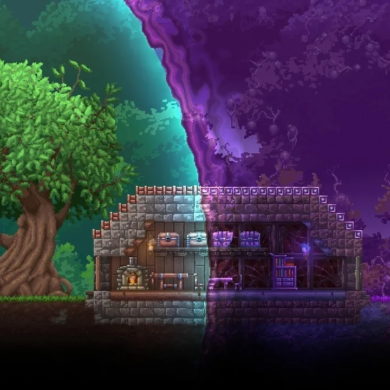