I love being a geek. I’m allowed to indulge in my fantasies about high-end hardware, living in a universe dominated by Pokemon or being able tell people that crediting Thomas Edison for the creation of the lightbulb is a farce. It’s thanks to many geeks and deep thinkers that we have the Internet, computers and wonderful games like Diablo III to whittle away our free time with. But this geek takes it to new levels.

An anonymous electrical and systems engineer who calls himself “Dan”, nicknamed by the Internet as “Scotty”, has uploaded plans and details of how we could build a full-scale version of the starship USS Enterprise that takes us to the Red Planet in ninety days. And all with technology currently available to us.

Scotty’s designs and plans for the ship are detailed on his website, BuildTheEnterprise, and show that the ship could be built in space for $1 trillion and could take up to twenty years to complete. His site shows many concepts and proof-of-concepts that would work on a spaceship of this scale. The ship’s gravity generator would provide 1G of force and would measure 960 metres from front to the rear Ion engines.

Scotty writes that the ship would have to run off a nuclear reactor as solar power wouldn’t afford the same kind of recharge rate and batteries would add to the expense and weight of the materials needed for the ship. The reactor would have to be incredibly efficient given its smaller size to ones used in nuclear power plants and would have a maximum of 1.5 Gigawatts of heat energy. His plans also include provisioning for a 100MW laser to be used as a weapon. While in use, the engines would have to be powered down as there wouldn’t be enough current to fuel the weapon. Lasers of a similar calibre are already in use on naval battleships commanded by the United States, to the much lower tune of 15MW, which can target and sink a boat up to a mile away. 100MW would easily carve mount Rushmore on the moon’s surface and wipe the smile off Thanos’ face (spoiler for some and shame on you for not watching The Avengers yet if it is). Hold on to your hats, lightsabers might come next.

But back to the ship – Scotty’s even taken the radiating heat from the laser weapon into account with an aluminium coating for the surrounding area of the ship, preventing the outer body from being melted. The engines will be based on current Ion thruster designs in use in small satellites, and are designed to be very efficient. The ship could carry up to 1000 crew members and tons of cargo and would act as a docking station for other, smaller ships.

If the project were to launch now, it would take nine years of research, eleven years of construction in zero-gravity space outside of the field of space junk and the backing, military and monetary support of the richest and most technologically-capable countries in the world. 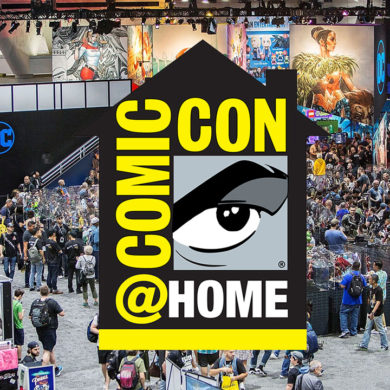 Everyone gets to go to Comic-Con this year