Computex only had three new dual-GPU cards on show

I showed you guys the insane dual-HD7970 Powercolour Devil 13 graphics card. Using three 80mm fans and taking up three PCI slots in your chass2is, its an exercise in excessiveness and shows AMD’s failure to reveal a HD7990 at Computex this year as an even bigger sore point. The card wasn’t the only monster hiding away at Computex, though there was something from HIS and even ASUS to gawk at. 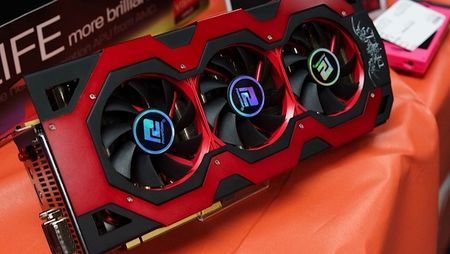 But back to the Devil 13, Powercolour says that the card ships with two fully-enabled HD7970 chips, both with 3GB of RAM each. Clock speeds are expected to be a little North of 1050Mhz and the card will be powered by three 8-pin PCI-Express power connectors, allowing the card a TDP up to 500w. Like previous Devil 13 cards, this one will be sold in limited qualities and will probably have some kind of stamp to tell you which number off the production line it was. The card is expected to retail for £1200 (approx R16000) and requires at least a 900w PSU just to boot.

HIS uses its famous IceQ cooler to keep its HD7970x2 and features the same three 8-pin PCI-Express power requirement as its competition. Unlike the Devil, HIS doesn’t plan on only producing limited quantities of the card but supply will initially be limited while the company ramps up production to meet demand. HIS hasn’t gone on record as to the specs of the card but it does have a different port configuration – a single Dual-link DVI port is flanked by four mini Displayports. HIS expects the card to go on sale in July but hasn’t confirmed pricing. But that’s okay, because Nvidia has also greenlit a monster of its own – or rather ASUS has.

Using more Frankenstein science the Taiwanese company also revealed the dual-GTX680, mating two GTX680s together under a triple-fan dual-slot cooler. Also featuring three 8-pin PCI-Express power connectors, the card is expected to ship with 6GB of RAM and would likely have both cores overclocked. Two GTX680s still consume less than 500w of power so its also likely that ASUS will enable voltage tweaks and mods to the card to work past the thermal limits of Kepler.

Two interesting things reveal themselves when looking at the card; 1) it has three Dual-link DVI ports, so gaming on three 30-inch 120Hz monitors with 3D Vision Surround will be possible just with this card and, 2) there’s a nice red button next to the power sockets. This allows the card to override the default fan speed limits inside the BIOS, forcing the fans to run at 100% speed while the card is in fan boost mode.

Overclocking with the GTX680 and GTX690 hits a slight temperature wall because fan speeds are limited to 89%. Once at their max, the temperatures climb until the card underclocks itself in order to stay under its thermal limit. I can see this card being very well received, especially since it could be faster than a GTX690 and go further than one, too. Like all Mars cards, ASUS will only have a limited run of the product and it would probably retail in the same space as the HD7970x2 cards. When it will be available is anyone’s guess, but it looks like stock of Kepler cards has improved decently since the launch of the GTX670. 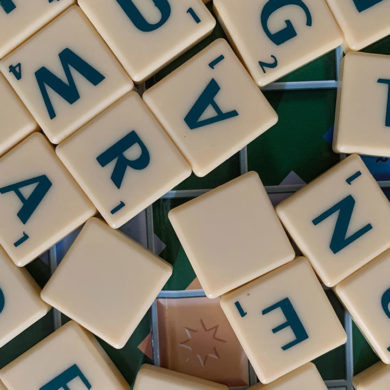