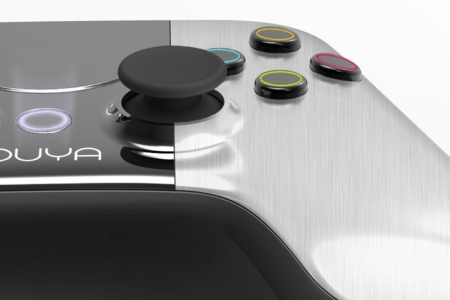 And it did so in less than 24 hours. It’s now day two of their money-shower campaign, and  they’ve already smashed the $2 million mark as well. What did they originally ask for in order to fund a $99 console? A hell of a lot less than they have now: $950, 000.

This means that the OUYA console is pretty much a go; the world will be getting an Android based $99 gaming console designed to plug right into your TV. Naturally, the team developing the unit are riding a wave of excitement and motivation; check out the introductory video over on their Kickstarter page.

They’re aiming to ship the first batch of consoles in March 2013 and they’re currently sitting with an advanced prototype that’s working the way they want it to. As originally predicted, the console will run off a Tegra3 quad-core processor. Hit the jump for the rest of the specs.

Don’t forget that the box is designed to be hacked; the people making this thing want hackers to rip it apart to mod the hell out of it. The entire unit is held together by standard screws just to make it that much easier.

Games will be adopting the free-to-play model; the only pre-requisite for game developers on this console is that “at least some gameplay has to be free”. Translation: you will be paying something for most games, but with no publisher fees, no licensing fees and no retailer fees, getting a game onto this thing is a lot easier for developers, meaning you probably won’t be paying nearly as much as you would for PlayStation 3 or Xbox 360 games.

Head on over to their Kickstarter page if you want to learn more. The console will be international, but it sounds as if you’ll only be able to order online – there is no mention of the OUYA becoming available at retail stores. This means that on top of the $99 for the console, you’ll need to pay for shipping. Still, it’ll work out a fraction of the price of an Xbox 360 or PlayStation 3.