Watch Dogs out this festive season for “all home consoles” 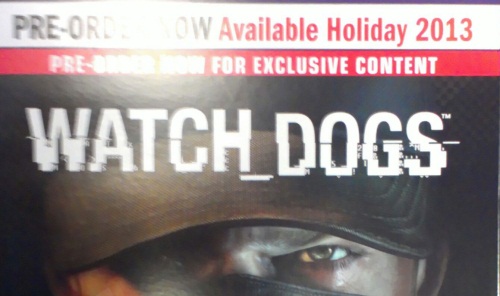 Ubisoft’s Watch Dogs has been keeping a low profile of late. Originally unveiled at last year’s E3, the game pretty much stole the show thanks to some novel gameplay mechanics and utterly stunning visuals. Aside from an alternate reality game misstep, we’ve heard nothing about the ambitious open-world title since it debuted over eight months ago.

Over the weekend, Kotaku got hold of some Watch Dog marketing material in the form of advertisement posters. According to the posters, the game is “Available Holiday 2013”, which puts it in line for a December release. Furthermore, it’s heading to “all home consoles”.

When the game was revealed at E3 2012, it was confirmed to be running off PC. Later, however, it was revealed that the game is heading to Xbox 360 and PlayStation 3, but there’s been no more news (screenshots, footage etc.) to confirm this. These leaked posters claiming the game is heading to “all home consoles” smacks of next-gen vagueness similar to that found with CD Projekt’s recently revealed The Witcher 3. 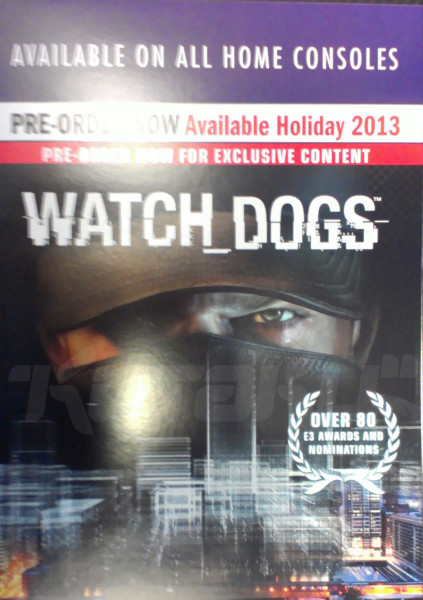 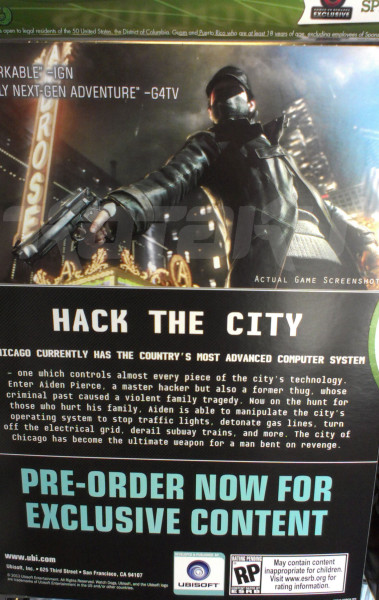 It’s widely rumoured that the next generation of Microsoft of Sony hardware will be made available for Christmas this year. If that’s the case then it looks like Watch Dogs could be a launch title. However, with previous confirmation that the game was heading to current-gen consoles as well, it’s possible that Ubisoft will release a technologically watered-down version for the PlayStation 3 and Xbox 360.

Finally, if you were concerned about the legitimacy of these posters, know that Ubisoft responded to Kotaku’s request for comment and neither denied or confirmed that the posters were the real deal. Instead the Ubisoft VP of sales and marketing said that they were “pleased with the response for Watch Dogs from media and fans,” and that the game is “an original IP that has been created from the ground up at Ubisoft Montreal with inspiration from many titles and ideas the studio has worked on throughout the years.” 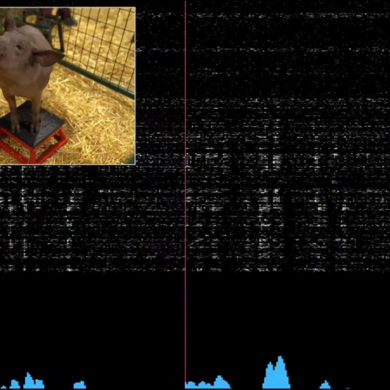