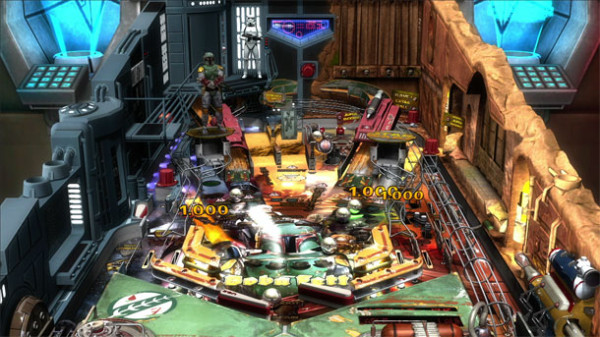 A long time ago, in a galaxy far, far away…

Okay, so in the interests of full disclosure, my previous experience with pinball is largely restricted to this one night at a friend of a friend of a friend’s place, about ten years back, and controlled substances may or may not have been involved. That was a real pinball machine, mind you, not one of these futuristic virtual pinball machines the kids play with these days, when they’re not out bullseye-ing womp rats in their T-16s or whatever it is they do for fun while us grownups are working the late shift at Chalmun’s Cantina to pay for farm school.

So anyway, Zen Studios – premier purveyor of futuristic virtual pinball machines – recently launched a premium Star Wars add-on for its Pinball FX2 XBLA game, putting three new themed tables into the lineup. Each one is substantially different from the others, and not just because of the names.

The Boba Fett table, for example, is focused on a sort of loop of pushing the ball around and around a series of narrow lanes and see-saws, activating and completing timed “bounty missions” with very carefully aimed shots. Appropriately enough, the almost garish visual design and canned voice sound effects of Fett’s table would not seem out of place in Mos Eisley’s most notorious café.  Also, it has its own itty-bitty Sarlacc Pit.

Elsewhere, the Empire Strikes Back table is a sleek slab of ’80s retro nostalgia, with plenty of light cycling and era-authentic dot matrix animations. The table features a staging area in the middle of two big ramps that – depending on how and where you get the balls rolling – plays host to a cast of vintage Star Wars fan favourites, including an AT-AT walker.

Finally, the busy, densely crowded Clone Wars table is probably the best option for noobs like myself with its multitude of unmissable rails and multiball triggers for fast scores, although more experienced players will doubtless find the mission modes an adequate demonstration of the full power of this station. I mean table. I’ll stop that now.

I can’t pretend to be a pinball pro by any means, but as a fully accredited Star Wars geek these tables were instantly and totally engaging. Plus, the inclusion of friend list leaderboards adds a compelling layer of competitiveness because I can’t beat the Kessel Run in under twelve parsecs, perhaps, but I’m sure I can beat Miktar’s high score on the Boba Fett table. As Yoda might have said that one time, “Do. Or do not. There is no try. And going down is Miktar.” 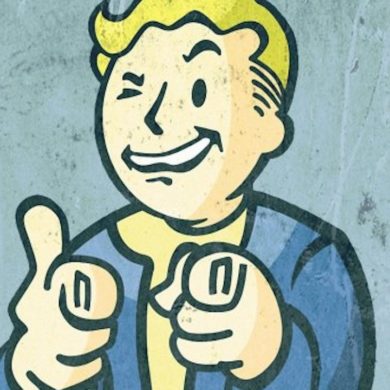