Let’s (Not) Talk About Piracy 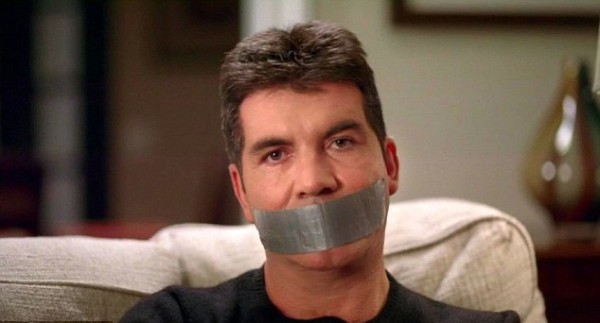 So I was scrolling through this very here site, and I came across the headline, EU Now Says Piracy Doesn’t Affect Music Sales, which caused me to sigh so heavily I thought I’d collapsed a lung. And yet, like an obese diabetic passing Sweets from Heaven, I was drawn to it, despite knowing it would bring great misery.

The thought drumming through my head like some kind of sadistic, sentient bongo was this: Has anyone actually not realised this yet? Are people still actually under the impression that the 4 million people who downloaded in Crysis 2 in 2011 would have bought it had the piracy option not been available to them?

But there was something there for me after all; a little gem of wisdom. Wesley Fick said something smart; he summed up the piracy “issue” beautifully – piracy is a service problem.

Let’s use Game of Thrones as an example. How many people in this country that have downloaded that show actually have access to watch it legally? I think if you crunched the numbers, you’ll a lot of us just didn’t feel like waiting two months more than the rest of the world for it to show up on DSTV. It’s a service problem.

Or hell, maybe they missed the Game of Thrones train but their friends encouraged them to get into it – too bad, because there isn’t an M-NET archive somewhere you can access. In America (and elsewhere), however, you can do exactly that. The broadcaster has the show available for streaming up on their website, provided you have access to the channel normally. It’s a service problem.

Maybe they don’t have DSTV, but they’d like to watch it anyway – surely there’s a place they can easily go online, pay a small sum and get access to it? Here? No. Elsewhere? Yup. Again, it’s a service problem – our service sucks.

And this isn’t our cue to throw up our hands and say “This is Africa” – there are plenty of First World countries with the same issues – people are often pirating movies and series not because they don’t want to fork out the money, but because there’s no one available to take their money. If one thing rings true for everyone, it’s that people are willing to pay for convenience. Spoiler: people are really freakin’ lazy. Hell, I took a nap in the middle of this paragraph. If people can pay money for easy access to something, they’ll do it. Pirating every episode is a mission, can’t I just pay 10 dollars for the season? Not in this country.

The exact same thing is true of music – but not of games. Piracy of games is a different issue, but still nevertheless a non-issue.

Look, I’ll be honest with you – I’ve “pirated” a lot of games. These can be divided into two categories – games I played for 10 minutes and then promptly deleted, enormously grateful for not giving up my last R500, and games I liked and went out and bought (or you know, bought on Steam without having to go out at all, I’m lazy remember?). With broadband internet (if my pathetic 1mb qualifies as broadband), piracy is like a demo, it’s a try-before-you-buy. I’m not going to drop 500 bucks on a game I’m not even sure I want. The point I’m getting at is this –if I download your game and then never buy it – I was never going to buy it anyway. It’s the fallacy of lost sales – there weren’t any.

Didn’t it surprise you that Crysis 2 was the most pirated game of 2011, and not whatever Call of Duty came out that year? I think it’s because Crysis 2 was more of an unknown entity – people didn’t know quite what to expect with that game, whereas the Call of Duty experience is more predictable. I bought Crysis 2 without trying it first, and I really wish I hadn’t – the multiplayer was terrible, and I didn’t even make it through the whole campaign.

We’ve seen developers like Marcus Persson (Notch, of Minecraft fame) decide to put no DRM in their game at all, and still sell millions of copies. We’ve also seen companies like Ubisoft say, “Our DRM is working” because the games they implemented it in were downloaded less. This argument is so dumb it made me facepalm so many times I felt like one of those Chinese monkeys that bang cymbals together. Because I know the top executives at Ubisoft are reading this right now, frantically scribbling notes, let me break it down for them:

What I’m saying, if you’re still here after this 700 word introduction (read: rambling tangent), is that we would all be better off if developers, producers, publishers etc. pretended piracy did not exist. Starforce – cracked. Always online DRM – cracked. Anything – cracked. It’s all going to be cracked anyway, and the only people that suffer are your customers. Imagine SimCity had the same basic DRM we see all the time, the standard stuff that doesn’t negatively impact anybody. Do you think there’d be any less Day 1 (or 2, or 3) buyers than there were? Honestly, I doubt it (in any significant numbers anyway).

And all those Day 1 buyers would have been happy people; not disgusted, angry consumers demanding their money back and throwing around 1 star Amazon ratings like confetti. How many potential buyers do you think decided to spend their money on something else after seeing the massive drama surrounding the SimCity launch? I’m willing to wager it’s a lot more than the sales they would have lost by not including oppressive DRM – not to mention all the bad press for EA and Maxis. This, once again, is a service problem – EA’s service sucks. And they’re not the only ones either.

What these dollar-hungry publishers fail to realise is, there is an easy way to combat piracy, and it has nothing to do with DRM – quite the opposite in fact. If you want to stop piracy, make your product better than the pirated product. Instead of forcing your customers to always be online, give them access to online features that pirates won’t have. The easiest example of this is that pirates can’t play multiplayer online. I’ll guarantee that more than a handful of people have pirated a game like Starcraft 2, then enjoyed the campaign so much that they went out and bought it to have access to the multiplayer component.

If a pirated copy of a game is more painless to play than a legitimate copy, then you have failed your customers, you’ve let down the people who actually paid for your product.

Publishers need to reward their customers for buying their game, not punish them. Stop wasting your time trying to stop people stealing your game, and make them not want to instead. 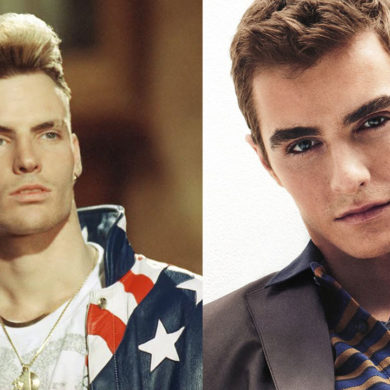 So, that Vanilla Ice biopic is happening with Dave Franco to star