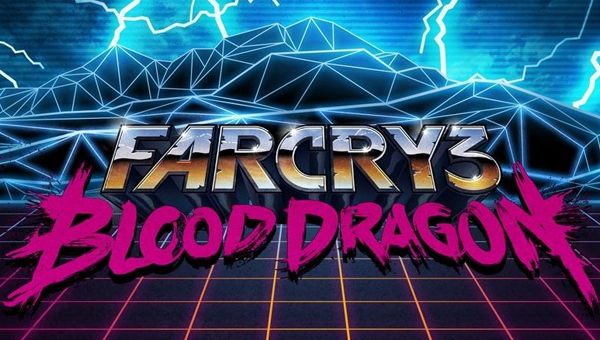 The most important thing first then – Far Cry 3: Blood Dragon is a standalone, downloadable game, and you don’t need a copy of Far Cry 3 to play it. That works out nicely because I don’t own a copy of Far Cry 3, and besides, Far Cry 3 doesn’t have dragons that shoot lasers out of their eyes. I think I made the right decision.

Anyway, the year is 2007. Not the 2007 as we remember it, though, but a version of 2007 that featured almost exclusively in straight-to-VHS action/sci-fi movies and kids’ TV shows back in the 1980s, right down to the CRT scanlines and synth-rock soundtrack. Think Captain Power and the Soldiers of the Future, but with more swears, sexual innuendos, and superfluous cybernetic accessories, up to and including a cyborg hand nicked from the Cyberdyne Systems high security lockup.

So in this 2007, it’s already the post-apocalypse’s apocalypse, and things are only getting much, much worse. Mark IV Cyber Commando Sergeant Rex Power Colt (voiced by original post-apocalypse apocalypse man’s man, Michael Biehn) and his sidekick Spider have been dispatched to investigate the remote island fortress of Colonel Sloan, an elite agent gone rogue, although the subtle Apocalypse Now / Heart of Darkness reference is somewhat obfuscated by the robot sharks. There’s also a lot of people shooting each other and things exploding and neon pink.

The game comprises seven main campaign missions and around 15 or so side missions that are unlocked as you take over garrisons, although the latter are copy-pasted variations on two basic themes – hostage rescues and hunting tasks. There are seven garrisons to “liberate” by murdering all the enemy Omega Force Cyber Soldiers inside, either doing this yourself or disabling the shields and ringing a metaphorical dinner bell for any nearby dragons. You don’t have to think or move props or even plan tactics, you just kill everything and after five or six hours of killing everything, the credits roll and then you can choose to go back into the game and kill everything some more.

It’s hard to fault the gunplay or game mechanics – especially considering the game’s half-price sticker – although it’s (necessarily, I suppose) rather repetitive. That’s probably not an intentional tribute to the similarly repetitive video games of the era that I grew up playing, but I like to think it is anyway because it makes me feel smug. Not old, smug.

Blood Dragon is an outrageously stupid game, but that’s the whole point of it. It’s a what’s-what of predictable, obvious B-grade tropes and plot clichés, and one-liners where the punchline is almost invariably “OMG THE EIGHTIES LOL!!!”, but it works because it’s not trying to be anything more clever or sophisticated than that. It’s also probably – and somewhat paradoxically – the most innovative thing that’s happened to the FPS genre in over a decade because it’s a game about killing everything, presented as a game about killing everything, and not some sort of postmodernist deconstruction of neosemioticist rationalism (BioShock… I think) or barely disguised War on Terror propaganda (pretty much everything else)*.

That said, this is definitely not a game for everybody. It’s like one big in-joke for fans of ’80s pop culture, but for those people who were born after 1990 and/or don’t have the RoboCop trilogy in their Blu-ray collection, it’s not got much to recommend it. For your convenience, I’ve devised this simple litmus test – if you think the caption I’ve come up with for the above image is even remotely amusing (grudgingly counts), you should totally play Far Cry 3: Blood Dragon.

* Or, basically, it’s the game Duke Nukem Forever could have been if it hadn’t been so self-indulgently and unremittingly awful instead. 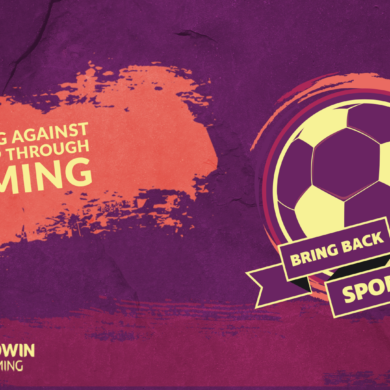