The five gaming douches who don’t realise they suck 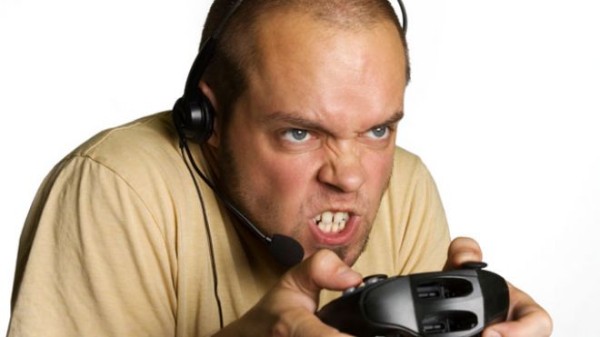 The online gaming community is a bubbling cauldron of bad attitudes, immaturity and rampant stupidity. So naturally, it’s where I choose to spend a sizeable chunk of my free time.

If you spend enough time with a similar group of people, you’ll notice certain patterns start to emerge. People are rather tragically predictable, and through my long years of being trolled online, I’ve found certainly personality types tend to pop up consistently. These then, are the five biggest gaming douchebags who honestly don’t seem to realise it.

P.S. As a veteran of toxic online gaming, I’ve included some handy advice on how to handle each particular brand of douche. You’re welcome.

I like to imagine, although I can’t be certain, that a large percentage of people who hack multiplayer games only do it once or twice.

I’ve never done it myself, but I can’t help but feel like running around having the computer aim for you can’t be much fun. If I wanted auto-aim, I’d play Halo (oh no he didn’t). Certainly it isn’t worth the very real risk of the banhammer’s crushing blow.

What I think is happening is that curious people are giving it a go, “just to see what it’s like”. Every one of these individuals thinks it’s relatively harmless, as it’s “just this one time”. The problem is when you have millions of people playing the same game; those “just one timers” tend to add up to some pretty consistent game ruining, which makes them clownshoe-wearing megadouches.

Veteran’s Advice: Hacking: Not Even Once.

This particular brand of douche canoe tends to show up in basically every team-based game. This is the person who finds it necessary to point out every mistake you or anyone else makes, and also to show you show their mistakes were actually your mistakes too.

The thing is, they feel like their actions are justified by your “bad play”. The line for constructive criticism gets a little blurred when a total stranger starts talking about his previous night’s activities with your mother, but this person really thinks that advising you to attach a hose to your exhaust pipe and have a nap in your car can only lead to your in-game improvement.

Veteran’s Advice: This type is usually rather persistent, so there is no better time to utilise the mute function.

Similar to the Tough Love Specialist, but with a much more congenial style. This person likes to give advice, all the time, whether or not you actually wanted it.

It’s easy to see why this person thinks they’re not a flaming douche-rocket, but they are. In their mind, they’re helping out “newer players” by offering their sage wisdom, and at no cost to you! Unfortunately, these people are also the ones who most often don’t know what the hell they’re talking about. Taking advice from a Teacher type is like asking a hobo at the robots what stocks to buy.

The problem with the Teacher is that they generally try and force you to play their way. They’ll advise you what to do permanently, and if you do something different they’ll take it as some kind of a personal insult.

Veteran’s Advice: Don’t listen to these guys, especially if you know what you’re doing. Their advice is often terrible, so don’t get peer-pressured into making bad decisions.

I come across these guys often in DotA style games, but they’re not locked to one genre. This is the Dementor Douche; the person who manages to suck all happiness and fun out of a game within seconds.

This is the person who confidently declares “gg” two minutes into the game after something really insignificant happens; it’s like playing with Eeyore the day after a 3-day meth bender.

You’ll know you’ve spotted one of this brand of flaming douches by these popular phrases: “gg”, “it’s over just surrender”, “can’t win”, and the always classic, “I’m afk”.

This person is generally trying to show everyone else how much smarter than them they are, because they understand the tiny nuances of the game which dictate that whatever just happened in the first couple of minutes is surely game ending.

Veteran’s Advice: its better just to ignore this person entirely. Don’t give them the opportunity to explain to you exactly why the game is now unwinnable; rather just let them mope in the corner while you win the game.

I’m at high risk of sounding like a douche myself here, so I’ll tread lightly. Sometimes you play with people who are so friendly, they spend more time chatting than playing the game.

Other manifestations of this include singing through the voice chat and asking everybody where they’re from, what they do and what colour their underwear is. I’m not sure if these people are desperately lonely, under the influence of something illegal or just really, really friendly.

I’m a sociable person, and I really like the social aspect of online gaming. But there is a limit. You are playing a game after all, and in my case, trying to win.

Eh, maybe the real douche in this category is me.

Veteran’s Advice: Don’t be a douche. 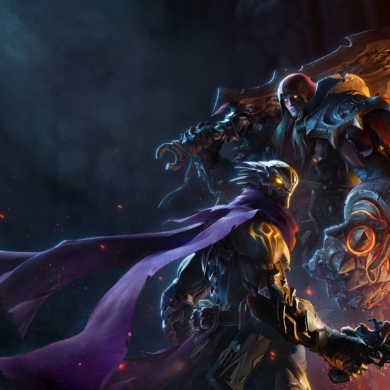