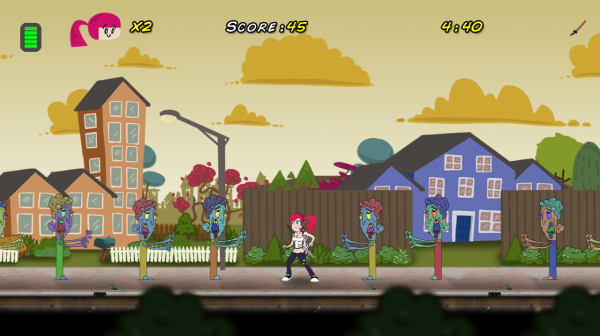 Did you know that NAG is making a game? It’s true; I’ve already played a portion of it! The great news is that you can too when you attend rAge 2013. That, by the way and in case you’ve been stuck in a time warp, is this weekend.

So what’s this game all about then? For a start, it’s called Beyond the Dome: Roxy’s Quest Part XIII – Ain’t Got Time for This Sh*t and it stars everyone’s favourite elusive redhead, Roxy. You all know Roxy; she’s the rAge mascot that graces the pages of NAG Magazine each month – that is if you can find her. Turns out she’s having a pretty rubbish day thanks to an alien invasion and zombie outbreak that happens to coincide with rAge weekend. This forces her to take up her sword and pew-pew device to cut a swathe and blast through rotting hordes and extra-terrestrial beasties. Also there are teleporters.

The game has been primarily put together by our own Geoff “GeometriX” Burrows who took ten minutes out of his RIDICULOUS pre-rAge schedule to talk about the game. I’m pretty sure this is in some way kind of meta: NAG interviewing NAG about a game made by NAG. My head feels fuzzy.

NAG: How did the project come about?
GB: We’ve been discussing the idea of doing a NAG/rAge game for ages, and recently it just felt like the right time to actually make it happen.

NAG: What program was used to put the game together?
GB: I use a program called Construct 2. It’s an awesome event-based programming tool designed for mainly HTML5-based games, but in this particular case I’m exporting a Windows executable. 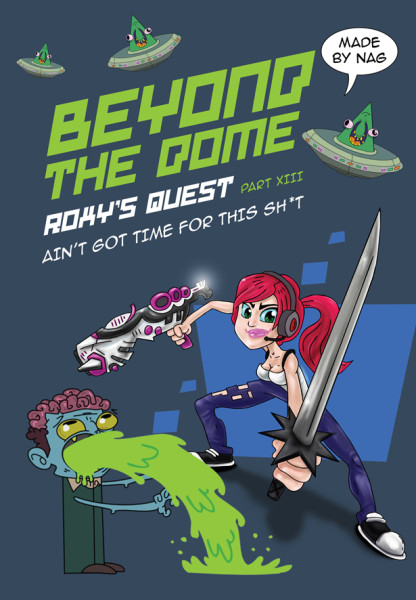 NAG: How long have you been working on this?
GB: I’ve been at it for three months for the rAge build. I expect to work on it for another couple of weeks afterwards to finish the cover disc version.

NAG: How many levels are planned for the game?
GB: There will be four full levels and one smaller boss level. In terms of total gameplay time, I’m looking at about 20+ minutes.

NAG: Who else is involved in the project?
GB: We’ve teamed up with the endlessly talented (and endlessly patient) people at Toon 53 Productions to provide all the artwork for the game. They initially approached us to do a simple comic in the magazine, and I was like “how about you make all the graphics for this wacky game idea I’ve got, instead?” Much to my delight, they said yes.

NAG: Will there be Day One DLC and a super-inflated AAA budget for the annualised sequel?
GB: Absolutely. If there’s one thing working in the games industry has taught me, it’s that people love to feel screwed when they buy a game. Oh, no wait, this game will be entirely free. And we do already have plans for a sequel (brilliant ones, obviously), but they far exceed any notion of budget so we’re going to have to play this one by ear. The desire is there, though, so if anyone wants to throw money at us to make this happen, you know where to find me! 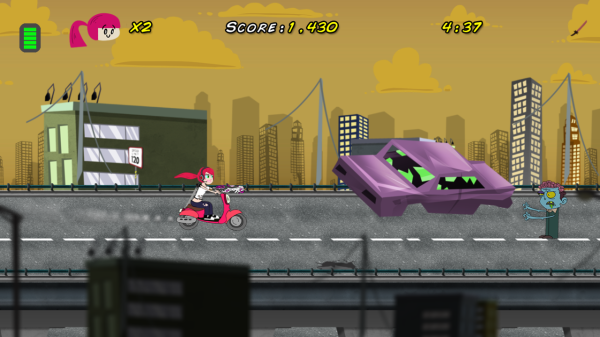 I asked our editor, Michael”RedTide” James, why he commissioned the game’s development and he admitted that he’d totally take the credit if he could, but he can’t because all he did was eat hamburgers:

“I can’t take solo credit for it at all. The concept was more or less born at Wimpy when Dane, Chris, Geoff and I went to have burgers. We wanted to do a comic based on our rAge mascot. This was last year for rAge 2012. It didn’t happen due to reasons. Geoff has always been tinkering with development ideas and somehow between that lunch and this rAge we now have a game. The short answer: it was accidentally commissioned and now it’s a thing. This happens a lot at NAG and rAge – cool things and ideas just pop into reality.”

So, dear readers, you might be asking why the hell we’re doing this. I asked the same question and got this answer from Michael:

“Nothing specific was ever planned for the game. It’s just something really fun to do at our stand, and who wouldn’t want a game based on a mascot for their show? As a side benefit, this has laid a bit of a foundation through the experience to make another game over the course of next year. Perhaps something that could be sold on Android and who knows where that will all end up. Also the eventual stroke Geoff will have opens up a gap at NAG for a new journalist.”

You can play Beyond the Dome: Roxy’s Quest Part XIII – Ain’t Got Time for This Sh*t at rAge this weekend if you head on over to the NAG stand. We’ll be tracking high scores and at the end of the weekend whoever has the highest will win an MSI GX60 Gaming Notebook valued at R14, 999.00. There will also be loads of other prizes up for grabs so come and say hi and give the game a whirl. 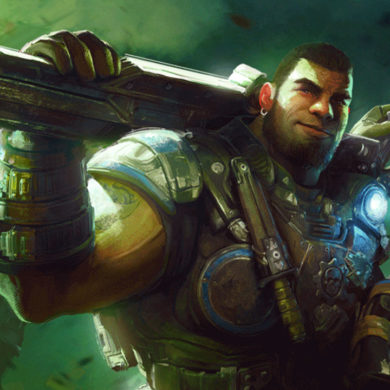