IGN Africa is live! Why is NAG excited?

Perhaps you’ve heard the rumblings on social media websites like Twitter and Facebook? Maybe you even tried to visit IGN.com yesterday, and found yourself on a page with a decidedly African feel. That’s because IGN Africa is a thing that launched late yesterday afternoon (02 December 2013). What does this mean? How did this happen? Who is responsible for this boost to the local gaming scene?

Here’s what you need to know: Johannesburg based publisher of NAG Magazine and NAG Online as well as the owner of rAge Expo has been in talks with IGN’s parent company, Ziff Davis International, to bring a localised version of IGN to the African continent. If you look over here, you’ll see that the African continent was one of the largest missing pieces in IGN’s puzzle of TOTAL WORLD DOMINATION. Michael James, and a bunch of us lovable rogues from NAG, has fixed that. We’re basically that irritating person who hides the last piece of a gigantic puzzle so that they get to place the final one.

What does this mean? It means that NAG Magazine and NAG Online isn’t going away, because we love what we do and decorate our NAG logos with sparkly hearts and rainbows and unicorns. It DOES mean that some of the NAG writers are now, technically, IGN Africa writers. You may recall we recently had a bunch of interns on NAG Online. While they might crop up every now and then, those that made the cut were all packed into big shipping containers and sent overnight delivery to IGN Africa. If you’re wondering where Tancrid Muller, Matthew Fick and Melcolm McDonald have gone, look no further than IGN Africa. If you’re also wondering who on Earth is responsible for ensuring those three don’t destroy the IGN Africa website, you can look to long-time NAG writer Tarryn van der Byl. She’ll be cracking whips and cracking skulls so that IGN Africa is full of locally produced content alongside the international content you’d find on IGN.com.

So when did all of this start? That’s a really good question and one that nobody really knows. All we DO know is that Michael James (who many of you know as RedTide and the once long-time editor of NAG Magazine) spearheaded this. He’s excited, not because he brought the biggest gaming news network to Africa, but because of the effect it’s going to have on the local gaming industry:

“IGN Africa is good for everyone in the industry. It legitimises everything we’ve all been doing over the last few years (all local sites, magazines and events). Local IGN representation means more developers will come to rAge, we’ll get more exclusive content and as a delicious side-dish give our local developers a big push onto a global platform.”

The folks over at IGN.com put together a little welcoming clip for all of us who will be making IGN Africa a daily visit; props to presenter Naomi Kyle for closing it off with some Afrikaans, even if the pronunciation was a little shaky. You can’t blame her though – our accent is weird.

Check out IGN Africa for yourself and meet the team in this Welcome Article as well. 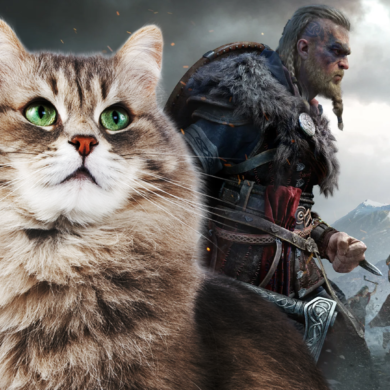