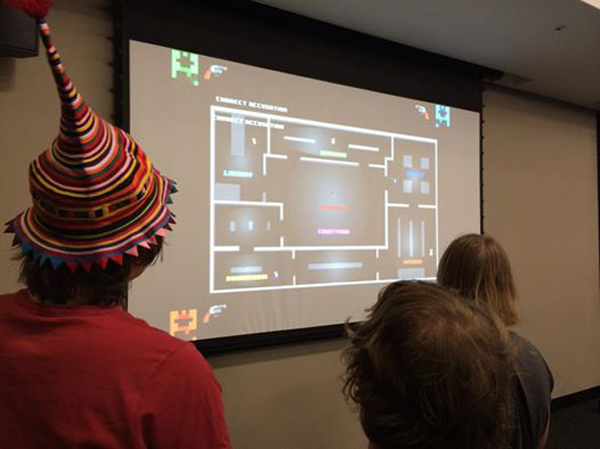 Five great local GGJ games for you to play 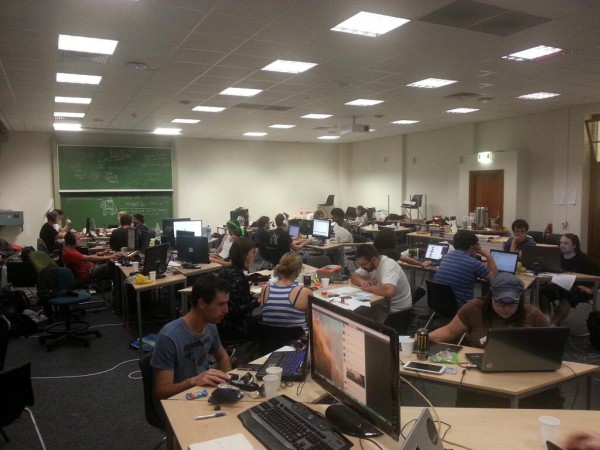 This past week was the Global Game Jam (GGJ) – the biggest and most widespread rapid game creation event of the year. This year over 4,300 games were produced by thousands of people across the globe in just 48 hours. The theme this year was “we don’t see things as they are, we see them as we are”. That’s a bit of a floaty theme, I grant you, but some pretty amazing games were still produced.

Locally, over 126 game makers took part  at venues in Johannesburg, Vanderbijlpark and Cape Town. Between them they produced 28 games – here are five that I think are specifically worthy of your attention. 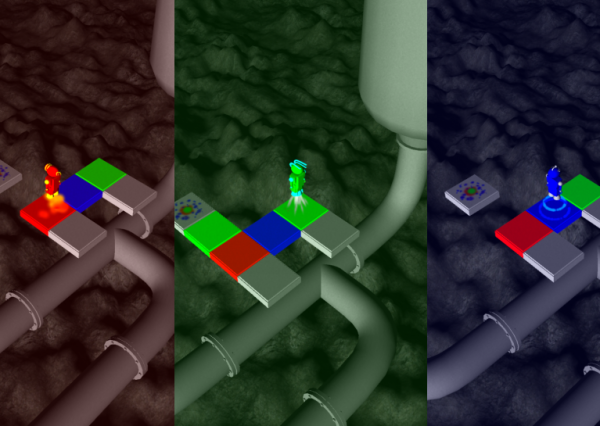 In this game you play as three chromatically-impaired triplets whose colour vision you must combine to beat puzzles. The screen is split into separate slits, each of which represents a triplet’s singularly coloured view. When a triplet lands on a colour square only they can see, that colour square becomes visible to the other brothers. Using this quirky puzzle mechanic, you must get all three brothers to the same end point to complete the level in as few moves as possible. This little prototype is fun, charmingly eccentric, and has a chuckle-inducing storyline. If you love puzzle games, then this is definitely one to try out!

Echo: A Journey Within, Without 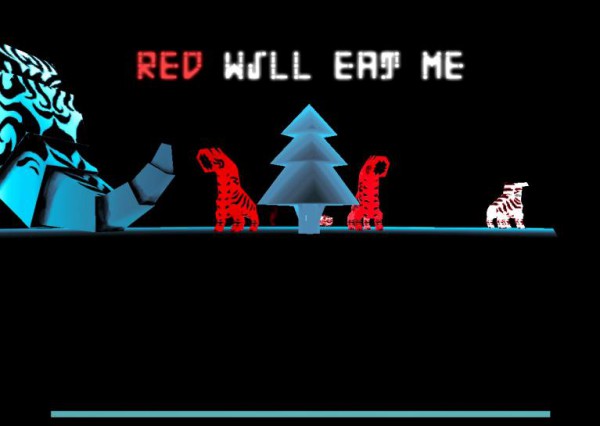 In Echo: A Journey Within, Without you play as a blind person who must use echolocation to see the world around them. It’s a surprisingly pretty game considering it’s about blindness, but the beauty of the world only seems to heighten the sensation of blindness you feel. After a few moments you feel quite suffocated by the constantly encroaching darkness. This is an interesting little game that, with a little more player feedback and direction, could turn into something quite special. If you’re a fan of flOw or the early organism phases of Spore, this game will feel quite fun and familiar to you. If nothing else, you should just try it out to experience the effectively elicited sensation of blindness.

Touch this for full get. 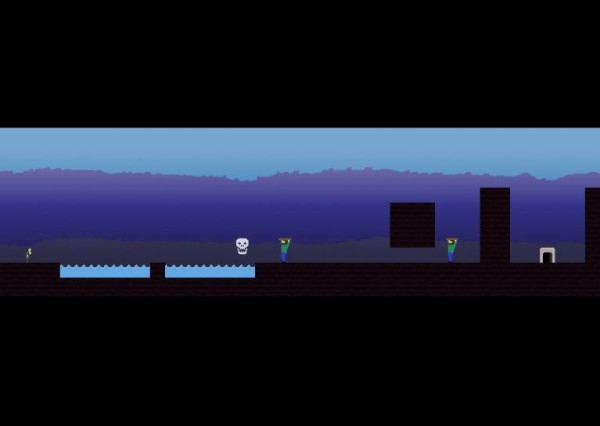 Transference is a clever little puzzle game that is really tightly put together and designed. In it you manipulate NPCs of varying types to cross several puzzle platformer levels. This game has excellent level design that teaches while you progress and introduces each new level element quite elegantly. You should give this one a go just to see the cheesy philosophical ending that makes it all worthwhile.

Find it in this link-box. 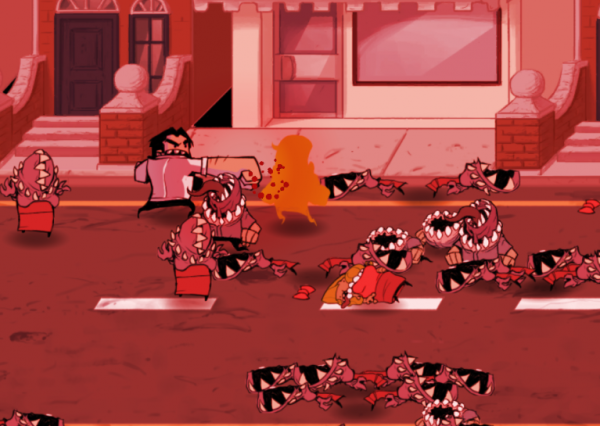 The bro-fist of Evan Greenwood, director of Free Lives – the studio bringing you Broforce – is all over this game: it’s oozing with feedback for every action you take, and it’s mind-numbingly fun and ridiculously pretty. In this game you’re told to simply run down the road and collect some bread. What makes this difficult is that you’re given the power to unleash  incredible fist punching fury upon citizens that constantly get in your way. You could give in to this temptation, but that would make reaching that inviting bread loaf near impossible. The game’s description kind of says it all: “A game about aggressively not punching people. Winners don’t use fists.” This is a quick and fun experience that is definitely worth the five minutes it takes to play it.

Under a Glass Bell 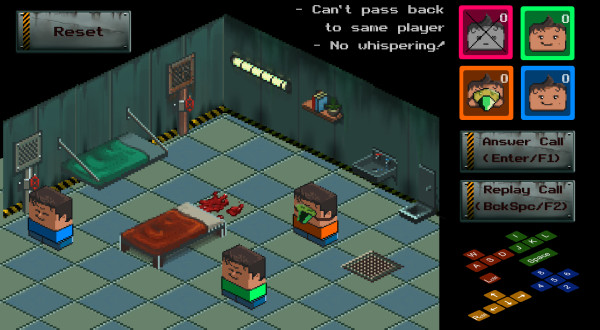 So… imagine you’re stuck in a room from one of those Saw movies and can only escape by working together with the three other people in the room. The problem is you can’t speak to the other players and can only rely on the voice coming out of a pair of headphones you’re passing around. That’s the crazy experience of Under a Glass Bell in a nut shell. I’ve only managed to play this game with two people instead of the recommended four, but it was still incredibly fun.  This is innovative multiplayer at its best, so if you’ve got four people hanging around – possibly in your very own personalized torture room – then give this one a go. 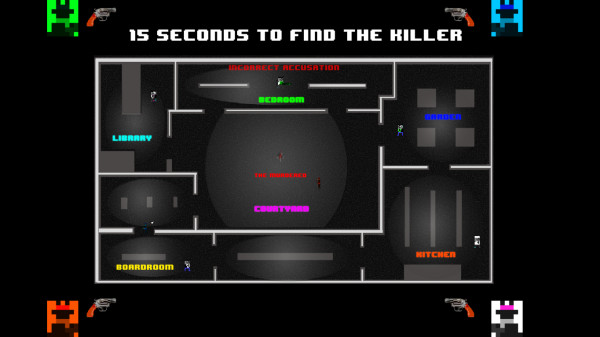 Yup – I have no shame. This is my and three others’ creation for the Global Game Jam weekend. It’s a local multiplayer game for up to four players where you frantically attempt to identify which butler in a mansion killed the man impaled on the mansion’s fountain. You can use your tranquilizer gun to hamper the movements of your opponents so that you’ll be the one to make the correct accusation first. Give it a play, I’d love to hear your comments below!

Grab it from within this bucket of grab-things.

Which game did you enjoy the most? Any great ones you think I missed?

Watch this space, I’ll be delving into some of the international creations for your playing pleasure soon! 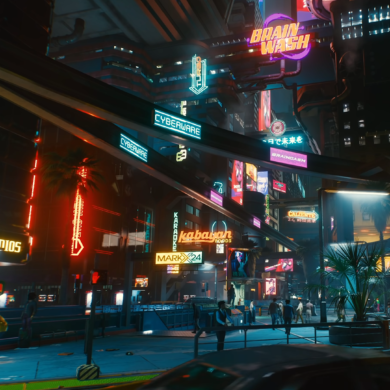 Cyberpunk 2077 isn’t bad on Xbox One X, is okay on Xbox Series X, and a total no-show on Xbox One