Welcome to day two of NAG’s round-up of all things GDC 2014 related. The conference had some more exciting news items, talks and revelations yesterday, and we’re covering them all in a lickety-split, no fuss omnibus package. In order to better find what you’re interested in, we’ll be dividing the talks, announcements and game reveals into different sections, so everyone wins. Except Dane, who’ll need to edit this whirlwind of info for consistency and granmaz. [! – Ed.]

Paradox Interactive has entered a deal with Obsidian Entertainment to publish and market Obsidian’s upcoming RPG, Pillars of Eternity. The partnership will not require Obsidian to hand over any aspect of creative control or the $4 million plus funds they generated from Kickstarter — Paradox will, however, handle marketing, promotion and publishing of the title and will take a percentage of every sale once it’s released.

Sony announced their own entrant into the virtual reality world with Project Morpheus, a headset that incorporates aspects of the PlayStation Move. We felt this needed a little more emphasis, so we wrote about it in more detail here.

Unity Technologies have announced the latest version of their Unity game engine, Unity 5, which will bring 64-bit engine support and a host of improvements to their sound and visual tools, increased shader support and integration with Mozilla’s WebGL, which will allow Unity 5 to run within the browser without requiring any plugins.

GDC continues to have a number of interesting sessions around the craft of making video games. Thomas Grip of Frictional Games — makers of the Penumbra series and Amnesia: The Dark Descent — suggests building games incrementally, introducing both story and mechanics through smaller development chunks. Most games, in his opinion, treat story as “waste product” to be dealt with once the core functional aspects of the game are in place. He mentions BioShock and Heavy Rain – two games regularly praised for their narrative structure – as failures in this regard. You can read more about it here.

Another interesting talk was by Alexander Bruce, creator of the mind-bending Antichamber, where he details eight take-aways for aspiring developers culled from an eight-year development cycle. The game itself is a massive success, with 750,000 sales and $5 million gross revenue since its launch in 2013.

Chris Dahlen of Mad*Pow tackled the thorny subject of romance in games, criticising the typical single-integer variable that dictates relationships in games like Persona 4 and recommending a two-integer system based around “rivalry” and “respect”. This allows you to have interesting interactions, such as deliberately insulting your love interest in order to stoke rivalry, or growing respect through directly conflicting interactions. “You can’t just have a love interest who is always ‘Oh my god you are the greatest’,” says Dahlen.

Bethesda senior designer Joel Burgess went into the iteration process that characterised the level design of Skyrim and Fallout 3. No game is ever complete, he argues, but the value of iterative passes over content once you label it as complete is invaluable and dramatically improves the quality.

Lastly, give this piece a read: a panel of writers from a broad spectrum of the industry discuss the pitfalls and challenges in writing engaging content for players. From Chris Avellone (Fallout 2, Knights of the Old Republic II) of Obsidian to Jill Murray of Assassin’s Creed 3: Liberation, the panel was staffed by revered veterans of the medium.

PopCap covered porting the popular Plants vs. Zombies 2 to the Chinese market. Prior to porting, PopCap had experienced excessive piracy in the region, with almost six million players downloading cracked versions to jail-broken iPhones. PopCap introduced several cultural additions, such as the kung-fu zombie, and changed the way players are required to purchase resources such as sun and plant pieces. Also interesting was that the game allegedly was subject to a “coordinated rating attack” by its competitors within the region, dropping its initial five star rating down to two despite being the second highest-grossing game in the country.

China, it turns out, could dwarf the gaming market. In a presentation by Naspers-owned Tencent Games, executive in charge of production Steve Gray highlighted that the pace at which handsets are released results in a massive audience. “Particularly in the Chinese market, but it’s indicative of the whole world, people come in to play really simple games, where you scratch your finger on the phone and something happens,” he said. “But what we find is that people then start to play more complicated games.” Interestingly, he said that focusing on making a great game results in greater opportunities for monetisation rather than building with monetisation at the start. This has been Slowpoke News, more groundbreaking logic at 11.

Peter Molyneux discussed his move from triple-A development into the indie scene, and offers refreshingly practical insight into the benefits of being an independent developer — at times at odds with the established norms that most indies profess. Using the six-step plan behind Godus as the main crux of his argument, he explained the value of Steam Early Access, staggered release dates, community management and, surprisingly, how to limit player feedback in order to avoid your design warping from knee-jerk player feedback.

Finally, delving into that seedy world of free to play, Dmitri Williams, CEO of NinjaMetrics, indicated that like casinos that invest in finding whales — high-spenders who can be wooed with free gifts, accommodation and other exclusive perks — free to play games should look to identify “social whales”: players who through their communication and attitudes with other players encourage them to spend within the game. According to Williams, of the 25% of e-commerce value associated with online social interaction, social whales form a massive part of that group. “Social whales are around 10% of the population and control about 60% of social value,” Williams said.

It’s because they have a whale of a time! Okay I’m done. Check in tomorrow for the best of the rest from GDC. 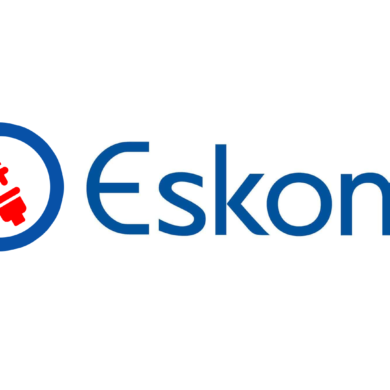