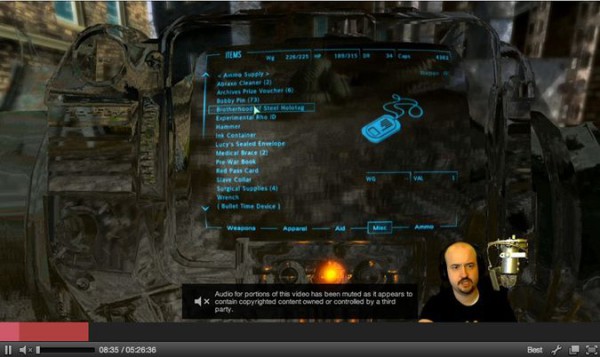 Oh boy! Remember when YouTube started doing this? Issuing infringement notices on videos that utilised copyrighted music? It resulted in all sorts of ire and people being very angry.

The same thing has just happened to Twitch, which, if you recall, has been purchased by Google. Makes sense now, doesn’t it?

This is the situation: all archived, video-on-demand pieces on Twitch are now being systematically scanned for any copyrighted music. So, if a Twitch streamer was maybe streaming some Dota 2 while listening to, say, Maylene and the Sons of Disaster*, then Twitch would pick that up and block out the audio for a 30 minute junk. Similarly, if somebody was streaming some Grand Theft Auto V and one of the in-game copyrighted songs played over one of the game’s radio stations, then that audio would be blocked out for 30 minutes. Yes, ambient audio, in-game audio, it’s all on Twitch’s Copyright-o-tron’s deathlist.

The good news is that this won’t affect live Twitch streaming, only archived footage that people make available via their Twitch dashboards. The system is already running and many people are receiving pop-up messages in their videos, as you can see in the header image above. Even Valve’s official Dota 2 – The International channel has been whacked with copyright infringement pop-ups. If you’re one who loves delicious irony, then you’ll probably get a kick out of knowing that Twitch’s own channel has also been hit by the Copyright-o-tron. Ah, such delightful retribution, no?

Anyway, that’s the status quo with Twitch at the moment. They’ve also added a new archive system that allows streamers to add portions of their videos to a “Highlights” reel, which will then save them forever. Streamed footage now also stays up for 60 days instead of two weeks. You can see more about that in the video below.

*Incidentally, Maylene and the Sons of Disaster are totally awesome if you’re into hillbilly banjos mixed with death metal. 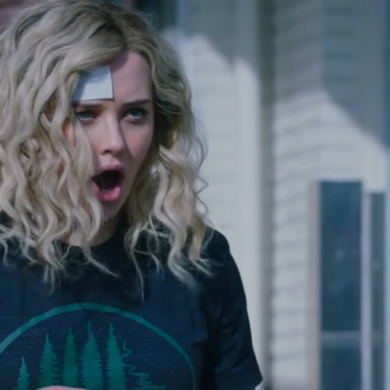 Spontaneous is a movie about high school kids who randomly explode, and this is my kind of content