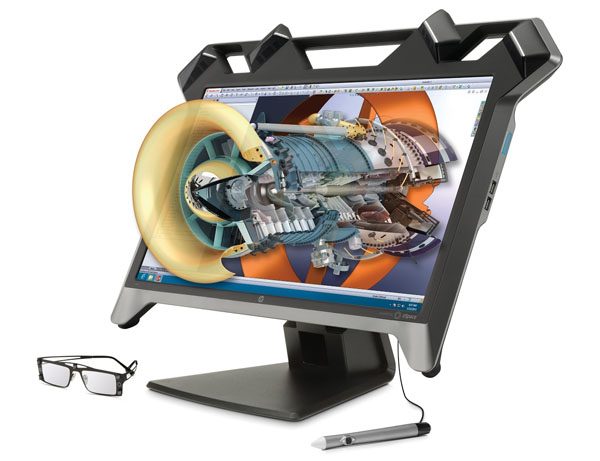 Hewlett-Packard isn’t usually known for their displays and it’s really only the Z-series lineup that has been a favourite with gamers and professionals alike. The company seems to be turning a keener eye to their monitor market these days and bombarded CES with eight brand new monitors to feed images into your eyeballs and they are all very different to what we’ve been used to in recent years. First up is their ZVR, what HP is billing as a “3D Virtual Reality Display.”

The ZVR is an odd duck. Four infrared sensors are mounted to the top of the monitor to track your head while wearing the included glasses and will manipulate the displayed image in a number of ways to suit your needs. You can turn your head and 3D objects will turn with it. You won’t be able to interact with anything side-on, so it’ll only be like Tony Stark’s 3D creator powered by Jarvis if you’re standing directly in front of it.

One planned feature is to have a 3D image on your monitor, but task the display with streaming a 2D image to other monitors, so as you rotate an object using the ZVR, the 2D image shows the results in real-time. The IR trackers don’t work with fingers, but there may be a future where firmware and LED-tipped gloves make that happen.

Specs-wise, the ZVR is a 1920 x 1080 display at 23.6-inches diagonal, with a 5ms grey-to-grey response time and ultra-low latency. It also has a single DVI port, one Displayport 1.2 connector and a USB 2.0 hub. The monitor has a touch panel and includes an active digitiser and stylus. No price was announced. 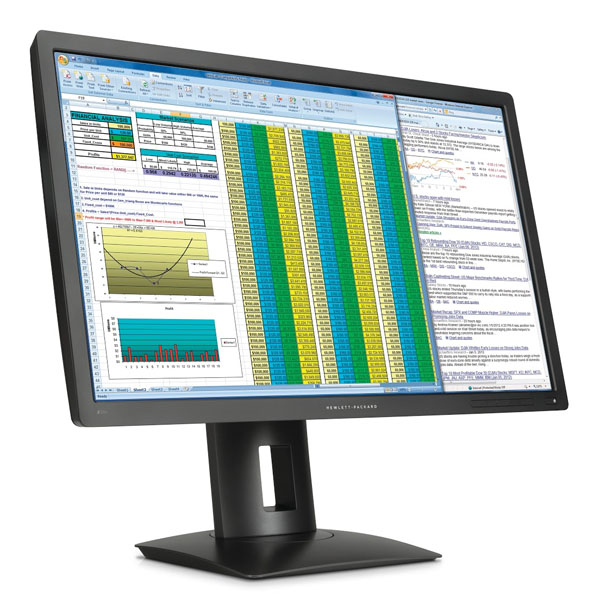 HP also unveiled their first UltraHD 5K display, the 27-inch Z27q. At $1299, this monitor delivers a staggering resolution of 5120 x 2880 (a 16:9 aspect ratio) on a IPS display at 60Hz. It boasts full Adobe RGB coverage and ships with two pre-calibrated settings for you to choose from.

Because there’s no other connection currently that supports UHD5K at 60Hz refresh rates, the Z27q only has a Displayport 1.2 connector and also includes a five-port USB 3.0 hub. Because it has a single connector, this is a single tile display and is not made up of two 2560 x 2880 panels mated together. There is no indication if this monitor or any of the others announced by HP support Adaptive Sync technologies. 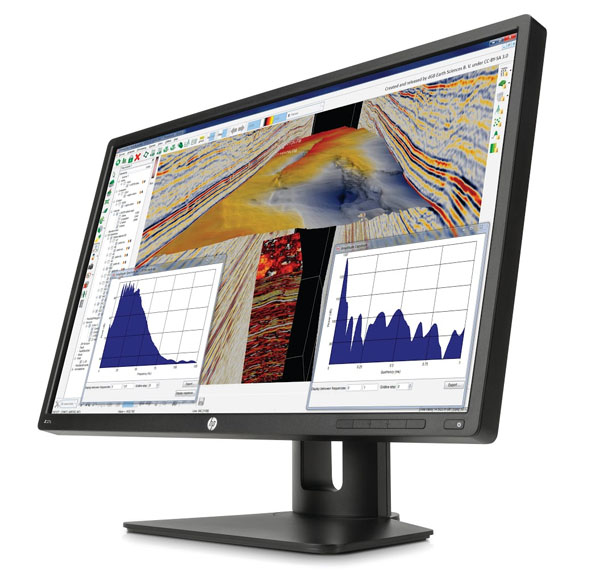 Getting smaller and cheaper, the Z27s is a 27-inch UltraHD 4K monitor that boasts an IPS panel operating at 60Hz and full Adobe RGB coverage to boot. It shares some of that DNA with the smaller Z24s, which only scales down in size, not specifications. With most UHD4K monitors in the market hovering at around 28-inches with a price point of $800, HP is playing aggressively by announcing that the Z24s will ship at $549 on launch, with the Z27s only being a little more expensive to make up for the increase in size (likely $650).

Neither display will be suitable for gaming, though. They have matching 14ms grey-to-grey response times, which will dull the experience somewhat. Connectivity is covered through DVI, Displayport 1.2a and a HDMI port with MHL compatibility, as well as boasting stands that allow the display to tilt and pivot. Both monitors will land on the market towards the end of January, but there’s no telling when they’ll be available in South Africa. 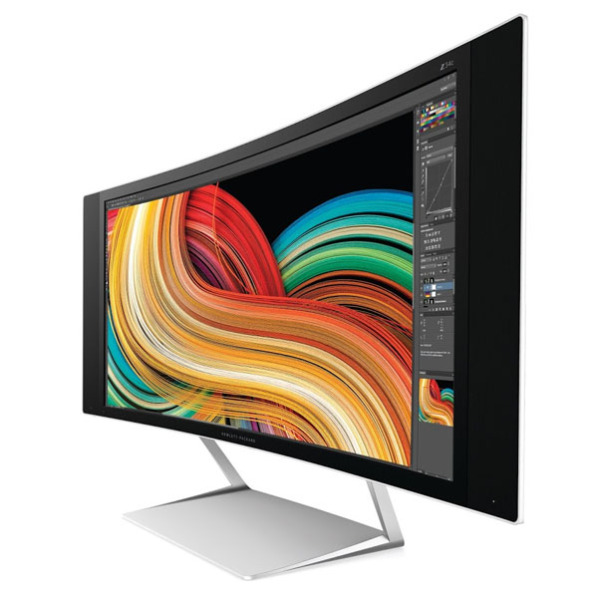 If there’s ever been a trend in monitors that makes me weak at the knees, it has to be the curved display revolution. HP kicks things off with the Evny 34c and the Z34c, two 34-inch curved 3440 x 1440 AHVA displays with a killer price of $999. Both have 6W speakers attached to their sides and will come with VESA mounts should you want to get rid of the stands which will only allow for tilt movement.

These are 21:9 monitors, so gaming and wide-screen media will fit in perfectly with the resolution (with some exceptions when it comes to game support) and with applications that don’t support the ultra-wide ratio, they’ll default to the 2560 x 1440 resolution measuring 27-inches diagonal. Its a decent compromise considering how bleeding edge ultrawide curved monitors are.

Both the Z34c and the Envy 34c ship with one Displayport 1.2a connector, two HDMI 1.4a ports (one of which is MHL-capable) and both are rated for 8ms grey-to-grey response times. Availablility is expected towards the end of April 2015. 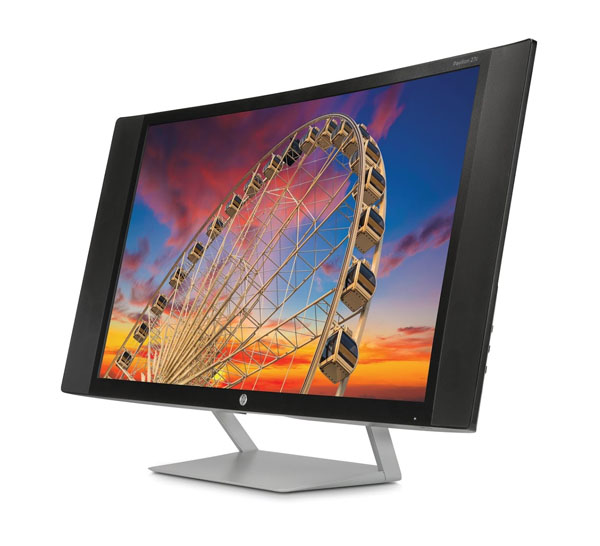 Scaling things down somewhat, HP finally ends it all with the EliteDisplay S270c and Pavilion 27c 27-inch monitors. Both are curved and top out at a resolution of 1920 x 1080 with an AHVA panel, promising deeper blacks and near-IPS levels of colour accuracy at 60Hz refresh rates.

At $399, you get two HDMI ports (one with MHL capability) two 4-watt DTS-certified speakers built-in and a VGA connector, for those looking to try be especially retro and ruin the entire thing. Both the EliteDisplay S270c and Pavilion 27c should be available in the US, Canada and some European countries to purchase today, but I’m not sure it’s worth ponying up for a 27-inch 1080p monitor. It would be better to save up for the Z27s instead and wait for Microsoft to fix their DPI scaling issues inside Windows 10. 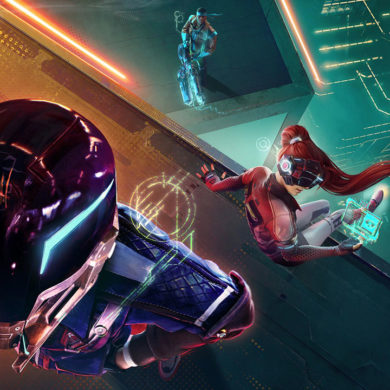 Ubisoft’s Hyper Scape is a battle royale, but different