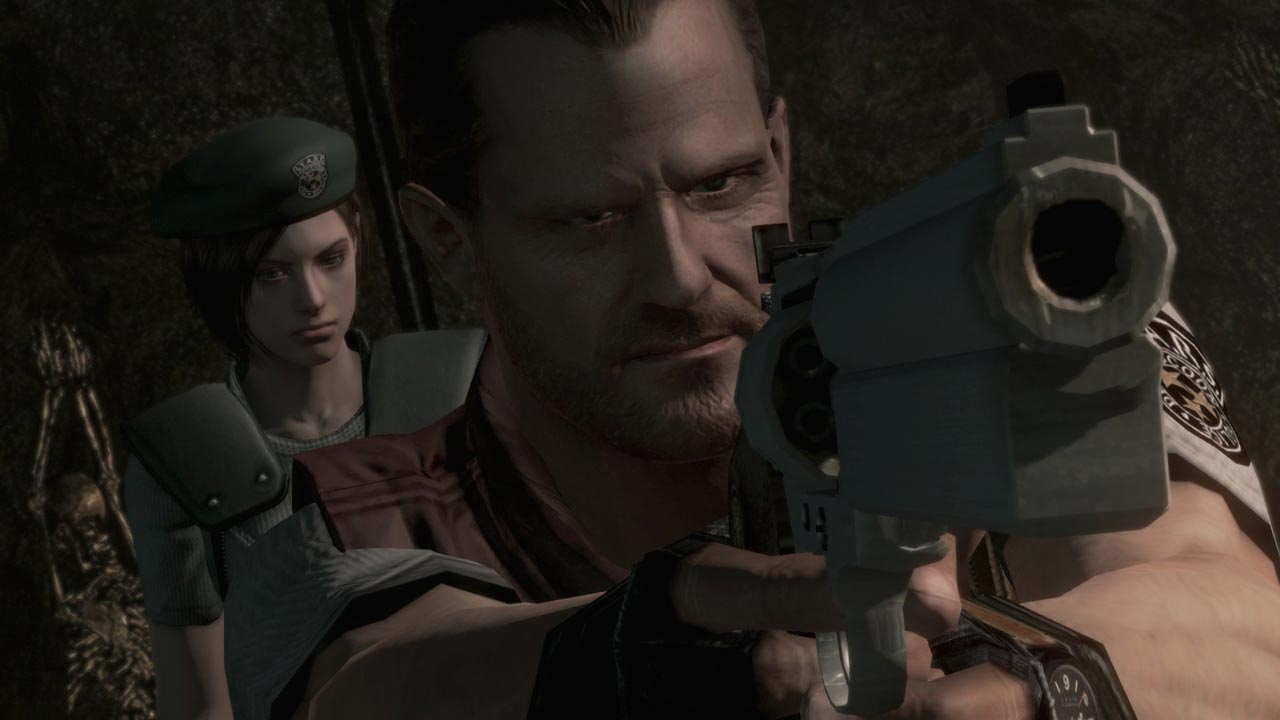 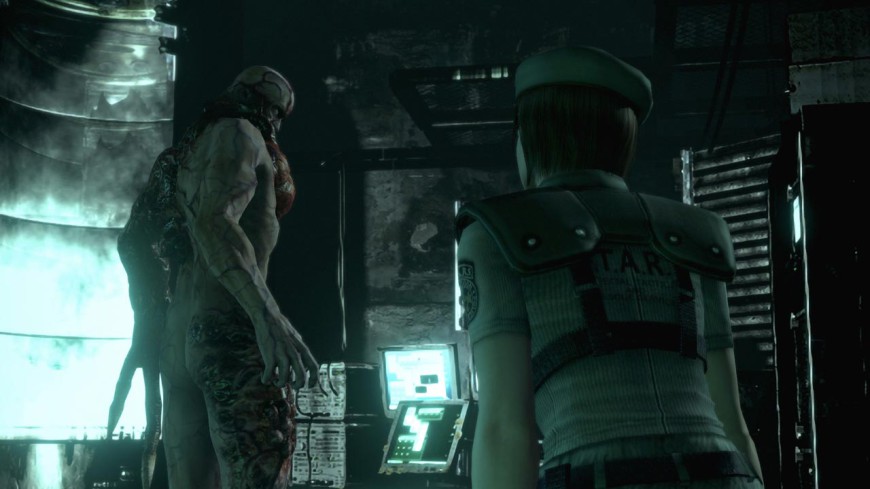 You know what I’m going to do? I’m going to get surgery that removes the part of my brain that’s responsible for nostalgia – or failing that, I’ll get some diagrams off the Internet and give the general area a few cracks with a hammer in the hope I can permanently stave off nostalgia-based purchases.

Why, you ask? Because I bought the HD re-release of the 2002 GameCube remake of Resident Evil, that’s why. A remaster of a remake of an Alone in the Dark clone – a string of connections reaching back almost 25 years, a point I don’t raise idly either. When playing this HD, widescreen, visually and acoustically updated game, you can’t help but get a strong sense of outdated, archaic gameplay. 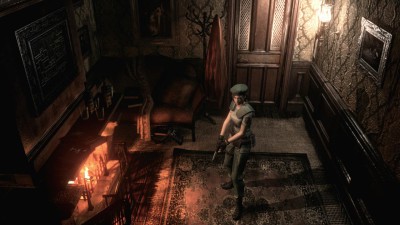 So is it bad? Well, no. It’s just… old. That might seem like an odd charge coming from someone whose GOG.com account has almost 150 titles in it – but some games age better than others. Simple platfomers are as enjoyable today as they ever were. The genre hasn’t significantly evolved over the decades. Early first-person shooters can still be a blast to play and in many cases are a welcome return to simplicity from modern shooters whose mechanics have evolved quite drastically since the Doom days, and not always for the better (*cough* modern military shooters *cough*).

Few genres show their age quite as badly as the survival horror genre, and Resident Evil is the game which coined the term “survival horror”. It was a big deal back in the early days of 3D-capable video game consoles for its cinematic 3D viewpoints and scary atmosphere, and I enjoyed it back then. I didn’t find it even remotely scary, but I enjoyed the subject matter. Almost a decade later, an enhanced version was released on Nintendo’s GameCube. It played basically the same way with a few minor surprises, and had a major graphical overhaul. I enjoyed that version too.

“It turns out the mansion is owned by the pharmaceutical corporation Umbrella, and is crawling with zombies and other monsters as a result of their experiments backfiring.”

And then came Resident Evil 4 (a milestone in the survival horror genre and one of my favourite games of all time) to light the way forward for the stagnating genre and completely alter the way survival horror games could be played, making them more fun. And while some stick-in-the-muds whined about the new gameplay from the stale confines of their comfort zones, most players agreed it was a breath of fresh air and a positive direction for the series. Unfortunately, RE4 had the nasty and perhaps unintentional effect of making us realise just how much we weren’t enjoying ourselves playing classic survival horrors.

The franchise continues in the RE4 style to this day, with Resident Evil: Revelations 2 due out some time this year. I can’t wait. But this HD, remastered version of Resident Evil 1 is basically the 2002 GameCube version I mentioned earlier with some minor enhancements and all of the archaic gameplay intact. Players choose to play as one of two Raccoon City police officers, Chris Redfield or Jill Valentine, and head to a mansion in the woods to find their colleagues who went missing days before. It turns out the mansion is owned by the pharmaceutical corporation Umbrella, and is crawling with zombies and other monsters as a result of their experiments backfiring. 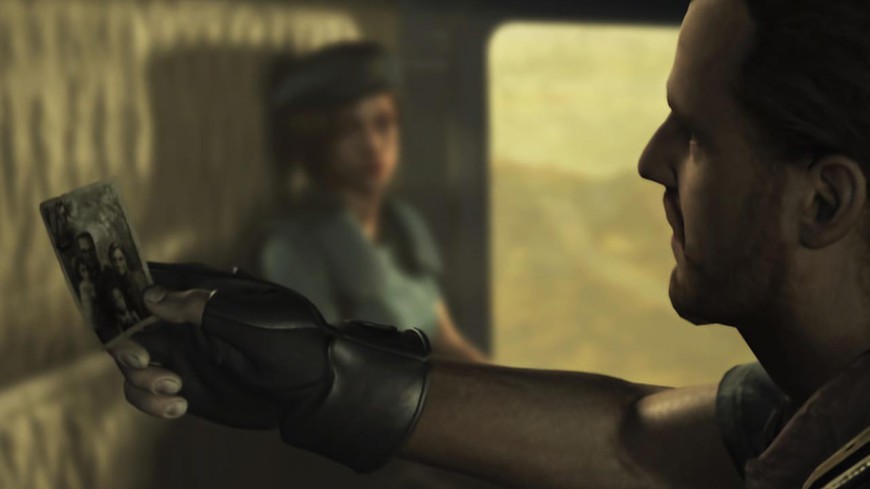 Players have the option of using two control schemes. One is the classic tank-like control scheme all survival horrors used back then, and the second is an absolute-direction control scheme in which you push the stick in the direction you want to go and the character moves in that direction. I’d definitely recommend sticking to the classic scheme – not because it has any kind of merit, but because it plays nicer with Resident Evil‘s camera system, which switches to dozens of different fixed viewpoints as you move around the mansion. With the newer scheme, it can lead to some wacky results. 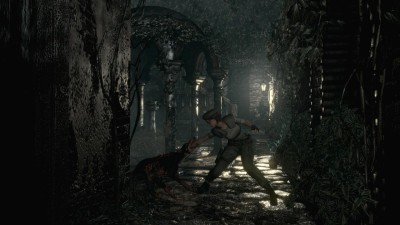 Apart from that, it’s the same classic game we all remember. The movement is clunky, making avoiding zombies unreliable. The combat is horrible and inconsistent, with severely limited ammo and health items, and the game forcing you to rely on the lock-on system to aim at enemies off camera. The puzzles are ridiculous and make no sense in any real-world context – I mean, crests to open doors? Gun racks that trigger traps? Who the hell designed this mansion? It’s no wonder they fell victim to their own experiments – someone probably misplaced the sceptre you need to shove up a statue’s bum to initiate the decontamination procedure.

We call this miserable experience “classic” survival horror. Although I bought the game without a moment’s hesitation, it didn’t take me long to realise just how selective my memory is – hence my resolve to tear the nostalgia right out of my soul when I finish writing this. The constant trial-and-error gameplay to find items, learn which enemies to kill and which to avoid, and figure out puzzles just isn’t fun any more.

You know what would be fun? A Resident Evil 1 remake/remastering in which we could play it like the newer games in the series. Keep all the maps and puzzles the same – just update the gameplay. I saw a video on YouTube of a guy who’s remaking Resident Evil 2 using the Unreal engine – not for release, unfortunately, just as an experiment, but it looked awesome. If Capcom released something like that, I don’t think there’d be a pair of trousers loose enough to contain my ensuing excitement. 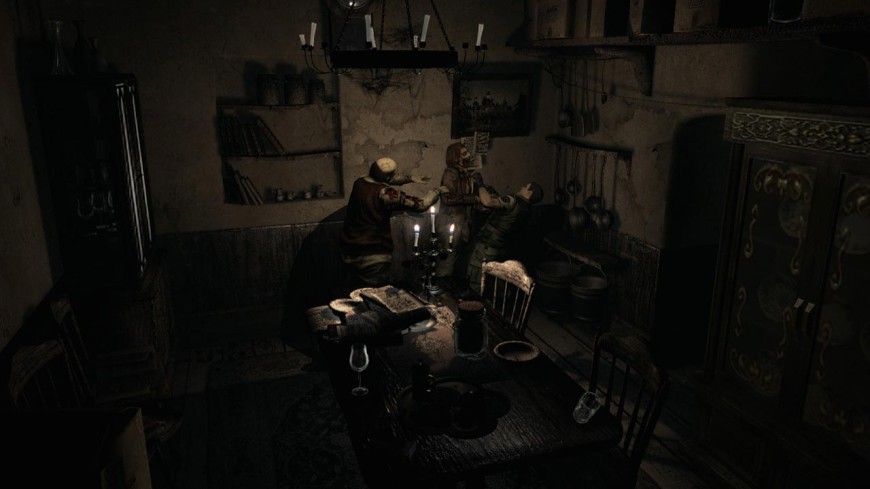 As it stands, I’ll have to make do with this. It’s not bad or broken, it just contains antiquated gameplay that definitely doesn’t hold up well today. Despite this, I’ll continue to push through it just for the memories, and I’ll probably buy the HD remaster of Resident Evil Zero, if Capcom releases it – but in that case I’ll be doing it because RE Zero stars my favourite RE character, Rebecca Chambers.

If the outdated survival horror mechanics don’t bother you, consider the game recommended, otherwise I’d suggest simply nodding knowingly and passing it by. I’d still rather play this than The Evil Within. Just saying.

65 The HD makeover doesn’t quite hide the old blemishes in this warts-and-all remastering of a survival horror classic. 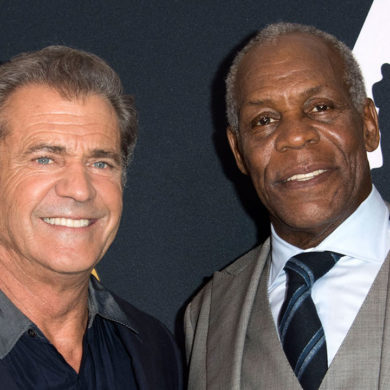