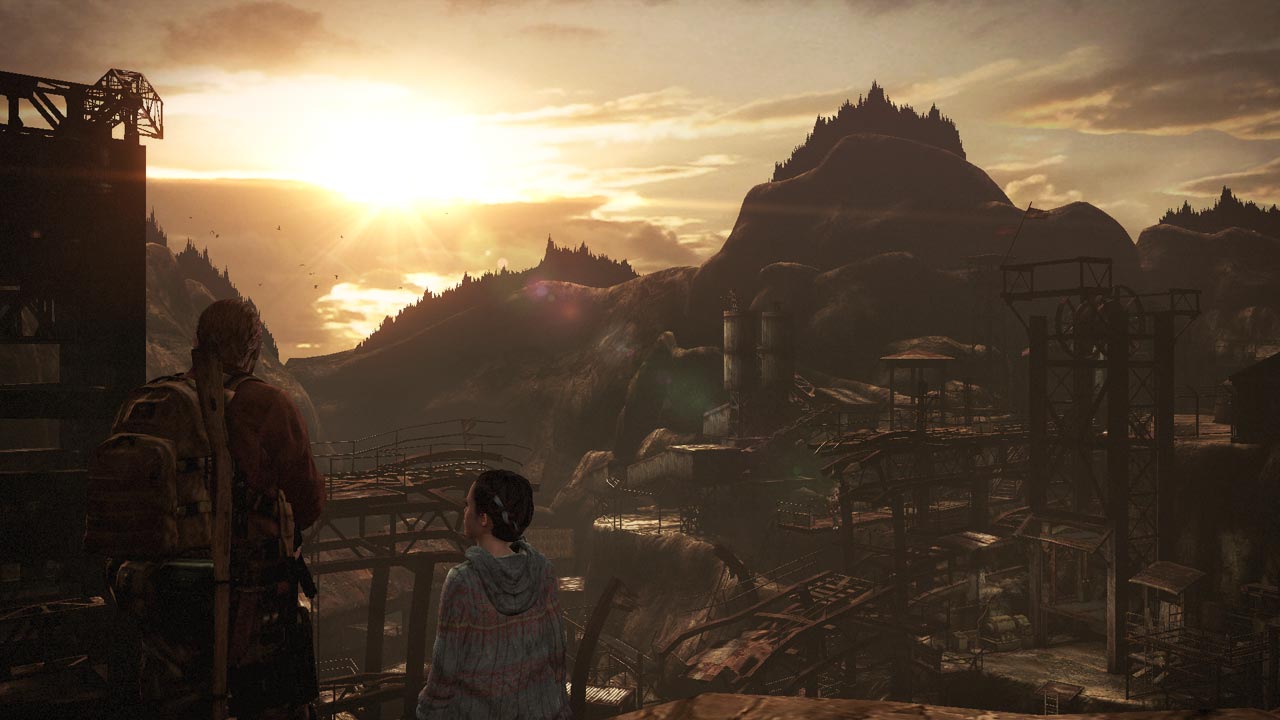 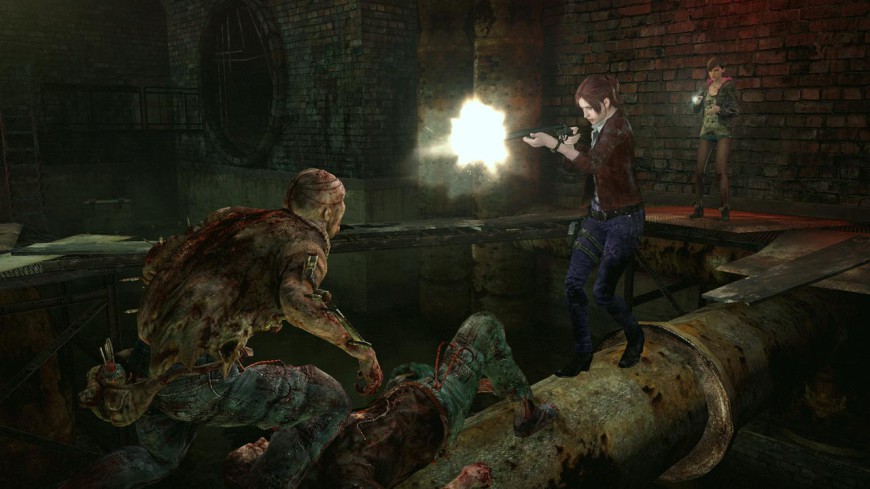 By now it must be quite annoying to hear fans of Resident Evil 4 constantly comparing each new game in the series to it, but we do so for a very good reason – Resident Evil 4 was just that much fun. It had campiness and attitude, it had mechanics that drew you in (like weapon purchasing and upgrading), and it was surprisingly long and varied.

We don’t want Resident Evil 4 again, we just want a horror action game that impresses us as much as Resi 4 did. The last few Resident Evil games haven’t quite gotten it right and The Evil Within was a dismal failure in my opinion. I do think that the original RE: Revelations came closer than most to matching RE4‘s all-round fun factor, and its sequel began its online release a few weeks ago. Let’s cross our fingers and see how it fares so far.

Having never tried episodic gaming before and feeling starved for some PS4 software, I decided to give it a go and bought the game’s season pass. As of writing this, I’ve downloaded and played the first two episodes, and await the third with some eagerness. Perhaps I’ll give you a short final verdict at the end, if Lord Editor lets me. All in all, there’ll be four main episodes plus two side episodes and a whole bunch of DLC. You can download them as they arrive, or you can await the physical retail release in a few weeks. 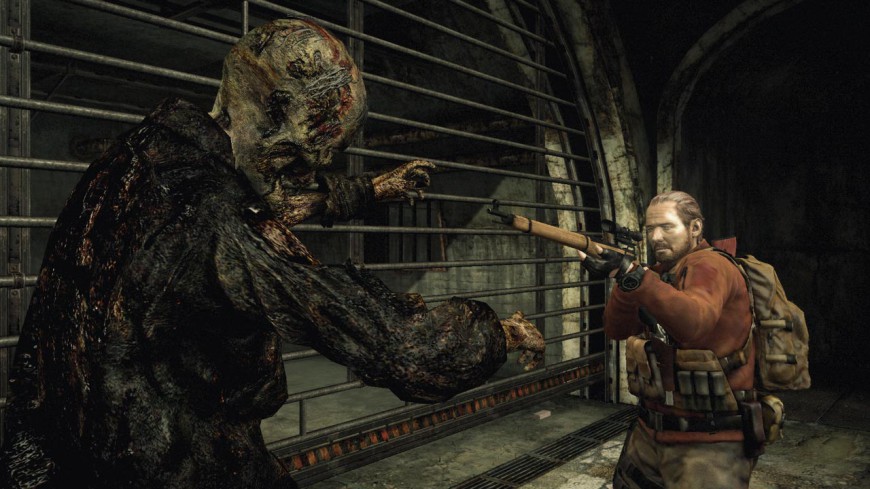 Right from the start, RE: Revelations 2 strikes an odd chord. It opens with Claire Redfield, whom we haven’t seen since RE: Code Veronica, attending some kind of ceremony for TerraSave, the new anti-bioterrorism organisation for which she works. She’s met there by new recruit Moira Burton – yes, Barry Burton’s (from RE1) daughter. Long story short, some shady mercenaries bust in and abduct Claire and Moira, who awaken in dank cells in an unknown location with talking bracelets that tell them they’re going to be put through nasty trials.

“…it’s quite promising, and after the way the episode two ends, I’m interested to see what happens next.”

It has a tang of Saw about it, with zombies instead of torture traps – but you’ll only be playing as Claire and Moira for half of each episode. For the other half, you play as Barry Burton (who has shown up at the facility to rescue his daughter) and a little orphaned girl with psychic powers called Natalia, who latches onto Barry for protection. In each case, you can switch between the two playable characters at will. Claire and Barry are the only two who can use guns in their respective scenarios. Moira and Natalia can point out hidden items and attack enemies with a crowbar and a brick respectively. Moira also has a flashlight she can use to blind enemies, and Natalia can see enemies through walls, spot invisible enemies, and locate enemy weak spots. 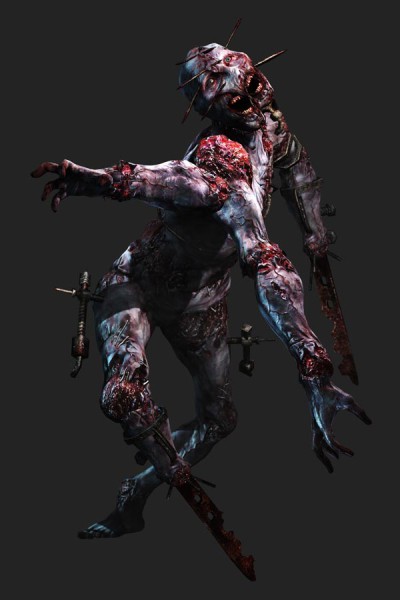 It plays in an over-the-shoulder shooter fashion, similarly to most modern Resident Evil games – which, unlike a lot of fans, I don’t regard as a bad thing. I like being able to move while aiming and, if I’m going to miss a shot, I want it to be because of my incompetence and not because a lock-on system decreed it.

The first episode deals with Claire and Moira getting a grip on their situation and finding a way to escape the monster-infested detention centre they’re in. You’ll get to fight a few stock enemies with a few brutes in between, and you’ll solve a few switch and key puzzles, nothing too special. After that, you get to play Barry’s bit, in which he arrives, meets Natalia and heads to Moira’s last known location. Barry’s scenario is a bit longer and more interesting, the highlight being an enemy type called a “revenant”, I think. These creatures can be killed by unloading enough ordnance into them, but you’ll save a ton of ammo if you locate their weak spots, which are always random, and shoot those specifically. Only Natalia can see their weak spots, meaning you have to switch to her, see where it is, then switch back to Barry and shoot it.

Episode two is considerably longer for both the Claire/Moira and Barry/Natalia scenarios. A few new enemies and weapons are introduced, making good use of the ability to switch characters at will, and there are a few open areas to explore and fight in. So far, it’s quite promising, and after the way the episode two ends, I’m interested to see what happens next. It’s not very challenging though, even on the hardest difficulty – especially because you can do multiple runs on the easier settings to stockpile ammo, health and experience points to make the higher difficulties easier. The crafting system is also kind of crap. You can collect items to craft a handful of different types of explosives and a couple of support items – but the list of things you can make is so small I don’t know why the developers didn’t just give you the items instead of creating this anemic crafting interface.

There are also emblems to shoot and hidden items to collect in each episode if you’re a completionist, and you can play the Raid Mode if you’re so inclined. Raid Mode is similar to the one in the previous game: you pick your character and gun down waves of enemies for high scores, collecting money, experience points, new skills, weapons and weapon upgrades as you go. 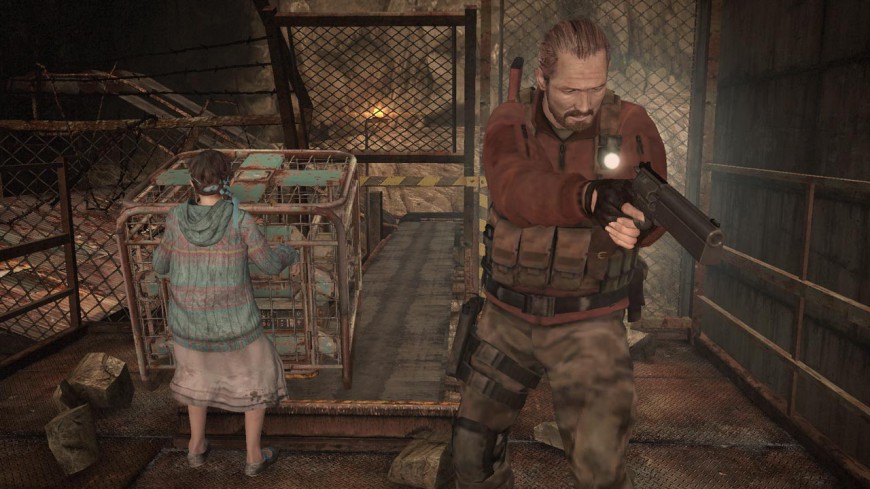 Graphically it’s pretty enough. Nothing special really, which probably has to do with the game being developed for simultaneous release on older machines. As for the horror, well, it’s not scary. To me, Resident Evil never has been – but you might get some situational tension out of it if you do what I did and jump straight into the hardest settings without stockpiling any ammo first.

Up to this point, it’s looking okay. It still has time to surprise me and reach RE4‘s heights, but I’d be lying if I said I think that’s going to happen. At best, I think it will be a respectable entry in the series, but we’ll have to wait and see.

75 So far, a competent action-horror game with decent co-op potential. 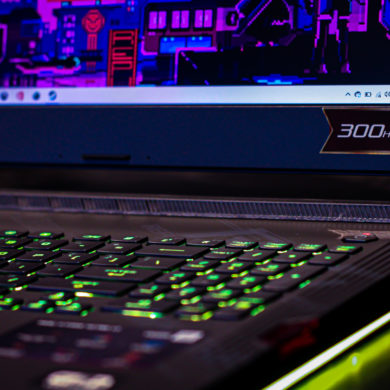