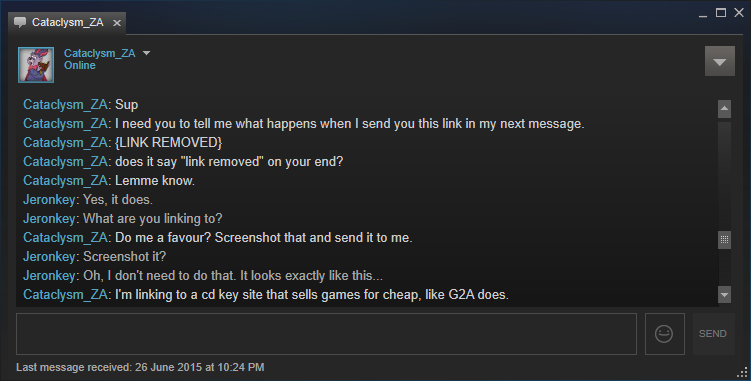 Valve’s Steam client chat service made it onto the headlines earlier this year with the news that it was removing links to known torrent websites and torrent files specifically. This seemed to hit a note with users, who wondered if Valve was spying on them. The reality is that Valve actually copies those links, hashes them with a MD5 algorithm, and then compares that MD5 checksum against a table of known malicious or banned links – only if it finds a match, will it remove it. I’m not sure when this took place exactly, but Valve is now also going the same for CD key sites like Kenguin that acts as a grey market portal, selling keys to users that may not be intended for their region.

The types of links now banned from the chats link to sites like G2A, but there are some other types of links that are likewise banned. This seems to be how Valve plans to safeguard its business, especially given that they now offer refunds and have made several efforts to stop games from being traded across continents. Trying to compete against websites which sell keys from countries that have had their currencies devalued, like Russia or Ukraine, or countries where its just cheap regardless, like China.

That’s not all, though. Shortened URLs are now also on the ban list and anything from Bit.ly, or TinyURL or similar sites is often either removed or declared a possibly malicious link. Is Valve within their rights to keep users from buying games from the grey or black markets that they may not receive support for? Of course they are. But I think the heavy-handed approach to also ban shortened links is a bad idea. In that same chat, Jeronkey also tells me that his URLs sent to friends that link to his Picasa albums also get removed, presumably because those are also shortened. It may be the case that others from Google and Microsoft, linking to files or folders on Google Docs or OneDrive, might also be declared malicious if they are shortened.

Honestly, I think Valve would easily side-step this, and every other issue with link banning, if they took the Youtube route and only allowed for links to their own store and products on the Steam store. That way their users are protected from malicious links, the issue of sharing links to torrents of games and other copyright material, and nobody can really complain since these were the terms and conditions they signed up to anyway. 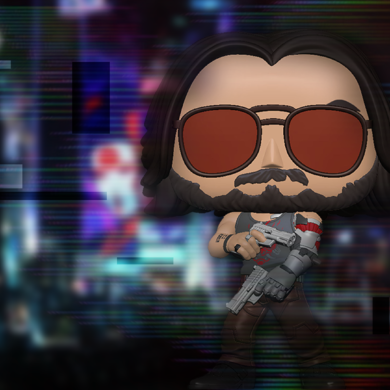