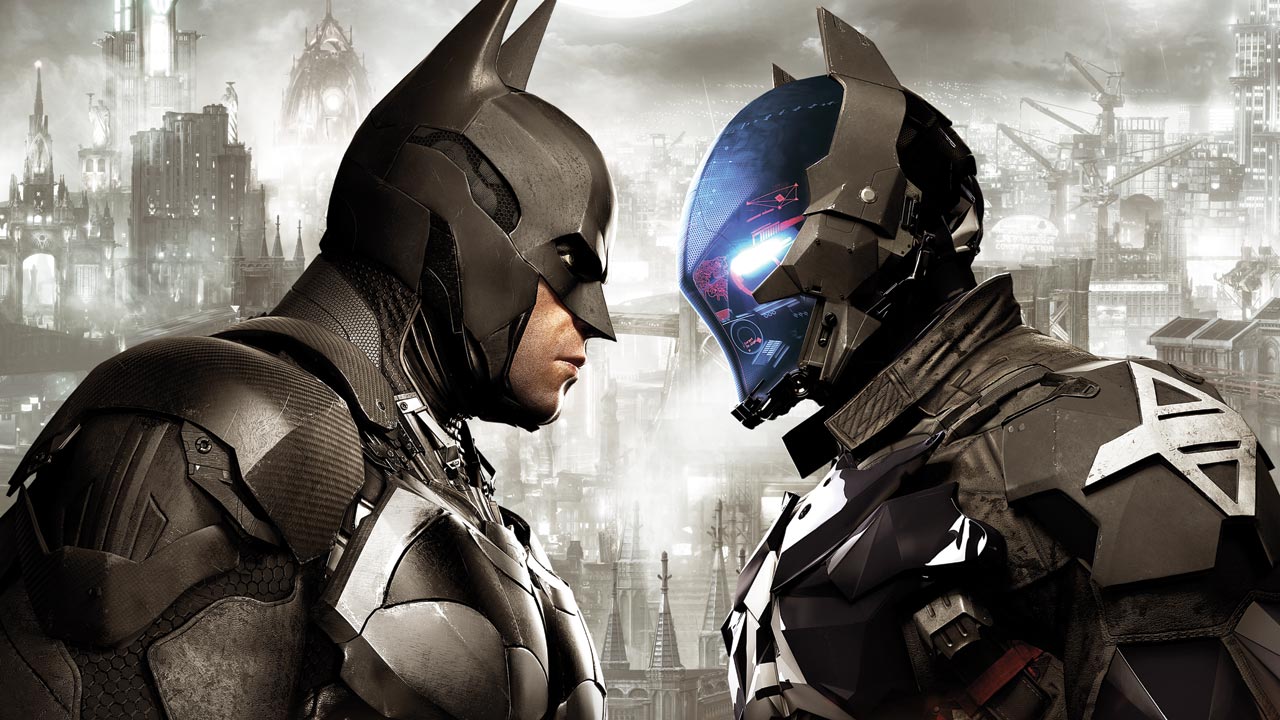 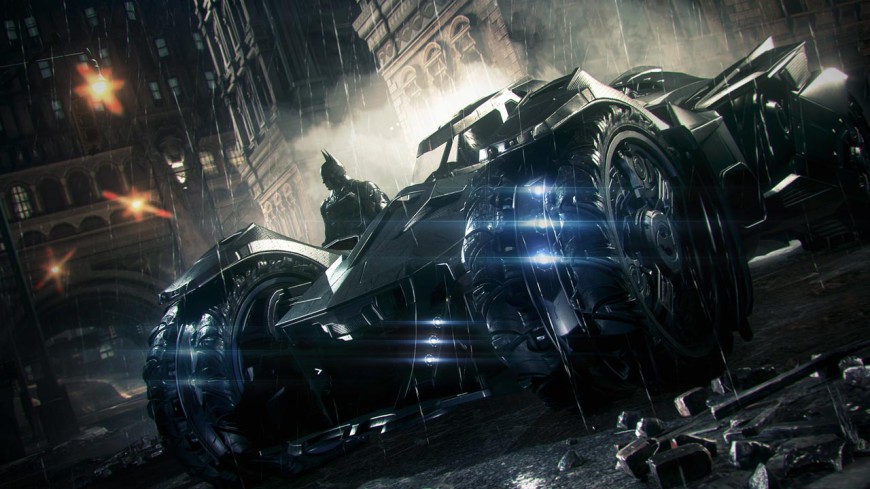 In some ways, this is a difficult review to write. After all, as paying customers, we simply cannot tolerate such a sloppy release. And it’s not just on PC either – I ran into issues with the bugged PS4 installer as well. The installer! That’s a new level of incompetence right there.

But once I actually got the game to run and started playing, I must admit I found it difficult to stay angry at it. You could say it put me in an odd position right off the bat [insert comedy drum roll]. Yes, it had and still has heinous issues, especially the PC version, and who knows who’s to blame for that; but the core team who designed and implemented the game and its systems – their hearts were in the right place. Arkham Knight is, for my money, the most in-depth, well-designed, seamless and just plain fun Batman game Rocksteady has made. 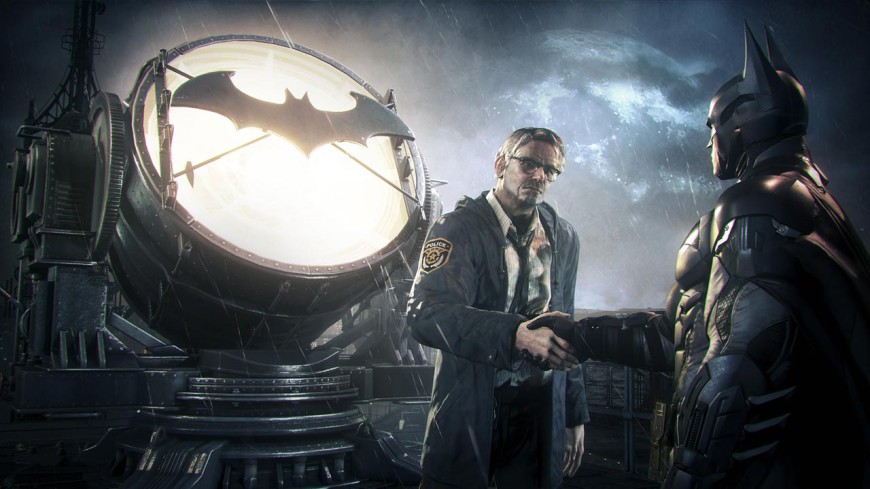 The premise for this one is that after the fall of the penal colony known as Arkham City, all of Gotham City’s criminals are back on the streets and vying to be the first to fill the power vacuum created after the events of the previous game. Apparently they’re all trying to do this on the exact same night, forcing Gotham into a state of martial law. So with the city in the deepest shit it’s ever been, Batman sure has his work cut out for him.

From the extremely clever intro, we learn that Scarecrow is angling to be the main villain in this entry, threatening to unleash a new type of fear toxin that can be absorbed through the skin – meaning gas masks won’t help. Naturally, Bats swoops in to stop him – but runs into Scarecrow’s new bodyguard, a criminal Batman-wannabe calling himself the Arkham Knight. Who is this guy and what’s his beef with old Bats? You’ll have to play to find out. And yes, the other super villains are in there, usually in the form of side-quests. The Riddler is presumably still crowd-funding the construction of elaborate, labyrinthian areas to test Batman’s puzzle solving and driving skills. Firefly is buzzing around setting stuff on fire. Two-Face is robbing places. It’s the usual Gotham City anarchy. 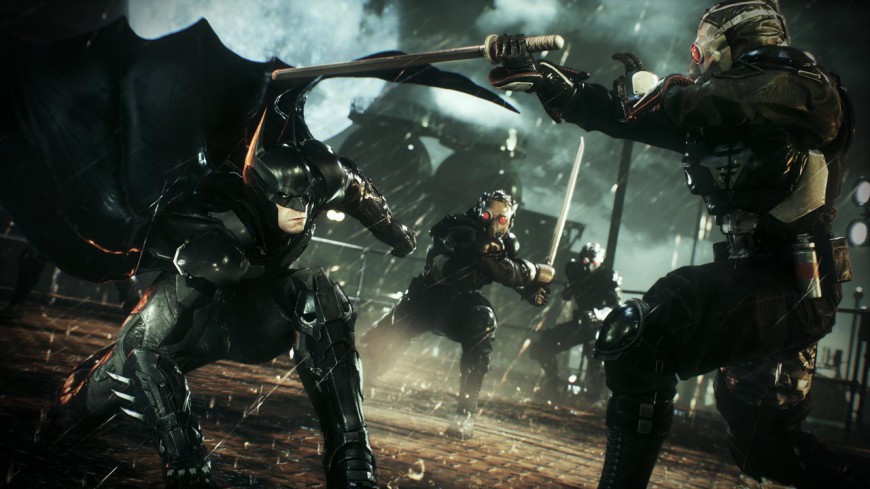 If you’ve ever played an Arkham game before, you’ll be right at home here. The free-flow combat system works exactly the same way. As Bats damages enemies without getting hit himself, he’ll be able to unleash special moves he can learn. There are also some environmental items he can use in combat now, like electrical boxes and light fixtures.

The stealth sections have seen quite a bit of work too. Perhaps the best is that, if you repeatedly use a particular tactic against a room full of armed enemies, the Arkham Knight will radio them and tell them what you’re doing: “he’s sneaking up behind you, buddy-up and watch all angles”, for instance, or “he’s in the vents, throw some explosives in there”. The Arkham Knight has also equipped some of his men with scanners that will find Bats if he uses his detective vision for too long. It’s actually quite challenging to clear an area without being seen now. 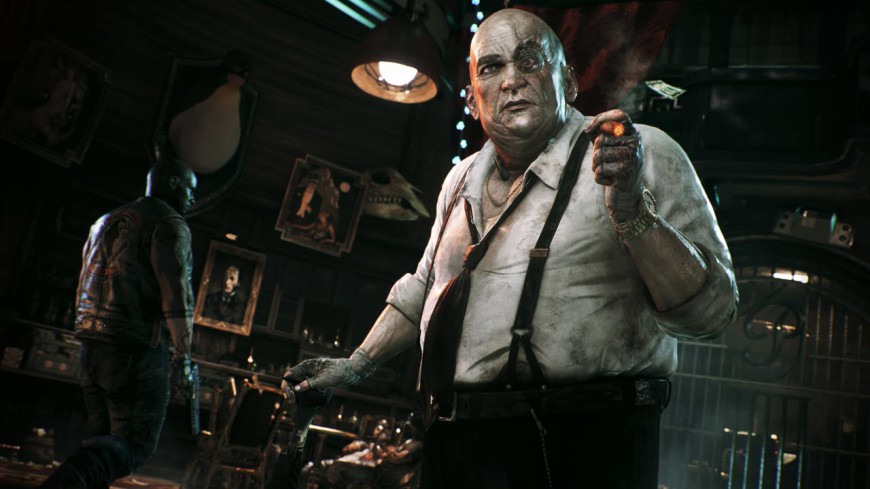 But I know what you all want to know about, the main new gameplay feature – the Batmobile. Is it fun? Hell yes, it’s fun. Whether you’re travelling from one mission to another or simply cruising Gotham looking for side-quests or random encounters, the Batmobile is tons of fun to drive. It has two modes: pursuit mode, which is your racing/driving mode, and battle mode, which is a tank mode with a third-person shooter control scheme. The battle mode combat is almost as intricate as the on-foot fisticuffs. Enemy drone tanks of various kinds show up, and the trajectories of their shots are indicated as red lines (if they’re going to hit you) or blue lines (if they’re going to miss you). As you destroy tanks without getting hit yourself, you’ll build up a combo – just like the free flow combat – which will enable you to unleash several different kinds of special weapon attacks you can earn for the Batmobile.

What’s really impressive here is how tightly they’ve integrated all of these different systems. You could be duking it out with a group of thugs in the street one second, then grapnel boost and soar to another building where you might stealthily take out more thugs, and then dive headlong off the building, straight into the Batmobile and transition into a high-speed car chase – all seamlessly and with very little transition between control schemes. Ten years ago, we only dreamed of games like this. 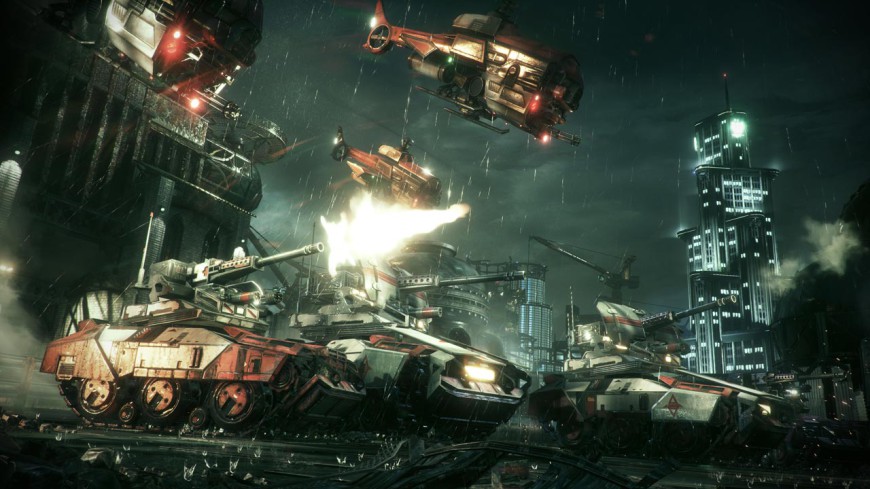 It was when I got to the Ace Chemicals section, the first major mission with a boss fight, that I realised how well thought out it all is. I had to get inside the building and control the Batmobile remotely to achieve related goals outside. From there, I was hooked; I simply had to keep going to see what kind of challenge – and dark narrative twist – the game was going to throw at me next.

It’s a pity there’s so much to talk about that I have to relegate mentions of the graphics and sound – which are awesome, by the way – to my closing comments. All in all, while Batman: Arkham Knight got off to a rocky start, it’s still a damn good game, says I.

80 Batman: Arkham Knight gets a few points deducted for its shoddy state at release, but is still well worth your time if you’re looking for an action game.