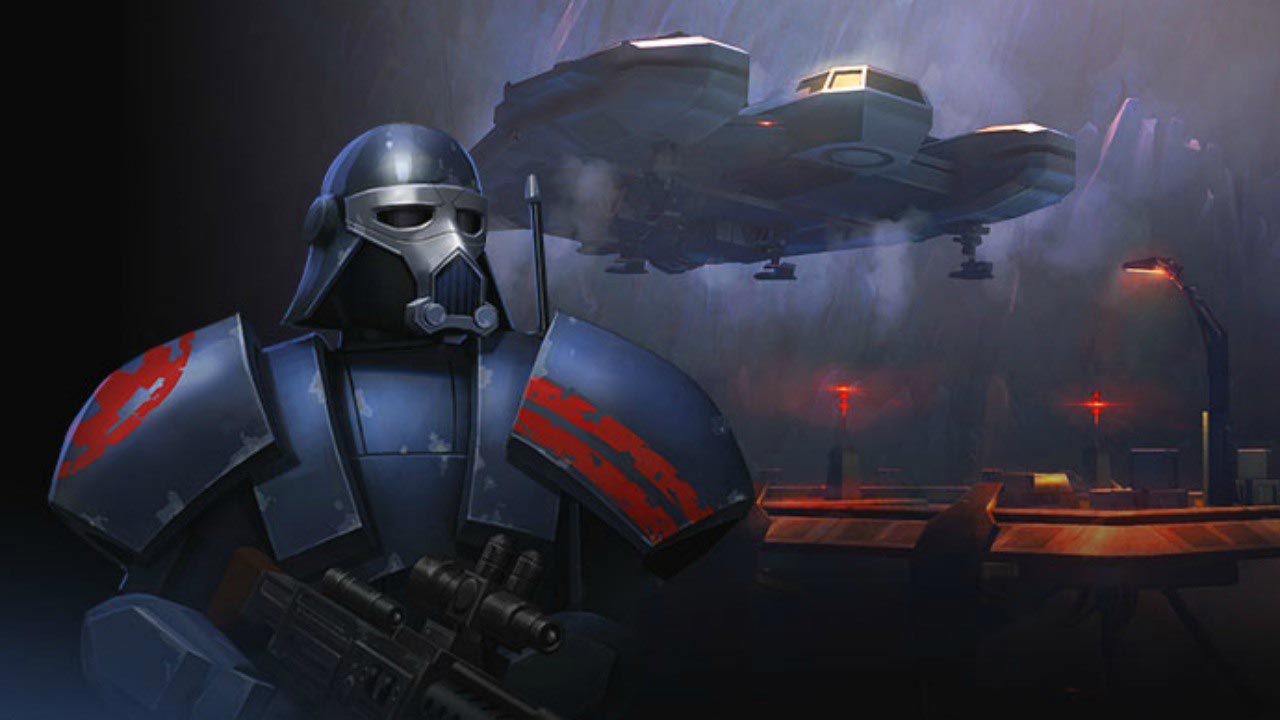 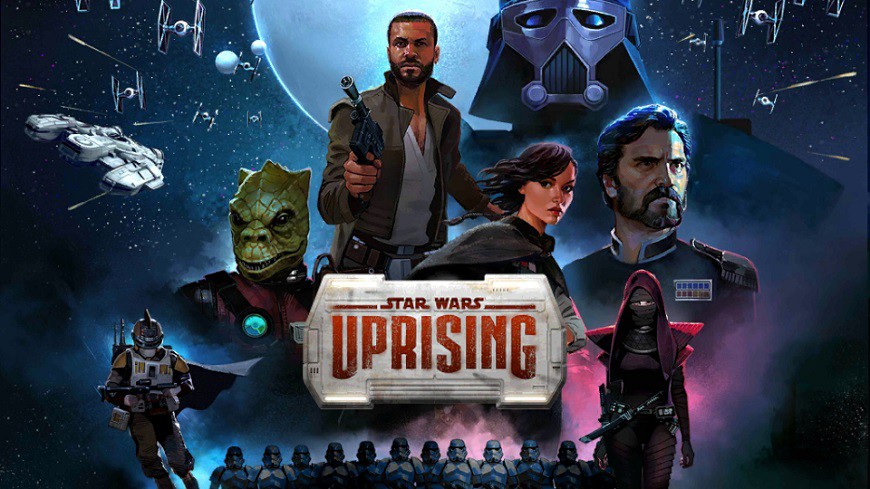 Show of hands, who’s a Star Wars fan? Put your hands down you silly clown, I can’t actually see you. Regardless, I’d bet my best Podracer that most of you raised a hand. Despite what an amazing franchise it is, Star Wars games have always been hit-and-miss, with some titles being incredible, others far less so. Read on to see into which of those camps Star Wars: Uprising falls.

Star Wars: Uprising takes place shortly after Return of the Jedi, making it the first video game set in the new canon. Following the destruction of the second Death Star (spoilers), the Imperial Army has ordered a blockade of a small system to prevent the bad news from spreading. Naturally this blockade has led to an increase in smuggling and criminal activities, and that’s where players come in. Your character will interact with various gangs and crime syndicates, running jobs, smuggling cargo and basically being a knock-off Han Solo. There’s potential here, but the story is poorly written and limited in scope.

Gameplay can be best described as formulaic and stale. There’s a growing number of isometric action role-playing games hitting mobile devices, like the Dungeon Hunter series, and Blood & Glory. This genre of mobile game has a particular formula that they all generally follow: bite-sized missions connected to a multiplayer social hub, with some kind of crafting and upgrade system governing loot. Uprising has all this, meaning that it’s nothing original. The puny missions are linear corridors that allow no exploration or tactical options, and their short length means you’ll be seeing loading screens far too often. 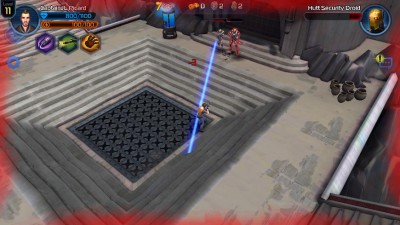 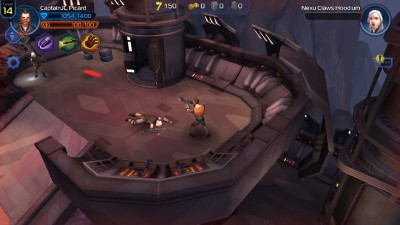 The mission variety is an illusion too. Often your objectives may sound interesting, but every single sortie involves running to the end of a corridor populated with enemies, pressing switches every now and then, and sometimes facing a boss. Missions end with either an elevator ride, or a dull conversation that tries (and fails) to be witty.

There’s some good here though. The game handles well, and makes good use of various touch inputs. The gear upgrading system is intuitive and rewarding too. All gear can be leveled up using common components, and eventually can be permanently upgraded into better gear using rarer items. If this sounds like a freemium-trap, don’t worry. Regular missions award a lot of loot and gear that can be broken down into these components. Player skill isn’t a reason to swipe the credit card either, because each mission has various difficulty levels that ensure a very gentle difficulty curve. The game pushes social elements and multiplayer strongly, encouraging players to team up or form cartels, and timed events encourage players to complete them for global rewards. This works well to make you feel like you’re all part of something bigger and creating your own Rebel Alliance.

53Star Wars: Uprising functions and handles very well. It plays smoothly, looks decent and has all the recognisable Star Wars sound effects and music. Unfortunately, it’s incredibly dull and boring. The characters are unlikable, the dialogue is terribly written and the missions are weak. The game squanders its potential and license, becoming bland and forgettable. 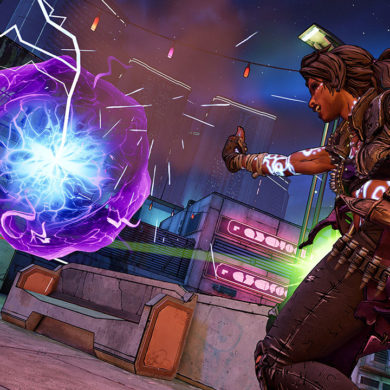