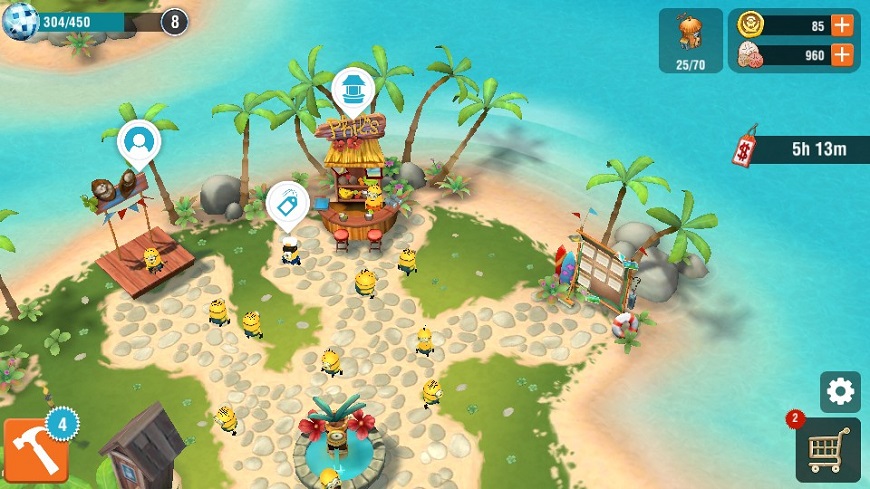 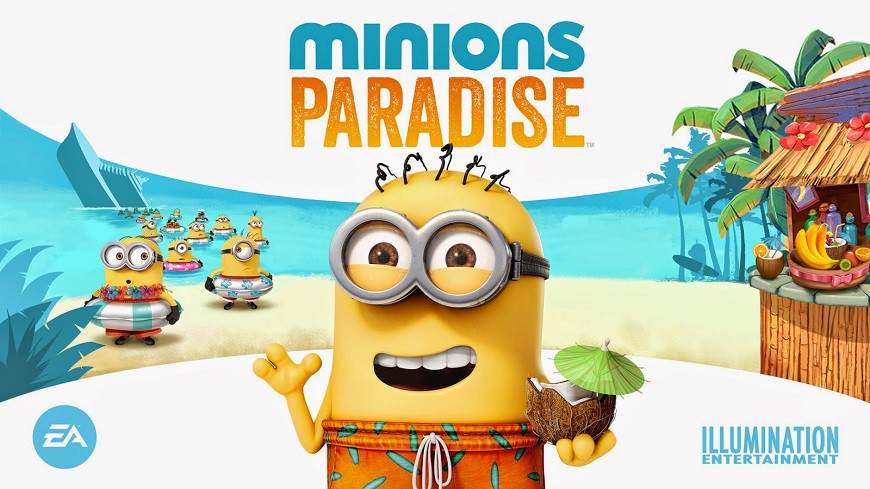 Well, would you look at that: three Mobile Mondays featuring three EA Mobile titles in a row. If I keep this up, I’ll be accused of selling out and/or earn the eternal scorn of Chris Kemp. Anyway, after a soft launch all the way back in April, Minions Paradise is now out in the digital wilds, infecting countless phones with adorable yellow characters and their gibberish.

Confession time: besides seeing them in trailers, I’ve never watched any film that stars Minions. Not Despicable Me, and not the Minions movie. I don’t know if this makes me better able to review Minions Paradise, but at least you know I’m neither a rabid fan nor a hater. Do with that as you will.

Minions Paradise is a quirky management game. After our protagonist Phil (the yellow one wearing goggles [I see what you did there. – Ed.]) accidentally sinks the Minion’s cruise liner, he takes it upon himself to build them a new vacation destination on a nearby island. To do this, the player must construct resource buildings and recreation buildings to keep the shipwrecked Minions occupied. The game instantly strikes a similar chord to The Simpsons: Tapped Out, another game wherein a yellow protagonist must build a settlement for their fellow yellows, after accidentally getting them into a bad situation. 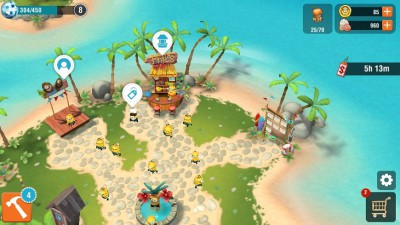 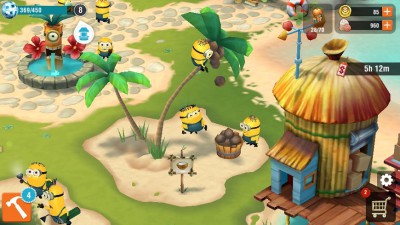 There’s a good variety of construction options available in Paradise, and each tangibly contributes to gameplay. The resource buildings provide the player with items like coconuts, swamp gas and razor clams. These are in turn used to make weapons and toys, which are often turned in as quest items for rewards. Many similar games would have you growing and building just for the sake of expansion, but Paradise’s quest system gives a good feel of progression and importance. Assigning your Minions to do manual labour actually has an extremely evil feel to it, because you’re essentially ordering shipwreck survivors into forced labour. I’m not overthinking this, am I?

Unlike Tapped Out and similar titles, Minions Paradise doesn’t waste as much of the player’s time. Tasks are completed quickly and resources pour in faster than expected. Players also quickly unlock their first mini-game, a fun distraction that takes the sting off waiting. Still, Minions Paradise takes the usual free-to-play route of expecting you to either spend money, or spend time. Thankfully, this game presents it a little better than others. For example, certain tools are required to clear sections of island for building, and these tools are either bought or found in random drops, which occur in resource buildings. This means that while waiting to do something for free, you’re also stockpiling on useful items. 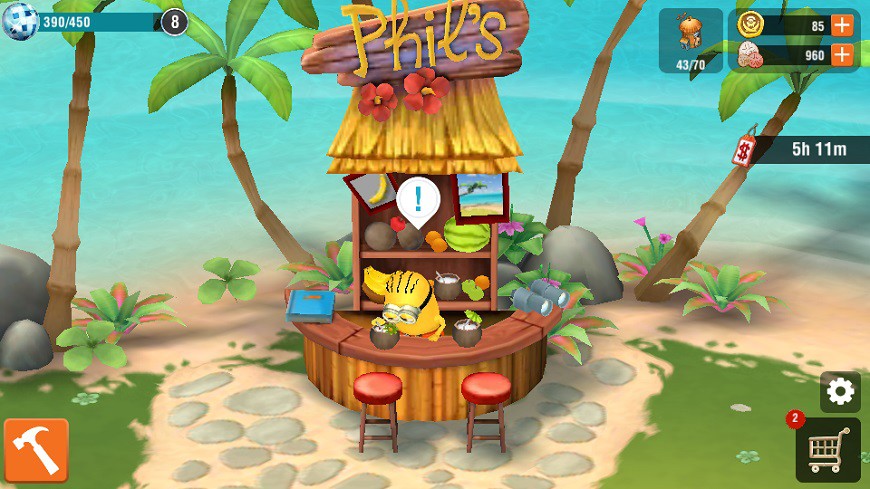 There isn’t much negative to say about Minions Paradise. It’s familiar and its construction mechanisms are reminiscent of other titles. The building process is fairly shallow and there’s no long-term thinking required in settlement planning. Also, if you’re not a card-carrying member of the Cult of Minion, then the gibberish-spouting antics of the little yellow blobs might get on your nerves.

76Minions Paradise does a lot of things similarly to other games. It has a few welcome refinements that make it less painful and more fun to play. It can get repetitive, so it’s best enjoyed in short bursts.  Unless you hate yellow, it’s worth a look. 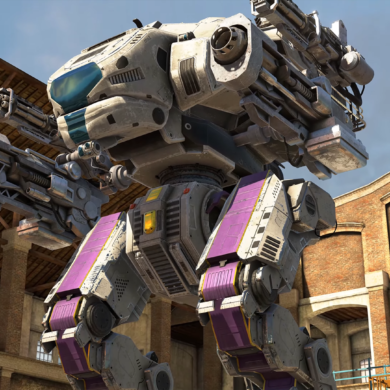