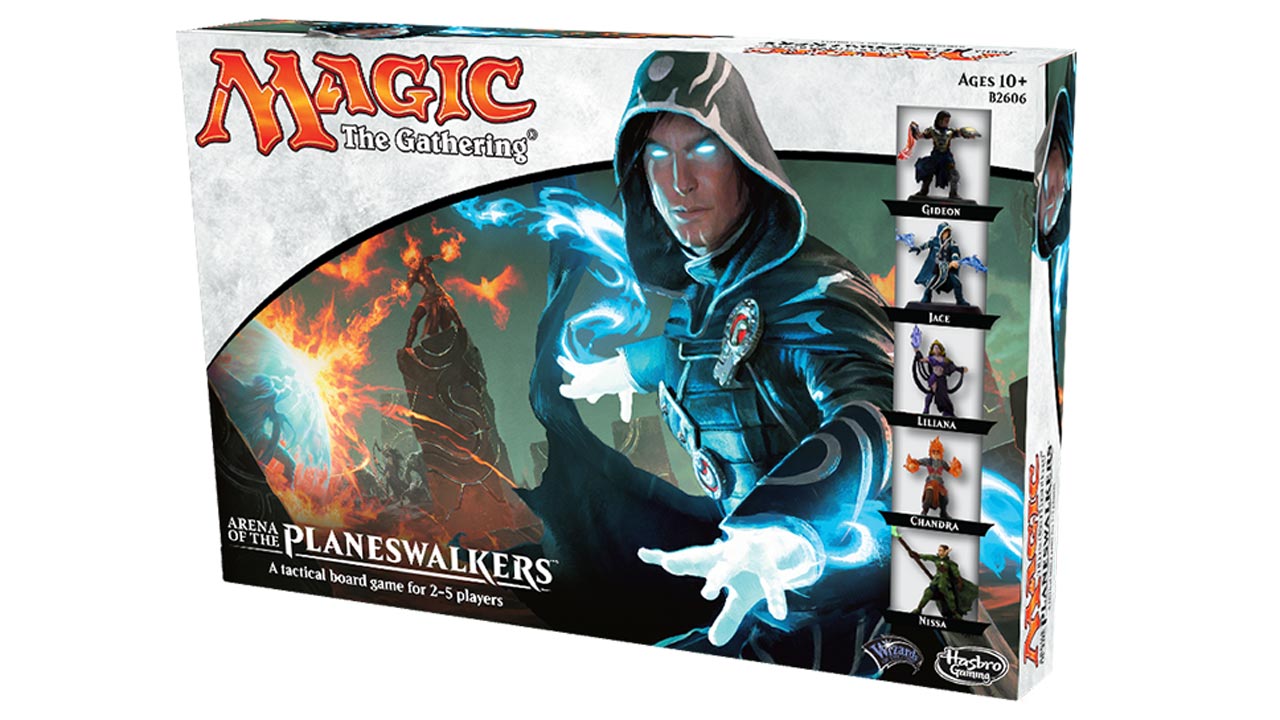 Board game review: Magic: The Gathering – Arena of the Planeswalkers 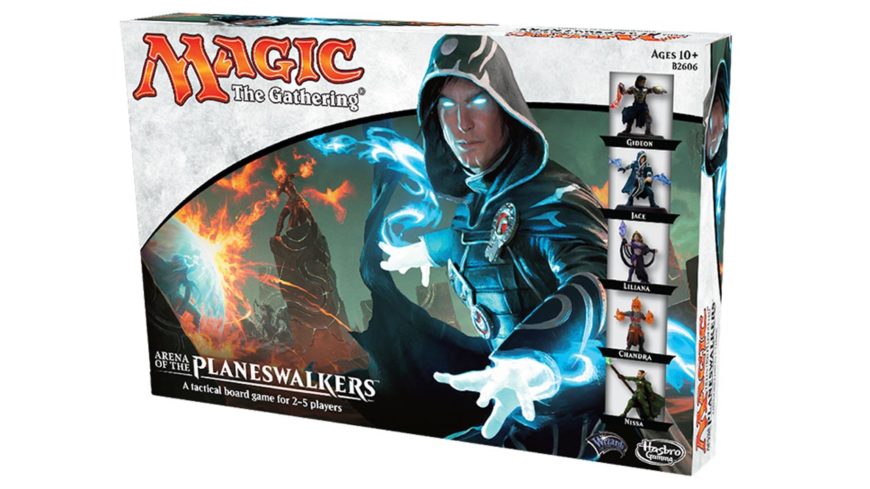 Arena of the Planeswalkers is a miniatures-based board game adaptation of the Magic: The Gathering collectable card game – the biggest franchise in tabletop gaming. I’ve never been a regular MTG player but many of my friends are, so I’ve got a bit of experience in playing the card game. A friend of mine (who is a dedicated MTG player) and I recently got together to give Arena of the Planeswalkers a go.

[Editor’s note: Sameer has very kindly supplied an audio review of Arena of the Planeswalkers, which should tickle you in all the right places if you hate words, and especially the reading of them. Have a listen using the audio player link below.]

Without going into a full explanation of the rules, here’s a basic rundown of how the game works. In the world of “Magic” there are five factions, each represented by a colour: red, blue, green, black and white. Each of these factions has different abilities, strengths and weaknesses. In this iteration of the game, each faction also comes with a Planeswalker (your main character) and two squads of three characters each for a total of three different types of units. 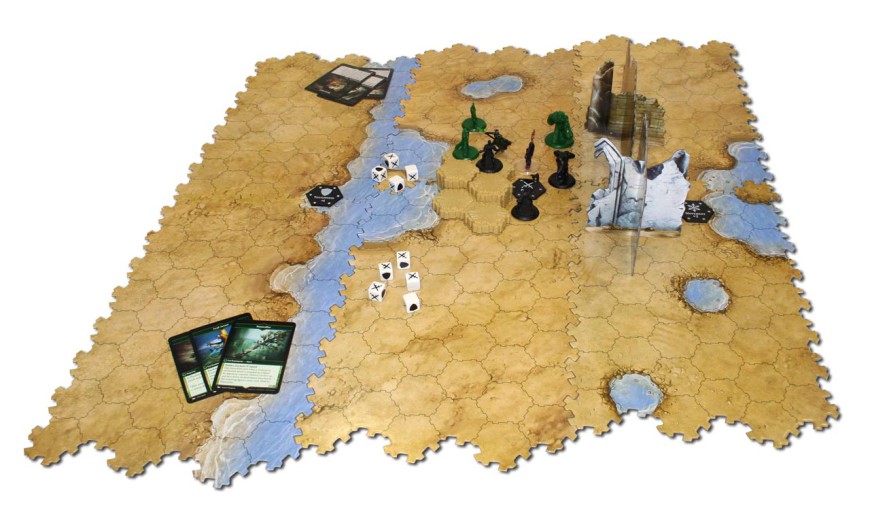 The board is made up of modular cardboard pieces that fit together like a jigsaw and some plastic pieces representing terrain. There aren’t many terrain components and they aren’t the best quality – having more terrain options in the box would actually allow for more creative customization of the environments.

Players start the game by choosing factions and placing their Planeswalkers on the board. On your turn, you “activate” one of your units (on your first turn this will be your Planeswalker by default), and can then choose to summon a squad (if you’re the Planeswalker), move, attack (if you’re in range) or cast spells. These spells mimic various spells from MTG and seasoned players will recognize some old favourites. 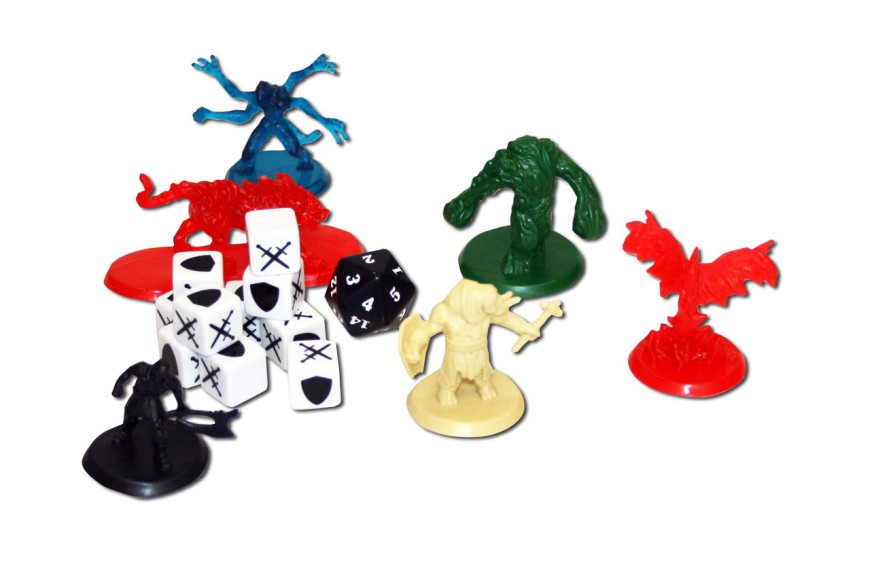 Depending on their faction, each Planeswalker has different magic abilities, each thematically tied to their MTG colour. The white faction, for example, focuses more on healing, and the black faction more on resurrection of fallen units.

Attacking is determined by dice rolls – each 6-sided die has shields, swords and blanks. The number of swords rolled by the attacker represents the hits, while shields rolled by the defender block those hits. The difference between the two is subtracted from the defender’s health.

The mechanics of the game are relatively simple: activate a unit, move, cast spells, attack. The complexity in the game really comes into how you use the various faction abilities in tandem. For example, in one game I was able to aggressively attack knowing that I had a magic card that healed and resurrected units from my graveyard.

The lack of variation in both the terrain and the abilities of each faction is one of the big negatives of the game. In the card game, one of the most fun aspects is building your deck – choosing which cards/abilities are used in game from literally thousands of options. Currently in AotP there are only 12 cards per faction and no ability to customize the cards you use. Thankfully, Wizards of the Coast have announced an expansion coming in early 2016 that will hopefully address both these issues. 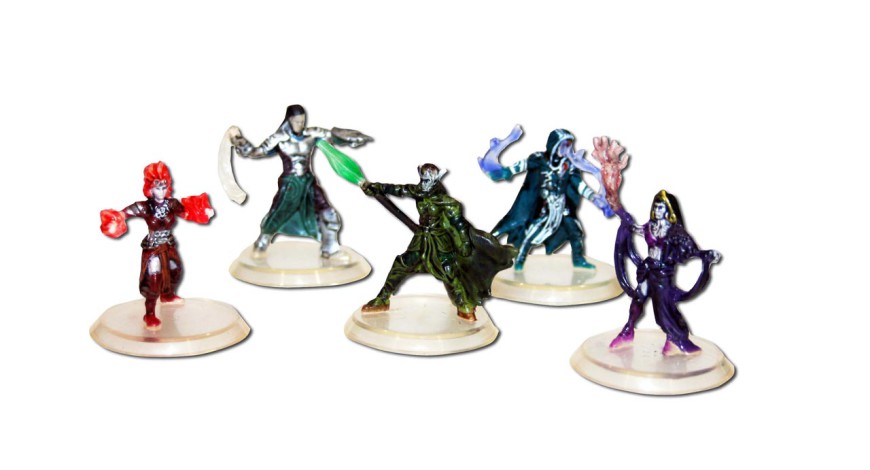 Playing this game was a really fun experience for my friend and I. The game has a great balance between strategy, luck and just beating the crap out of each other. In one of our games, for example, the game swung quite wildly. My friend had me on the edge – he was literally one health point away from winning – but I somehow made a dramatic comeback and managed to beat him.

The mechanics of the game are simple but there’s a good amount of complexity and variation in the play. The combat is tense and best of all the games are just short enough to keep you at the edge of your seats the entire time. There is more than enough in this box to keep you busy while you wait for the expansion to come out.

You should buy this if: 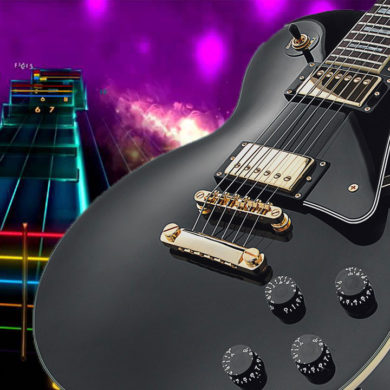 Ubisoft ends Rocksmith DLC, but, don’t look back in anger, you can still rock and roll all night