History nugget: read this fascinating piece on the birth of DRM 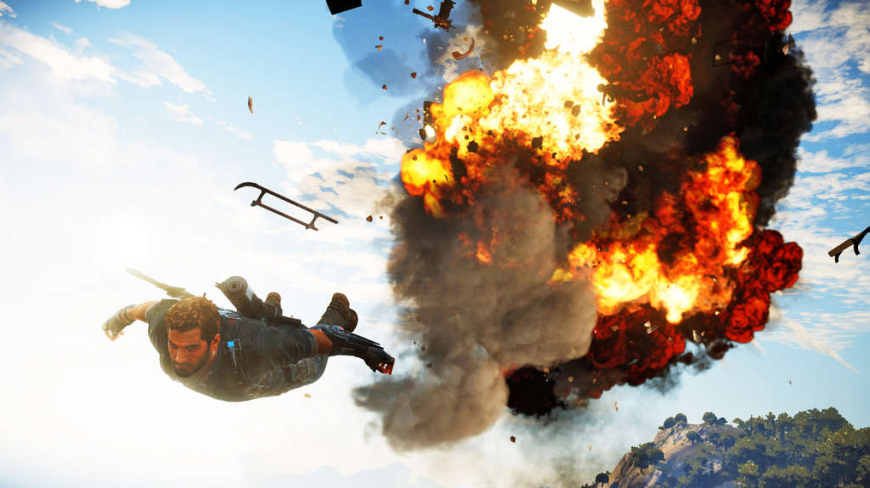 I have mixed feelings when a group claims that a particular DRM scheme is impossible to crack, such as the recent announcement by 3DM that Denuvo’s software being used on Just Cause 3 is causing no end of hassles. DRM that’s impossible to crack could be a real setback, because there’s a host of legitimate reasons why you would want to circumvent it.

Let me clarify: I loathe DRM but have little time for 99% of pirates, so I’m left in the position where I feel the work of these hacking groups is vital for the purposes of historic review and archival, backup and future access, but I also hate that in the short-term it mostly benefits entitled gits to free games.

So I found it interesting to read Jimmy Maher’s recent post on the advent of DRM way back in the 1980s, and in particular the ingenious copy-protection employed by Dungeon Master for the Atari ST. In many ways, the tale feels analogous to what’s being experienced by 3DM. While Microsoft Adventure holds the dubious honour of being one the earliest instances of copy protection in the US, Dungeon Master remains infamous in the annuls of DRM and piracy circles as one of the few success stories in the war, only having been cracked a year after its release in 1987.

You should read the whole thing simply because it’s an approachable, not-too-technical review of the warez scene of the day, but I found this particular argument by developer Doug Bell on the scheme, some twenty years on, compelling:

Dungeon Master exposed the fallacy in the claims of both the pirates and the crackers. The pirates who would never have paid for the game if they could steal it did pay for it. Despite a steadily growing bounty of fame and notoriety for cracking the game, the protection lasted more than a year. And the paying customer was rewarded with not just a minimally invasive copy-protection scheme, but, just as importantly, with the satisfaction of not feeling like a schmuck for paying for something that most people were stealing.

As the developer of both Dungeon Master and the software portion of its copy protection, I knew that eventually the copy protection would be broken, but that the longer it held out the less damage we would suffer when it was broken.

So what’s the lesson? That piracy does take significant money out of the pocket of the developer and that secure anti-piracy schemes are viable.

The idea of viability and non-intrusiveness are the real crux of his argument. Most pirates would argue that DRM is futile since the delay between release and it being cracked is usually so small that it renders the cost-to-benefit ratio worthless. Secondly, DRM can sometimes have a detrimental effect on paying customers that pirates don’t have to suffer through – for example, a limited activation scheme that requires reactivation if you change your graphics card. I’m narrowing my eyes at you, Anno 2070. Narrowing them in the Squint of Scorn.

Indeed, Maher’s post discusses a number of misguided DRM schemes. For example, RapidLok – a DRM system that offered paying customers a real benefit by dramatically decreasing the load times by manipulating how the Commodore 64’s disk drive was accessed – was notorious for failing on legitimate hardware, presenting very minor defects that would normally not have impacted regular use and resulting in the game failing to load or crashing mid-session. MicroProse, a staunch user of the system at the time, took a fair amount of flack from their customers, who became convinced the DRM scheme was damaging disk drives (it wasn’t, but such is the nature of finicky DRM).

In the case of Dungeon Master, Doug argues that their scheme helped improve the sales rate on the platform, delaying pirates during the crucial early days of the title on a platform on which it was notoriously easy to create copies. I also think the “schmuck” comment is valid; there’s a fair number of people who’ll crow about how people who pay money for games are chumps. Regardless, it’s a fascinating read and well worth a look, and will no doubt give legitimate customers and pirates further ammunition to fire out of whatever ideological box they’re proselytising from.

Source: The Digital Antiquarian via Gamasutra