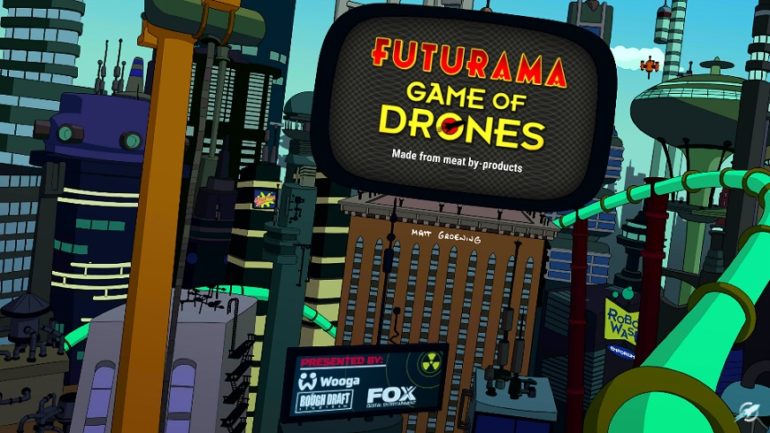 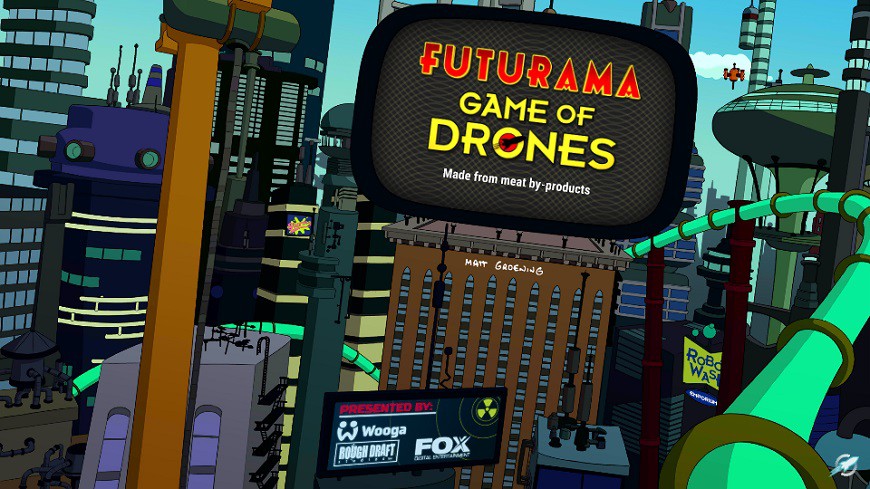 Welcome back to Mobile Monday. It’s been a while since our last journey together. There are good reasons for this: one being rAge Cape Town, the other being the chocolate-bender I went on over Easter.

Speaking of Bender, one of my favourite TV series is Futurama, the animated comedy by Matt Groening. Unfortunately, this series has been plagued by two issues: multiple cancellations, and the lack of a good tie-in game. Does Futurama: Game of Drones solve one of those? Hit the jump to find out.

Futurama: Game of Drones follows the familiar Planet Express delivery crew as they go about their exploits. The story deals with new delivery drones, that must be… matched… to make deliveries? It’s a strange justification for the puzzle gameplay, but Futurama is a strange show, so I’ll let it slide.

Aside from that, the story as a whole is fairly entertaining and certainly more compelling than most mobile puzzle games. It genuinely feels like an arc from the show, featuring nearly every character and quickly hopping through many iconic locations. Chapters are introduced with well-drawn cut-scenes, and the level map is reminiscent of the show’s intro. If the story has any issues, it’s that it just isn’t very funny and the dialogue never feels like it would belong in the show. 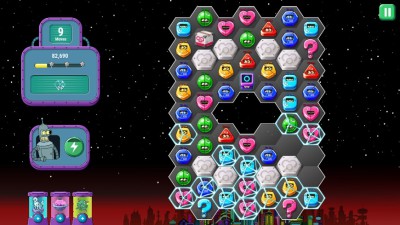 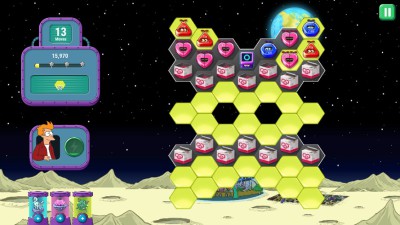 The gameplay is what I consider “playing it safe”. You must swap drones to make matches of four or more, thereby satisfying various objectives. Unlike contemporaries like Candy Crush or Marvel Puzzle Quest, Game of Drones plays out on a hexagonal grid instead of a square one. This, coupled with the match-four system, leads to puzzle-solving that is different enough to set it apart from its competitors. The objectives and board layouts keep things fresh too, and most levels offer a genuine challenge.

I say most levels, because like many free-to-play titles, Game of Drones has very noticeable spikes in difficulty. Instead of gradually upping the challenge or escalating the difficulty relative to your skill, it instead places roadblocks where it feels like you need to make one or two purchases to continue. 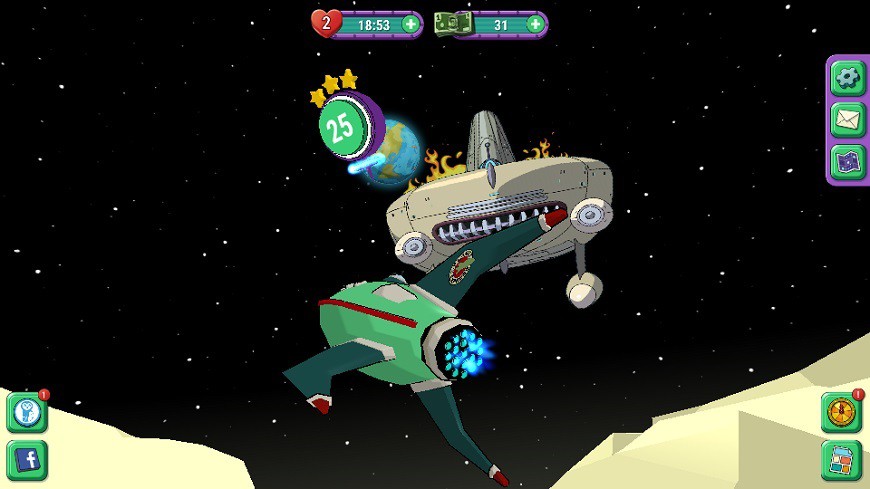 Besides that, Futurama: Game of Drones does very little wrong. The visuals are decent, the music is very catchy and the gameplay has more depth than similar titles. Aside from the artificial difficulty spikes and the bland writing, this is a highly enjoyable and satisfying game. It does make me wish there was a better Futurama game though, something like what South Park got with Stick of Truth. Something that truly encapsulates the funny, intelligent, vast, tragic and sometimes beautiful world of Futurama. 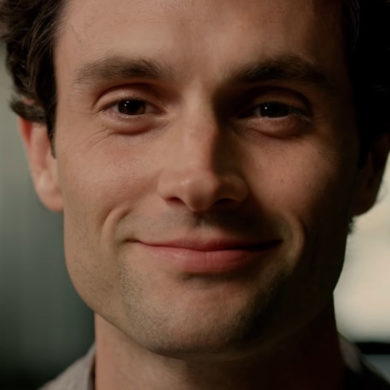