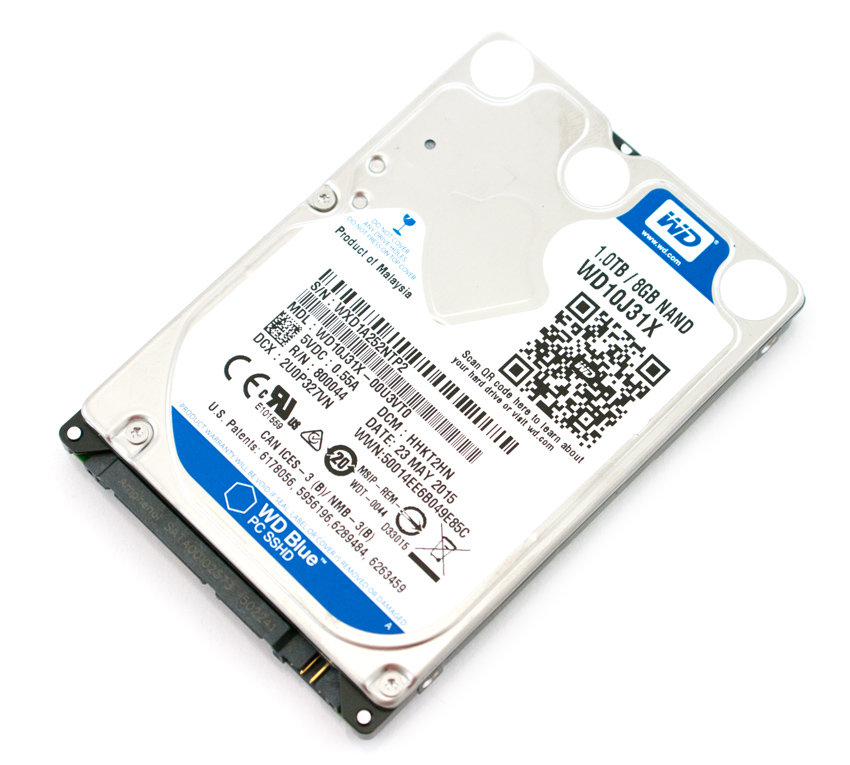 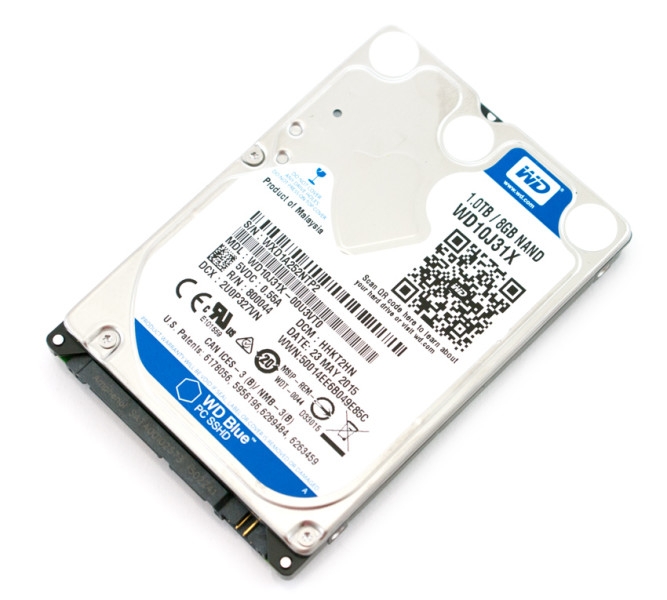 When I reviewed the WD Blue 4TB SSHD, I was impressed by its speed and strong sequential performance, but I felt that its 8GB of NAND cache wasn’t large enough for the kind of loads it’d have to deal with and I wondered if it even provided any real benefits to the drive. When I was handed the much smaller 2.5-inch 1TB Blue SSHD, I hoped that I’d see the opposite and find an SSHD that was finally served well by the added cache. Did that happen? Well, yes and no.

Like its 4TB sibling, the 1TB SSHD features 8GB of NAND cache, which it uses to temporarily store files that you use or that the OS accesses often. The cache is there to bridge the price/performance gap compared to a regular SSD and to an extent it does work. It should give you the same snappiness as an SSD for the applications that you load most frequently. And it’d do just that, if the drive was able to fit into most systems.

The problem with this particular drive is that while it’s a 2.5-inch form factor, it’s the older one with a height of 9.5mm. It’s not slim enough to fit into most newer laptops and netbooks, and it barely fits in the drive cage for my PS4. If this drive was 7mm high instead, that would put it on the same footing as many of its cheaper, slimmer cousins. With a price of R1,459, it’s also in danger of being given the cold shoulder as 500GB SSD drives start to hit that price point.

For short periods of sustained writes to the drive, average write speeds ramp up to about 110MB/s, and occasionally the drive can burst as high as 140MB/s. After that, speeds quickly drop back to the average, and only synthetic benchmarks seem to be able to creep over 115MB/s in write speed, while read speeds are generally over 120MB/s. These are decent speeds for the 2.5-inch form factor and fairly close to some of the speeds WD were recording with their 2TB Black drive a few years ago.

Where the cracks start to show is in the HD Tune results, which chart a steady drop in performance as you start to read data from the outer sections of the single 1TB platter. Speeds drop from a high of 118MB/s down to just over 50MB/s, and access times go as high as 30ms. Even the cheapest 128GB SSDs are noticeably faster than this drive and that makes it difficult to recommend as a result.

Spinning platter technology has been out of the limelight for some time now, and that gives companies like WD the opportunity to stop chasing performance targets in their consumer drives, and instead offer more value for money at a lower cost per gigabyte. There are certainly much cheaper 2.5-inch 1TB drives available in WD’s stable, and future products that are born out of the recent SanDisk acquisition will make drives like these obsolete. For now, there’s decent performance on offer from the WD 1TB SSHD if you’re installing a drive like this in a PlayStation 4 or an older machine that doesn’t support TRIM functions.

7If it was slimmer, the WD Blue 1TB SSHD might’ve made it into more systems and external drive enclosures, increasing its usefulness. Despite the decent performance on tap, it seems to be a solution to a problem that doesn’t exist anymore, as SSD prices continue to drop in markets across the world. 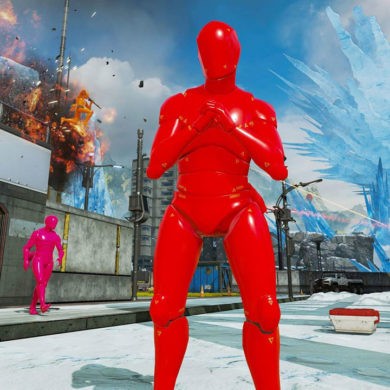