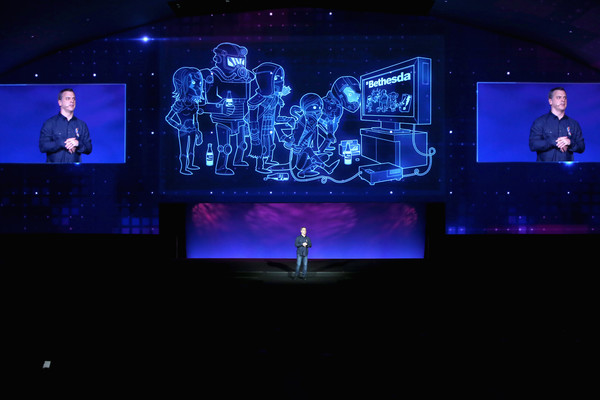 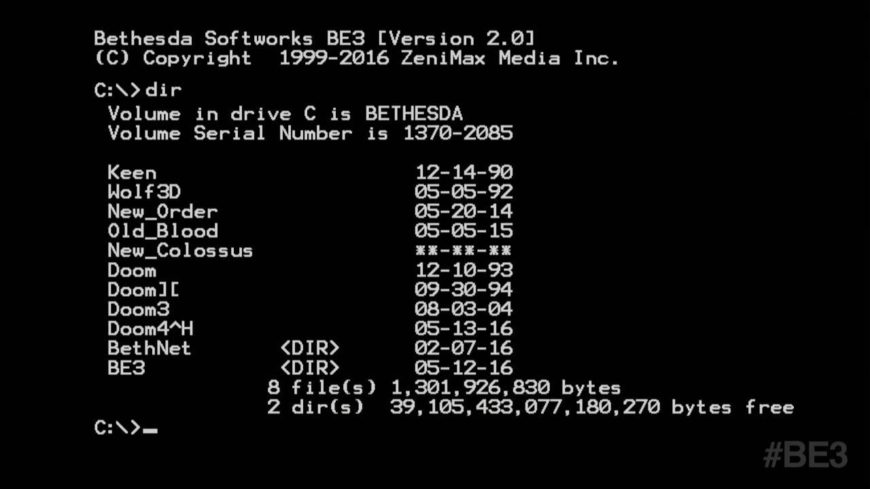 Unless you find yourself without “real” jobs like us, chances are you missed Bethesda’s 4am (local time) showing at E3 2016. Well, don’t be too hard on yourself, because we’ve got you covered. We’ve condensed all the highlights from the showcase and put them all here in one place. And damn were there some highlights.

You can check out the entire showcase, complete with an annoyingly shouty person right here. But first, Quake!

That’s right fraggers, “Quake. Is. Back.”

We’ll admit, we did not see this one coming. Bethesda chose to start off their E3 Showcase (BE3) with the announcement that Quake Champions is a thing, and while they didn’t spend a whole lot of time detailing the new game, they did give viewers a general idea of what to expect.

The fast, skill-based arena-style competition that turned the original Quake games into multiplayer legends is making a triumphant return with Quake Champions. Running at an impressive 120hz with unlocked framerates, id Software’s new multiplayer shooter is getting ready to take PC gaming by storm once more. Quake Champions features a roster of unique characters, each with their own distinctive abilities, allowing you to fight the way you want.

Obviously no release date has been confirmed yet, but we’ll keep you posted.

The Elder Scrolls: Legends is Bethesda’s first foray into the world of collectible card games, and was given a quick once-over on stage, along with the game’s cinematic campaign intro.

The game looks set to rival even Blizzard’s hugely popular Hearthstone: Heroes of Warcraft, and that’s no small feat. Here’s some more info gleaned from the video’s description:

The Elder Scrolls reveal the past, present and future of Tamriel. Told through the eyes of a moth priest named Kellen, The Elder Scrolls: Legends will allow you to change the course of Elder Scrolls history through its rich story-driven campaign and strategic card-based gameplay.

The game is expected to release on iPad, PC, iPhone, MAC, and android enabled phones and tablets later this year.

Next round of Fallout 4 DLC revealed

Most of us are still getting over the last three shots of DLC released for Fallout 4, and now it looks like we’re in for another three.

The first bit of DLC is called Contraptions Workshop which will be released next week, and its accompanying tagline tells you about all you need to know: “Build incredible machines that do things!” The next dose of DLC comes in the form of the Vault-Tec Workshop, which is essentially a build your own vault kit. Lastly, and most excitingly, rumours can officially be laid to rest as we can now confirm that Nuka-World is the name of the final piece of DLC in this run of content. This particular DLC doesn’t come bundled with a whole lot of information, but we are given a look at the entrance to what we can only assume is a theme park of sorts, with a Nuka-Cola mascot standing in front of it… interesting. Check out the video below if you want a more detailed look.

Quick honourable mention: Fallout Shelter will be receiving a major update soon allowing for all kinds of neat new things, and will be coming to PC, all in July.

Shocking absolutely no one at this point, it was revealed that Skyrim will receive a remastered version on Xbox One and PS4, and will be called The Elder Scrolls V: Skyrim Special Edition. Check out the trailer below (hint, skip to about 3:07).

It looks seriously gorgeous doesn’t it? It does.

The original Prey came out in 2006, and now, almost ten years later, we’re treated to a new trailer and some new info for the reboot with a twist. According to Raphael Colantonio, CEO and creative director of Arkane Studios (the game’s developer), we’re in for a futuristic FPS with an added “psychological twist.”

You are Morgan Yu, the subject of morally dubious experiments designed to improve the human race. You awaken aboard the Talos 1 in the year 2032 and must uncover the secrets hiding in the depths of the space station while being hunted by the mysterious alien force that has taken over. You’ll have to rely on the tools you find on the station – along with your wits, weapons and mind-bending abilities – to combat the growing threat and, hopefully, survive.

According to a new trailer, the massively successful Doom reboot will soon receive a crapload of new content, and everything presumably aside from the premium DLC will be free for all players. New “construction modules” and a bunch of other cool bits of additional content for the Snapmap feature, five new multiplayer modes, and the game’s first premium DLC pack titled Unto the Evil which will launch next month, hell has never looked so good.

Oh, and for this week only, players can try out the first level of Doom for free on PS4, Xbox One and Steam.

The Elder Scrolls Online: DLC, and a major tweak

During the presentation, fans of ESO were given a look at a new bit of DLC for the game that will revolve around The Dark Brotherhood. Another thing that should make fans very, very excited is something called One Tamriel, an update that basically removes level restrictions for all players. Soon after the keynote, a blog post appeared on the game’s official website going into more detail about the update which you can check out here. Below is the launch trailer for The Dark Brotherhood DLC, and it’s kind of… dark.

“Ooh, weren’t expecting that, were you?” Bethesda’s global vice president of PR and marketing, Pete Hines quipped when the words Bethesda VR was displayed on screen. No, no we were not. But what exactly is Bethesda VR, you ask? Well, as far as we can tell from the announcement, it’s essentially Bethesda dipping their toes into the VR market by releasing certain games like Doom and Fallout 4 onto the HTC Vive in 2017. No video preview here, unfortunately.

Dishonored 2 gets heavily detailed, and a couple of videos

Arguably one of the most anticipated games of E3 2016, Bethesda did not disappoint even a little with their showing of Dishonored 2. I’d advise any fans of the first game to check out the full Dishonored 2 showcase here and skip to 1:48. Just listing all the info for the game here doesn’t do it justice.

But before you go, check out the game’s official gameplay trailer.

Bonus round: has Bethesda teased a new Wolfenstein game or DLC? 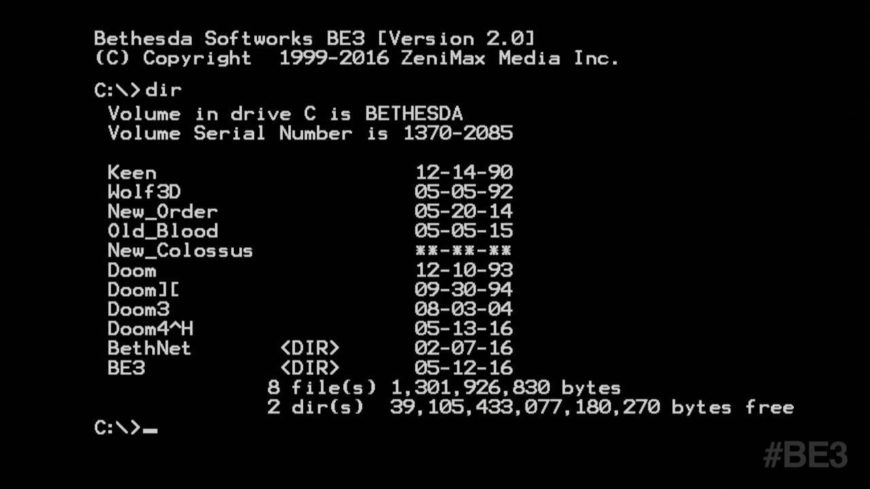 See that thing about ‘New Colossus’? We’re betting that’s either a teaser for an upcoming DLC, or perhaps even an entirely new game. Or who knows, it could just be there to make us think something’s coming when there actually isn’t… But probably not. 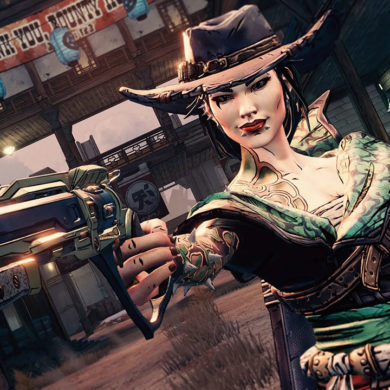