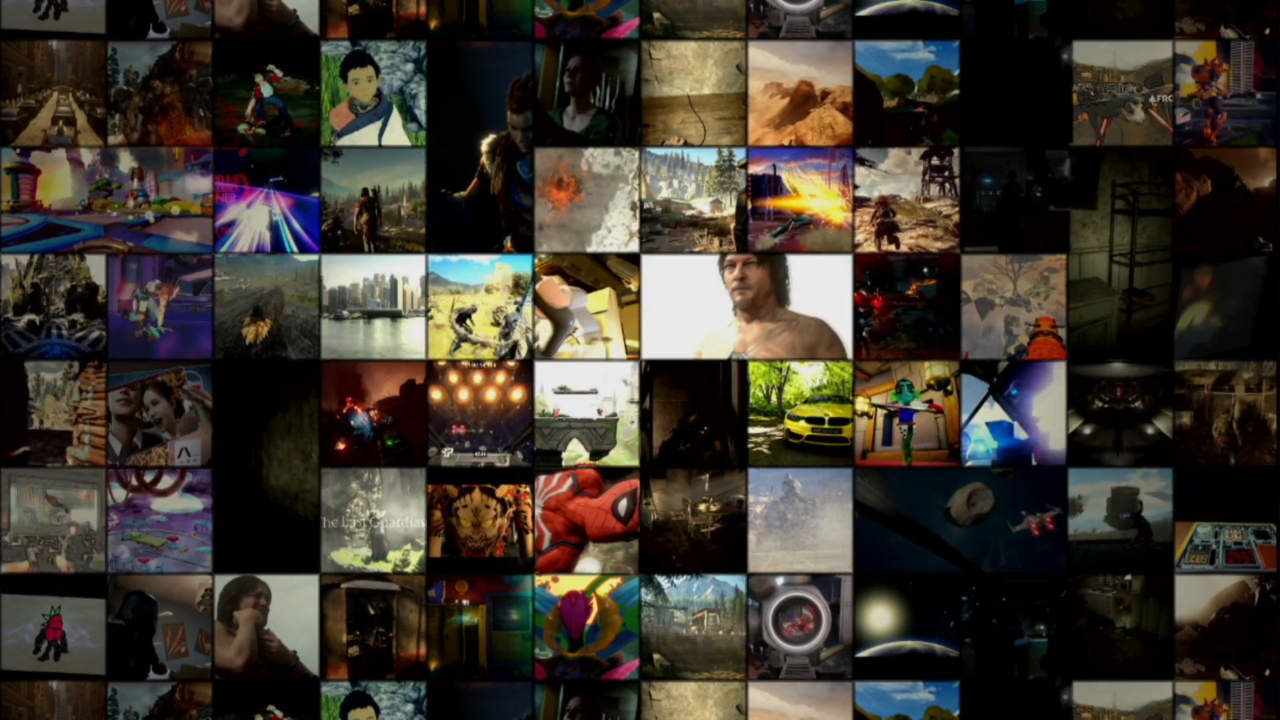 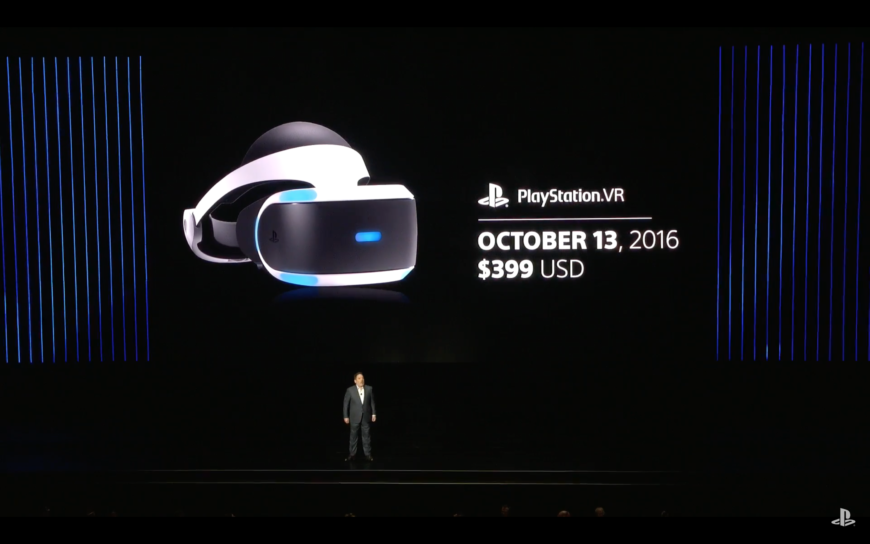 The conference started with a full orchestra led by Bear McCreary, which was weird at first, but is the only way I want my conferences to start from now on. It all built up to a gameplay preview of God of War, starring Viking Kratos. The new God of War stars an aged hero, no longer quite as agile or muscular as he used to be, guiding his son through a forest for a hunting lesson. The game has a new free-floating camera perspective, and combat is based around axe-fighting. Oddly, it reminded me of The Last of Us. No release date, but I’m guessing 2018.

PlayStation kept the hits coming with another trailer for The Last Guardian. It shows off some new gameplay, including enemy encounters and more heartrending footage of Trico (that weird dog-eagle thing). Fair warning: Trico will most likely die, and that’s going to be sad. Anyway, after being announced in 2009, The Last Guardian finally has a release date: 25 October 2016.

Keeping with PlayStation 4 exclusives, Guerilla Games showed off some more of Horizon: Zero Dawn. This open-world action adventure takes place far into the post-apocalyptic future, where humans live in tribes, hunting robot dinosaurs and animals. Players guide Aloy, who is now my favourite female gaming protagonist, on a quest of discovery. This game looks great, but I was sold at “robot dinosaurs”. The game is launching in March, 2017.

Next up was Quantic Dream showing off some gameplay of Detroit: Become Human. There weren’t any more details about the storyline, instead the trailer went into detail about branching narrative and multiple endings. I’ll be giving this one a miss, Quantic have burned me in the past.

Next began a segment dedicated to PlayStation.VR, and it started with the price. Launching October 13th at $399, PlayStation.VR looks to be the cheapest gaming VR headset. PlayStation also announced a 50 game launch line-up, including titles like Farpoint, Batman Arkham VR, and a VR experience for Final Fantasy XV.

Resident Evil VII Biohazard was also announced, catching everyone by surprise, and it looks to be far more horror orientated than the rest of the series. Resident Evil VII is launching 24 January  2017, and is playable with or without PlayStation.VR.

Next came a look at Call of Duty: Infinite Warfare. Honestly, until the shooting started, I didn’t know this was a Call of Duty game. The spaceship combat looks amazing, and I’m actually quite excited for the game now. Some Modern Warfare Remastered footage got shown off too, and both will be available on 4 November 2016.

Sticking with casual and funny, here’s a new cinematic trailer for LEGO Star Wars: The Force Awakens. The serious dialogue feels a little too contrary with the silly visuals, but the game does look like a lot of lighthearted fun. There’s also a PS4 exclusive demo available now in case you want to take it for a spin, and the game launches on 28 June.

I’m left wondering how much the developers are going to make fun of Kylo Ren’s obsession with Darth Vader, and whether or not they used this hilarious Twitter account for original material.

And then sh*t got real: Andrew House took to the stage to welcome Hideo Kojima back to E3. The crowd went appropriately nuts, and Kojima showed off what he and the team at Kojima Productions have been doing since splitting from Konami. It’s called Death Stranding, and I can’t fathom what it’s about. There’s no release date or other info, all we have is a naked Norman Reedus on a beach surrounded by dead things.

Next up, Insomniac Games is working on Spider-Man. Yeah, no preamble or anything, just an announcement of what might be the most perfect match-up of developer and franchise. No real details at the moment, but I can’t wait.

Is this console generation going to be the one defined by games that drop sub-titles and just call themselves [X franchise]? I think so.

Closing out strong was an extended look at Days Gone, the next title by Bend Studios. Bend has quite the storied history, having worked on Bubsy 3D, and the Syphon Filter series. Days Gone was shown off with a cinematic trailer at the opening of the conference, but its gameplay reveal was given here.

The game looks a lot like an open-world The Last of Us, starring a former biker exploring a post-apocalyptic world. The visuals and animations look amazing, and there was some intense action. And zombies. Floods of zombies, more zombies than I’ve ever seen on a PlayStation. Check the video out below, it looks incredible.

That brought the PlayStation E3 conference to a close, and it was definitely the strongest showing of the year. Right off the bat, it was just games, games, games, and wish fulfillment. Everything I wanted them to talk about, they talked about, and more besides that.

You can check out the full conference below, it’s worth it utterly, especially for the full orchestra that kept on playing throughout. 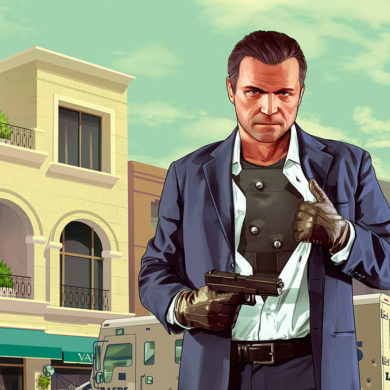