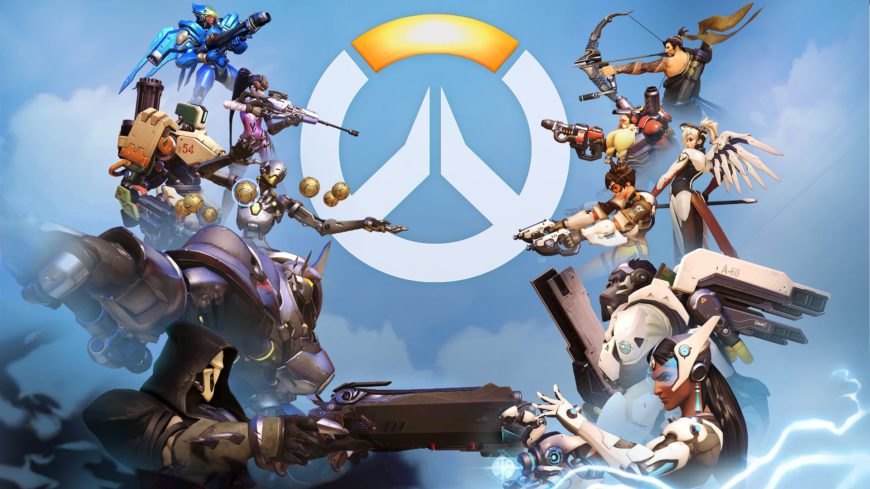 A sniper. That’s also a support. With a gun that heals players. That’s what Blizzard is working on for Overwatch‘s next character drop, according to a not-so-confidential-now-is-it “Prototype Biotic Rifle” blueprint posted on the game’s official Twitter stream.

“As discussed, this is the proposed rifle that could be equipped by medics in the field,” Torbjörn explains to colleagues Jack “Soldier: 76” Morrison and Gabriel “Reaper” Reyes. With reference to Dr. Angela “Mercy” Ziegler, he adds that, “Despite what my esteemed colleague will surely suggest, the application of her biotic technology is only intended to be used for healing.”

It looks like it also has some sort of grapple attachment. Or is that a canister attachment? DUNNO. 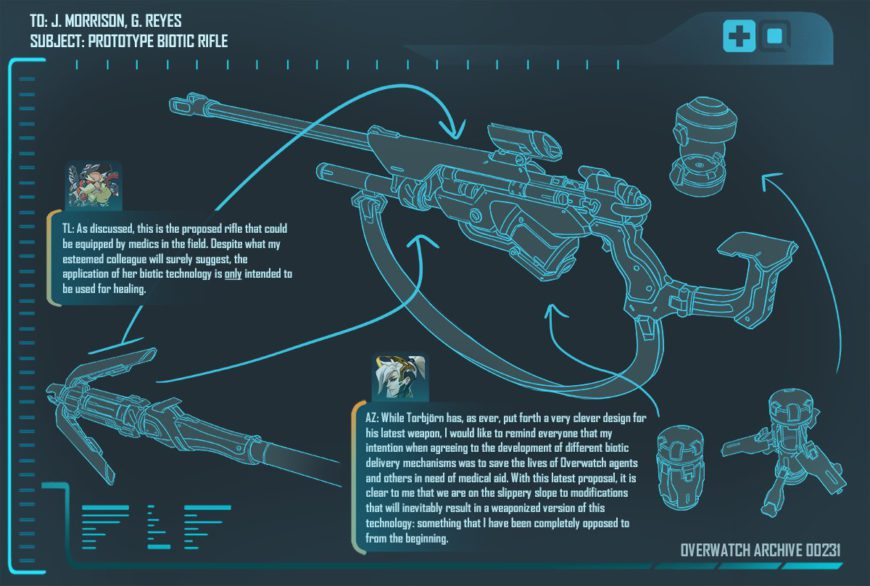 “While Torbjörn has, as ever, put forth a very clever design for his latest weapon, I would like to remind everyone that my intention when agreeing to the development of different biotic delivery mechanisms was to save the lives of Overwatch agents and others in need of medical aid,” Mercy replies. “With this latest proposal, it is clear to me that we are on the slippery slope to modifications that will inevitably result in a weaponized version of this technology: something that I have been completely opposed to from the beginning.”

Radio chatter around the internet suggests that the new character will be called Sombra (Spanish for “shadow”), which may or may not be the codename for Ana Amari, one of the founding members of the Overwatch team, and the mother of rocket-blaster Fareeha “Pharah” Amari. This speculation is boosted by the corresponding Brazilian Overwatch Twitter post, which also includes “A. Amari” on the blueprint recipient list. Reaper also has some links to the elusive who-is-it, with a voice line that asks, “Where’s Sombra when you need her?” 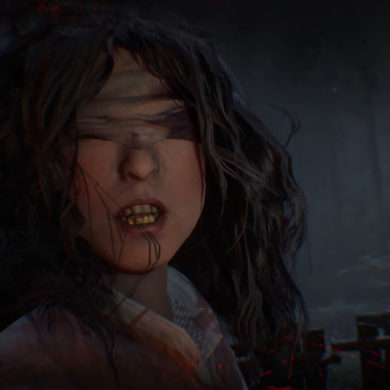